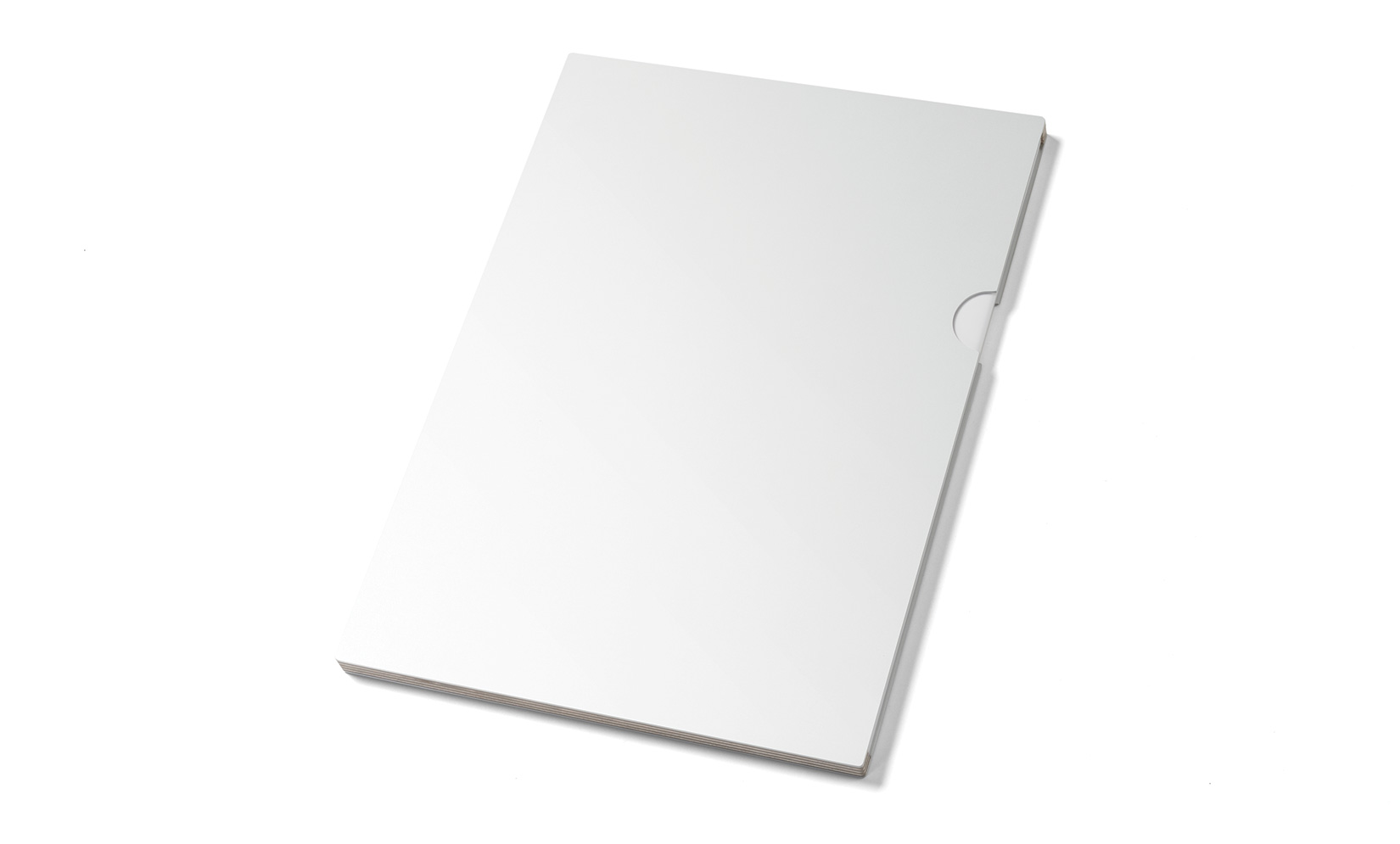 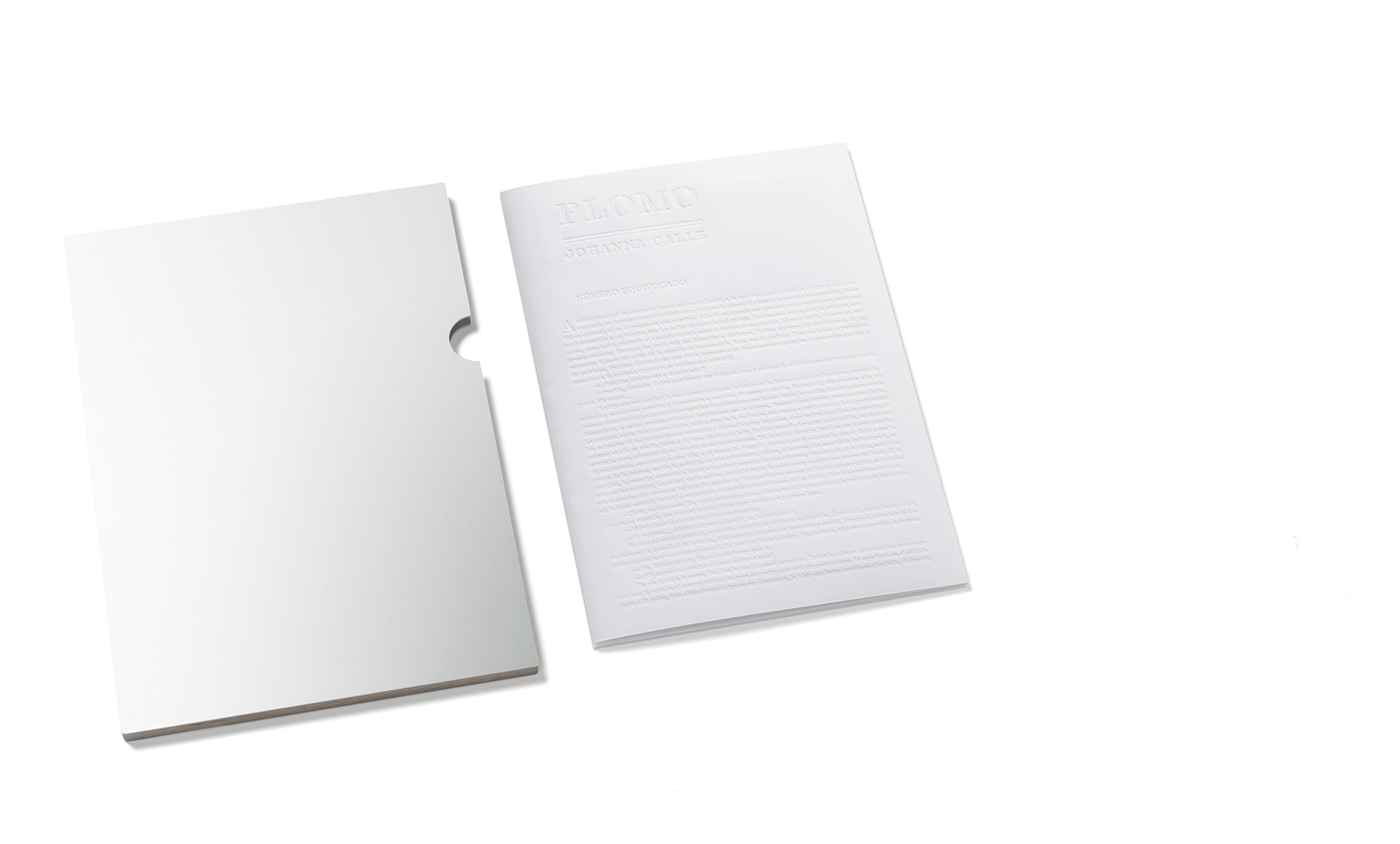 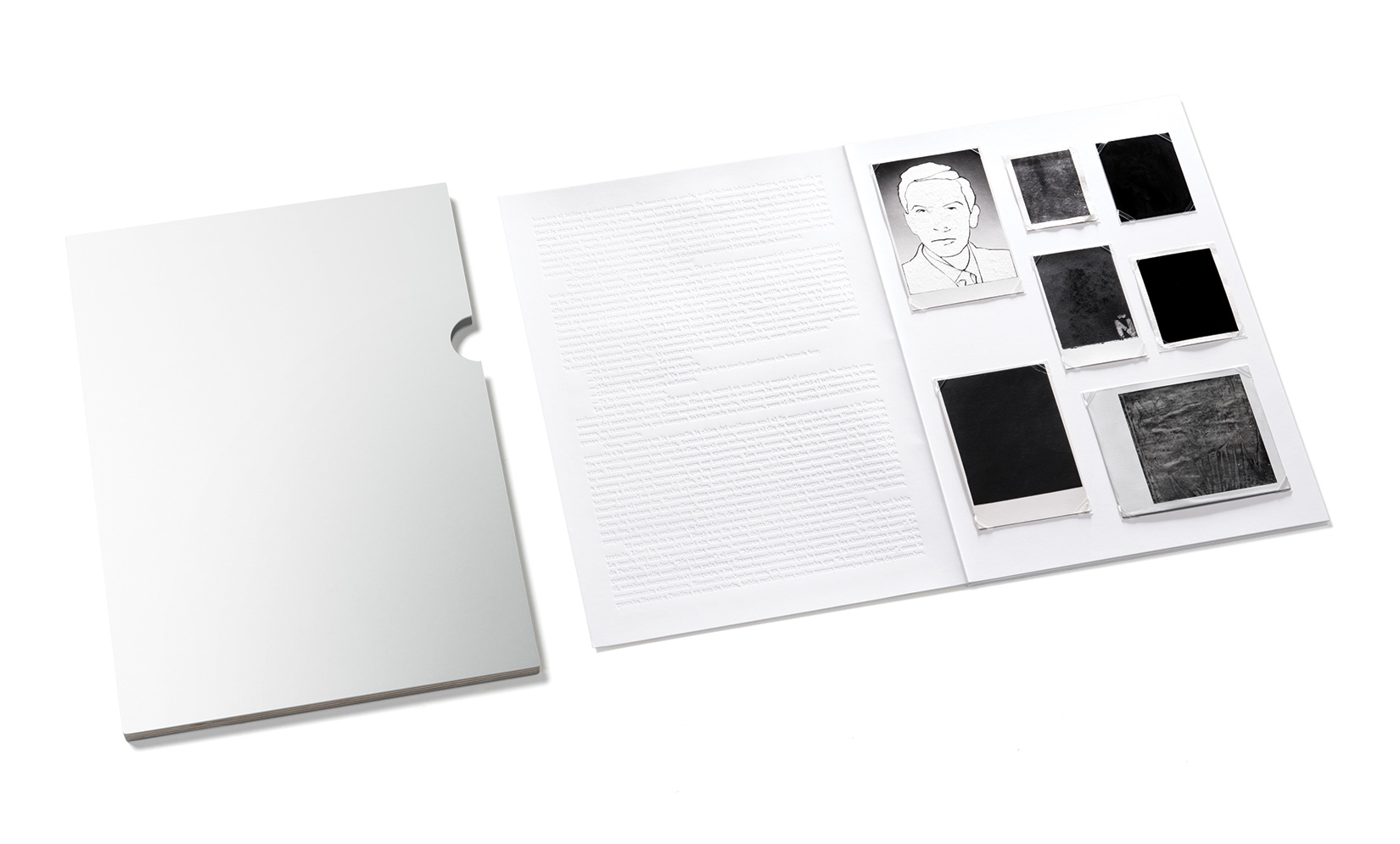 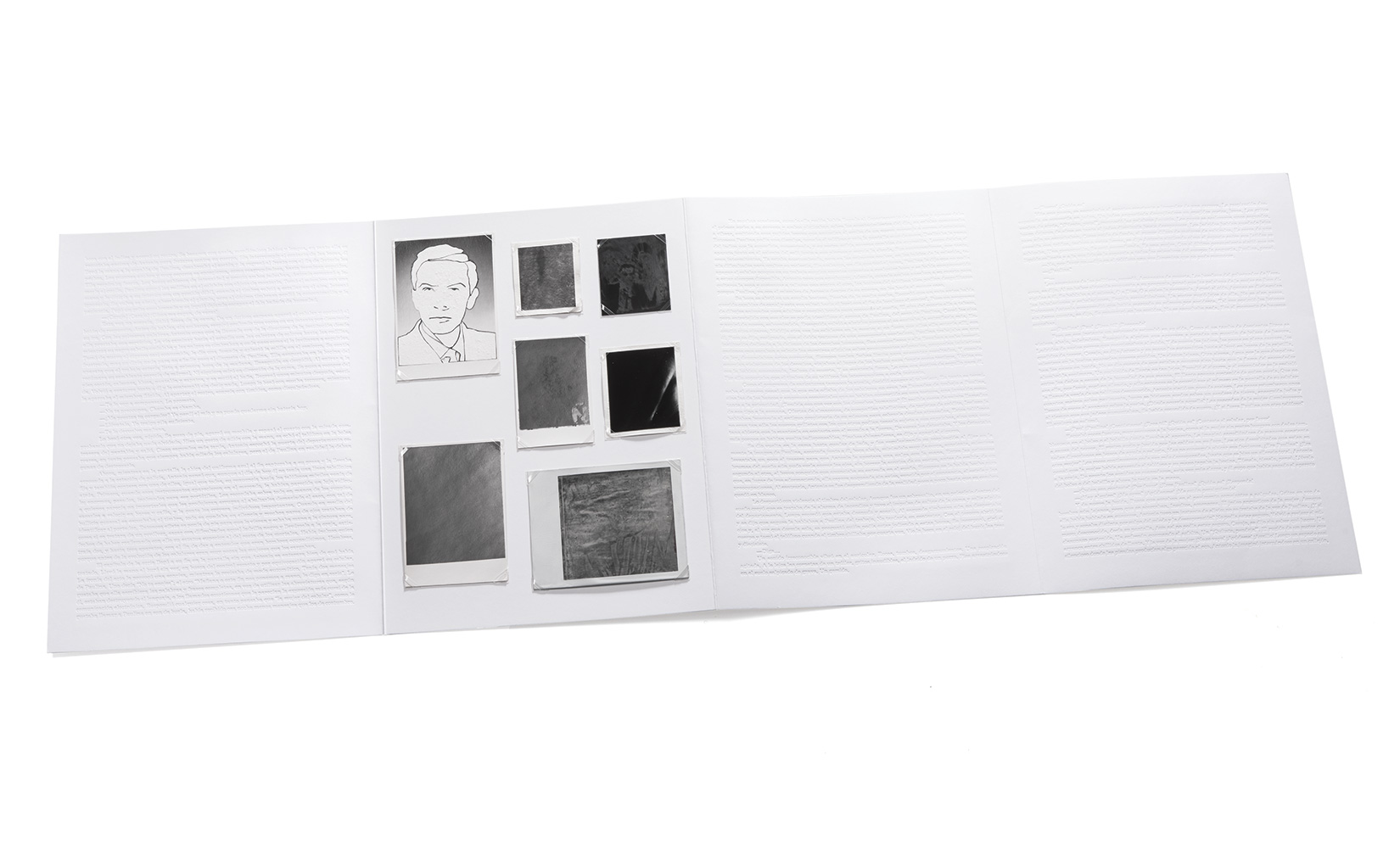 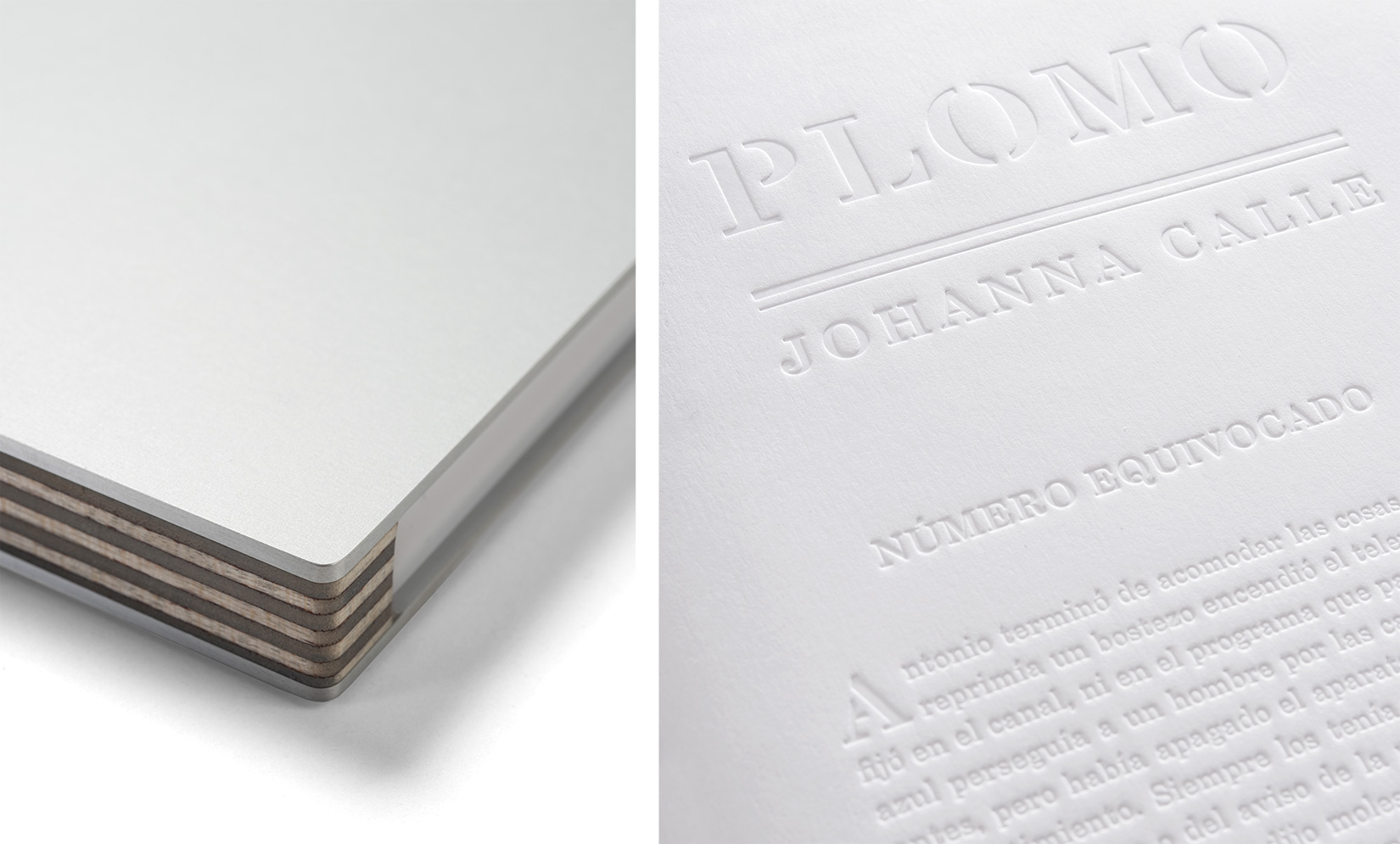 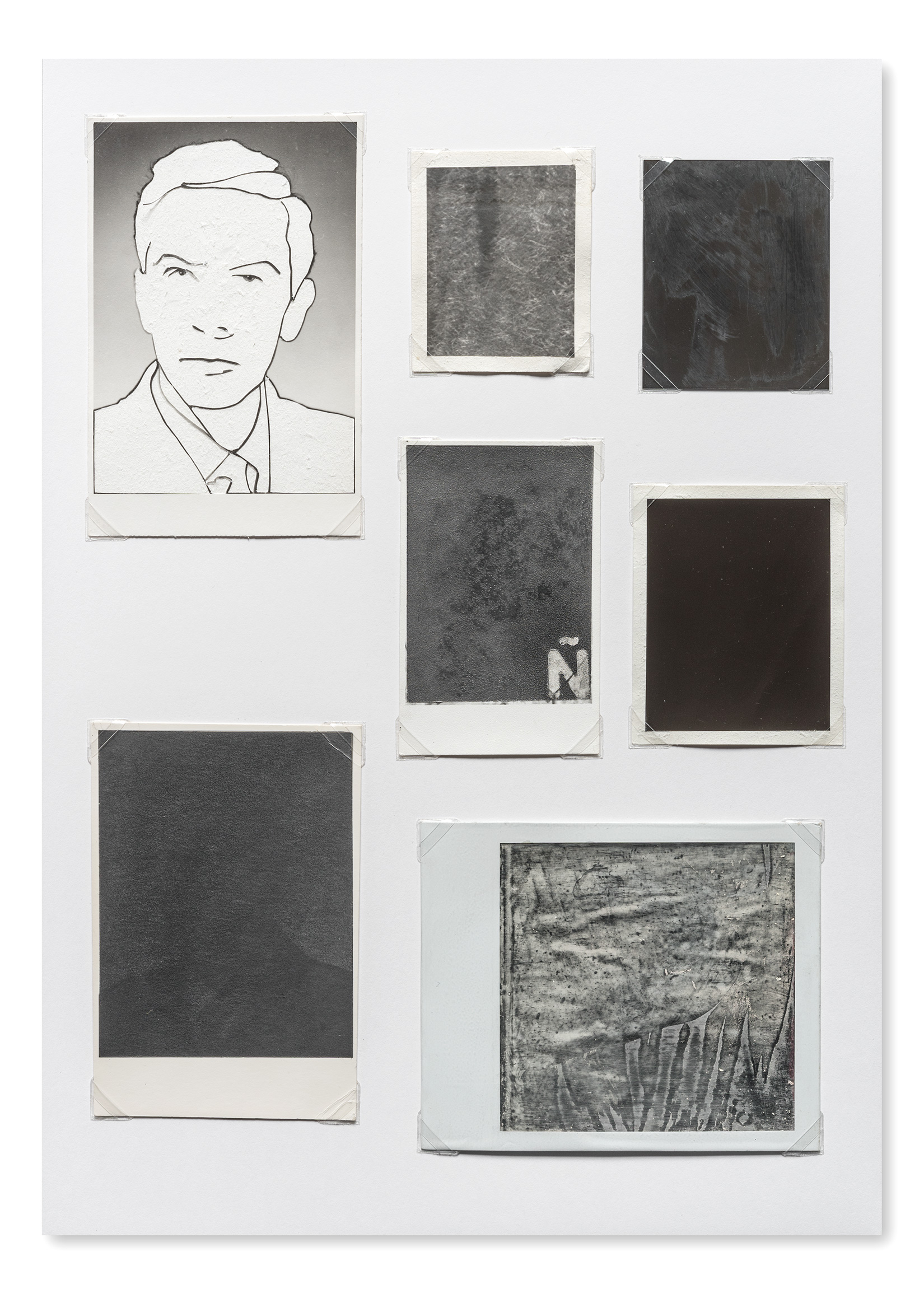 “For the artist’s book Plomo (Lead) I worked with an alphabet of twenty-seven letters, each one associated with a published book, among twenty- seven different works. Under each alphabetic sign I gathered a group of seven photographic drawings. On one of them, in the lower right corner, is the letter that identi es the group. Each of the photographic drawings is unique, the result of a direct intervention into an original vintage photograph.”

“Out of every thousand photos found, only a few really grab me: those that are bursting with information. For them, it is necessary to efface a part in order to render the essential visible. It is a matter, in short, of removing what seems to me superfluous and bringing out the latent image. There is nothing left to chance in selecting a photo to be intervened. It requires looking at the same image again and again, seeing it in its context, comparing it to a thousand others. It is by identifying its singularity that I am led to describe it as a resonant image.”

Following studies in the visual arts at the Talleres Artísticos of the Universidad de los Andes in Bogotá from 1984 to 1989, Johanna Calle received a British Council scholarship in 1993 to earn a master’s degree at the Chelsea College of Art and Design in London. Her work draws on a range of archival and deciphering techniques, often associated with everyday life, to address the violence of recent Colombian history and evoke the victims of forced disappearances. Among her most recent solo exhibitions are Submergentes: A Drawing Approach to Masculinities, at the Museum of Latin American Art in Long Beach, California; The Air We Breathe, at the San Francisco Museum of Modern Art in 2011; Hexagon, at Sàn Art in Ho Chi Minh City; When Attitudes Became Form Become Attitudes, as well as K, at the Wattis Institute for Contemporary Arts in San Francisco in 2012; Foto gramática, at the Galerie Krinzinger in Vienna; Perspectivas, at the Galerie Ivo Kamm in Zürich; Marking Language at the Drawing Room in London; América Latina 1960-2013, at the Fondation Cartier pour l’art contemporain in Paris, in 2013; Indicios, at the Casa Riegner in Bogotá in 2014; the retrospective Silentes 1985-2015, at the Museo de Arte del Banco de la República in Bogota in 2015; and Dibujos/Dessins, at the Maison de l’Amérique latine in Paris in 2017.

Born in 1965 in León, Mexico.
Eduardo Antonio Parra is a virtuosic newcomer to the great Mexican literary tradition embodied by Juan Rulfo and Carlos Fuentes. His short stories are set in the northern border region, along the Río Bravo, in Ciudad Juárez (considered one of the most dangerous cities in the world), or in Monterrey, where he grew up, a city, he writes “that engenders nocturnal animals thirsting for blood.” Parra was awarded the Prix Antonin-Artaud in 2009. In 2011, Éditions Zulma published a French translation of one of his most important collections of the short stories under the title Les limites de la nuit.