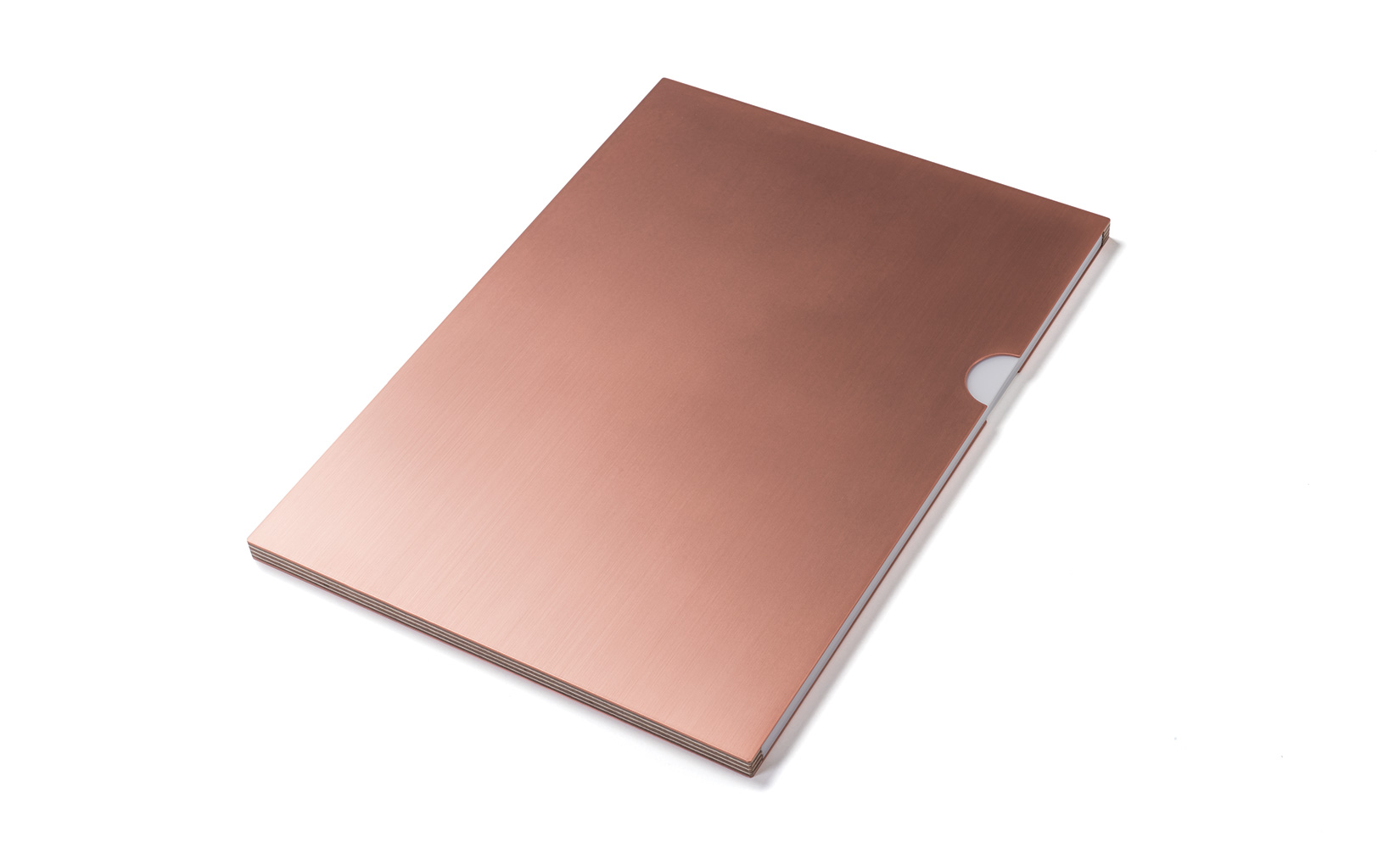 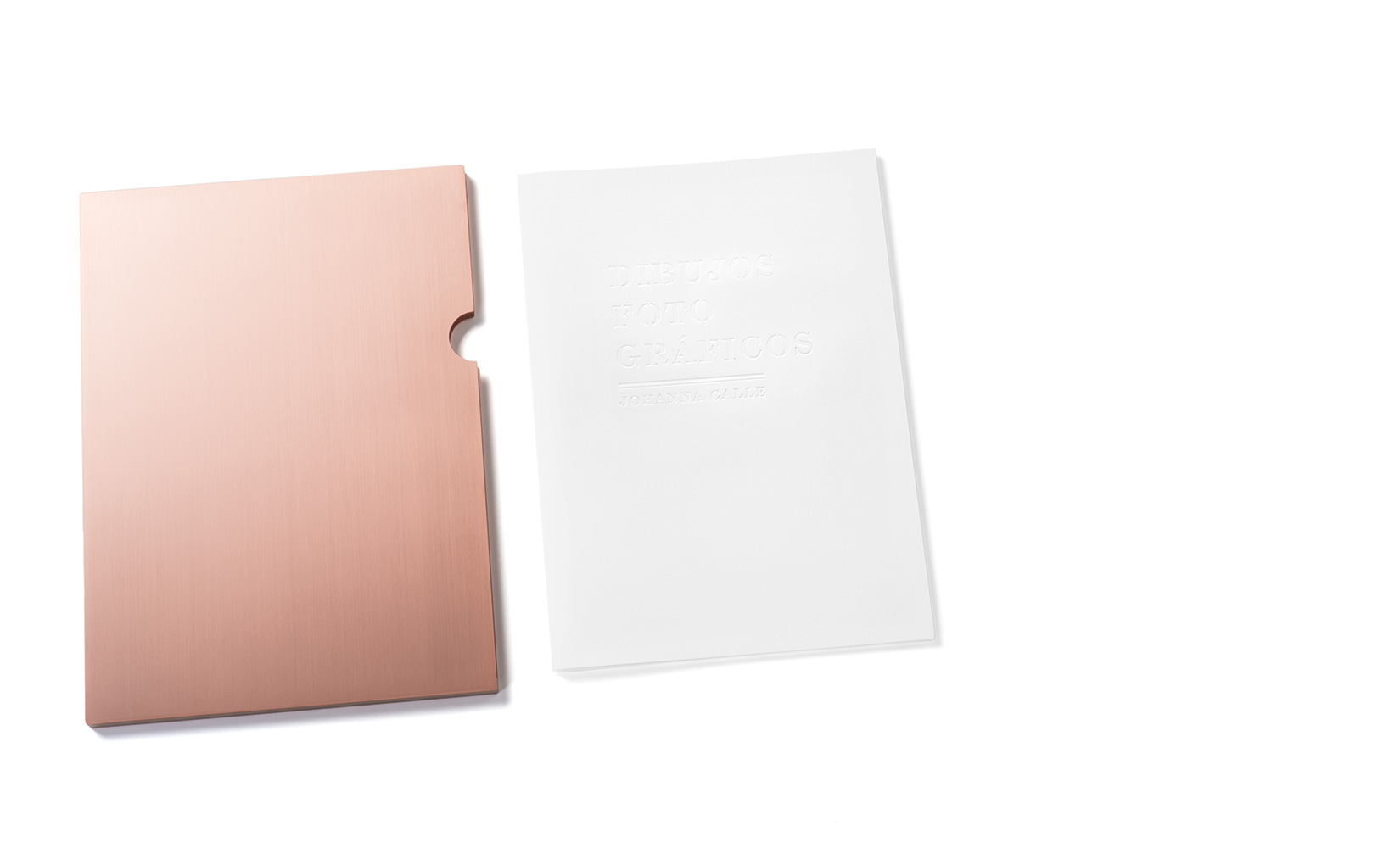 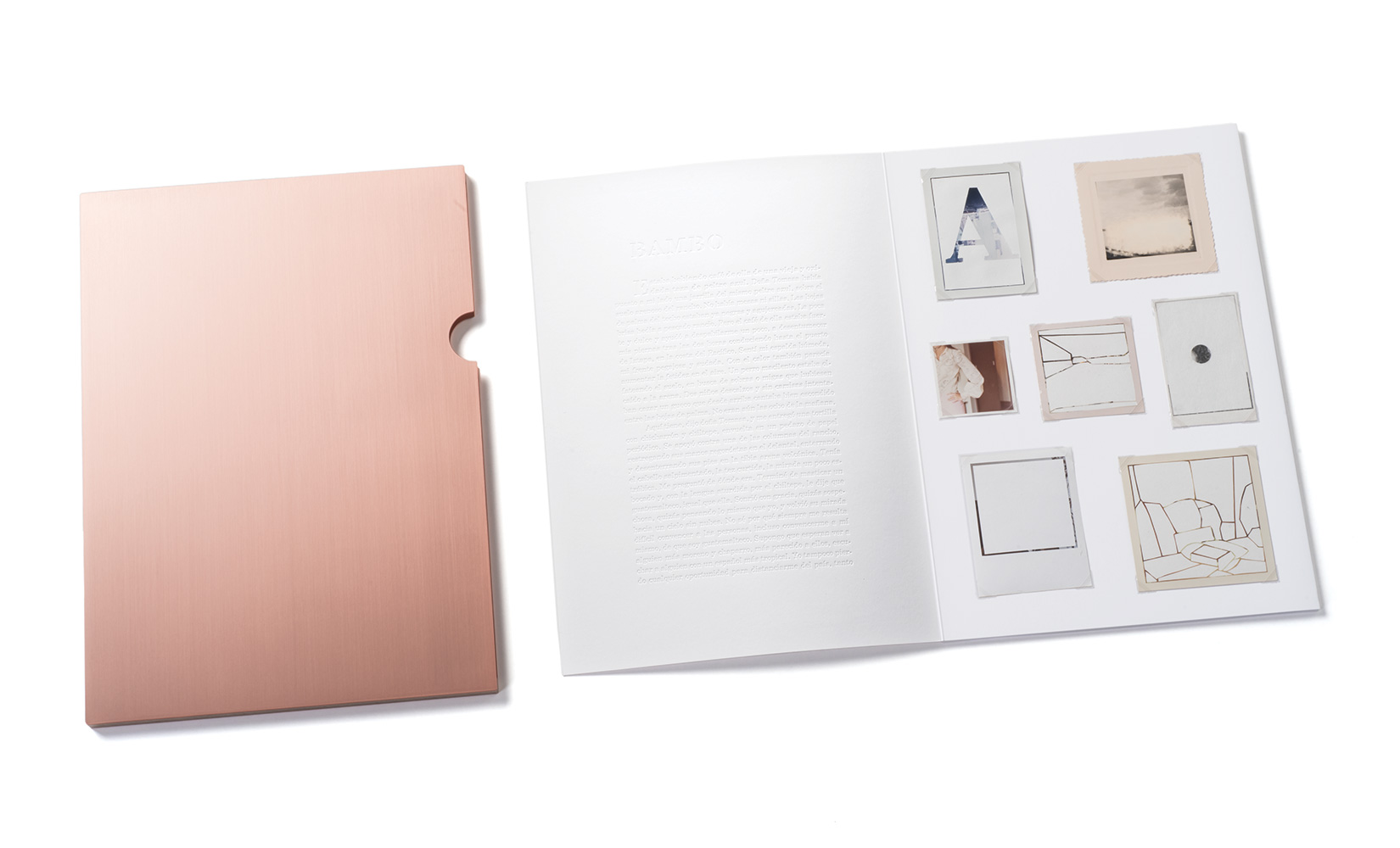 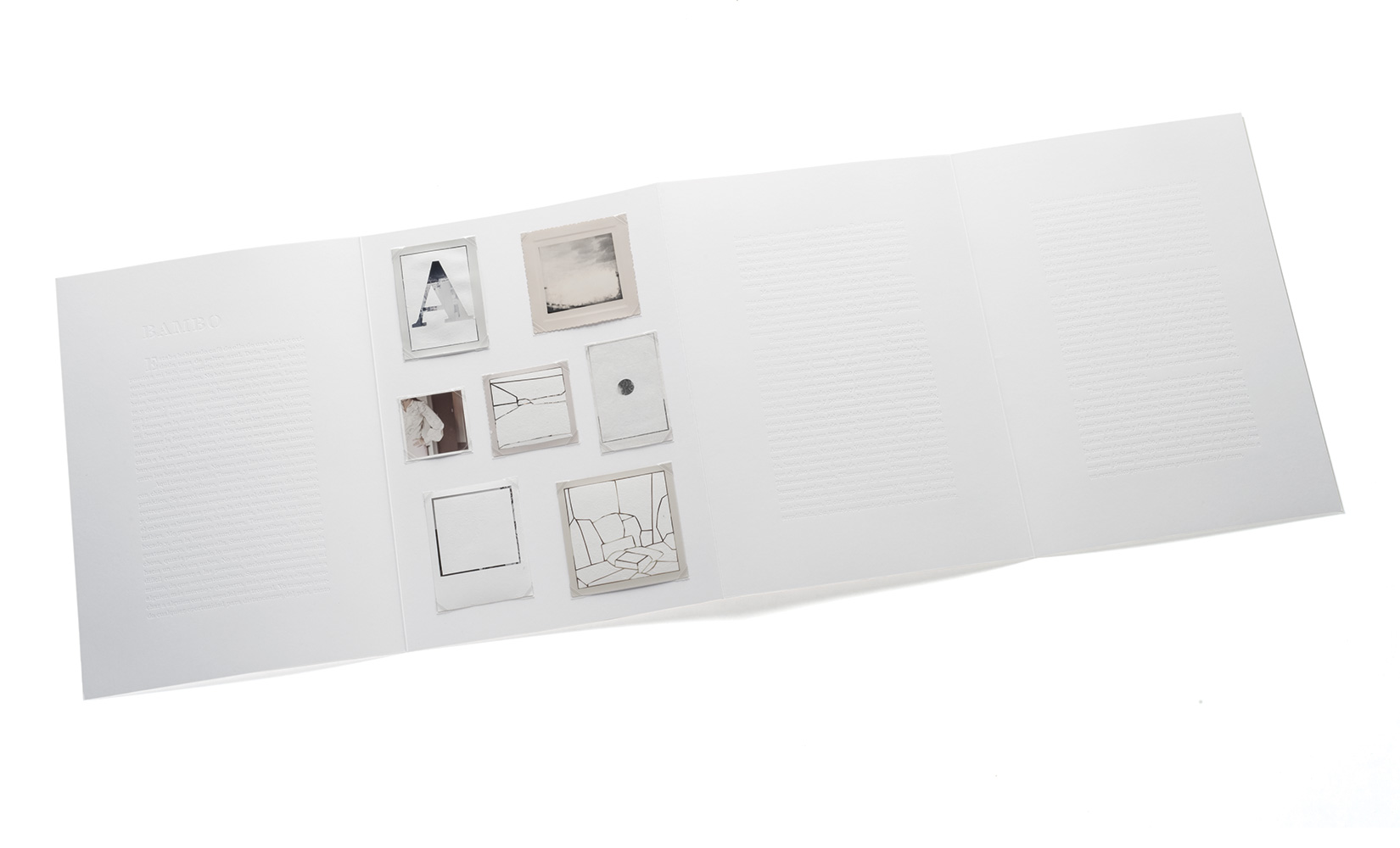 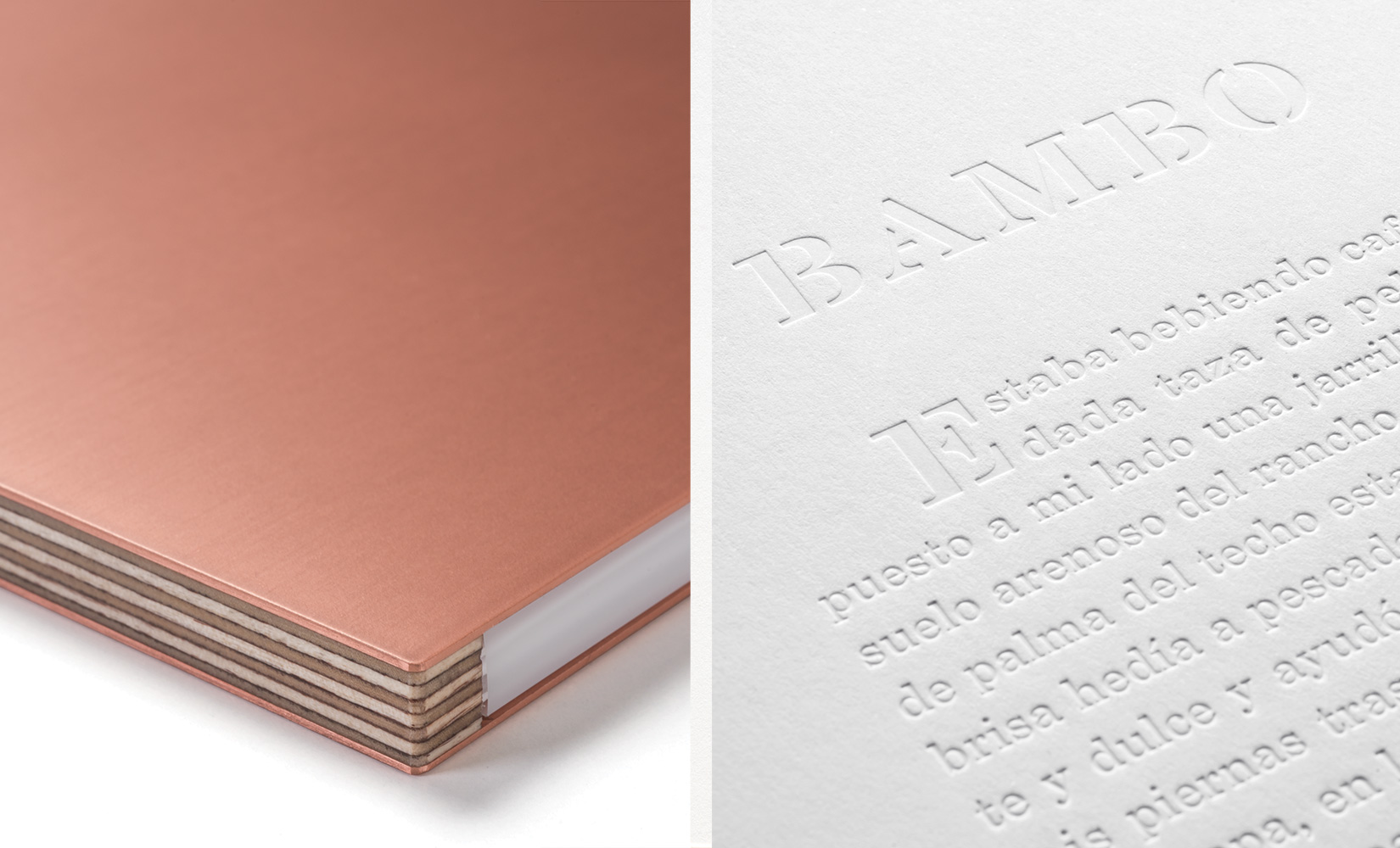 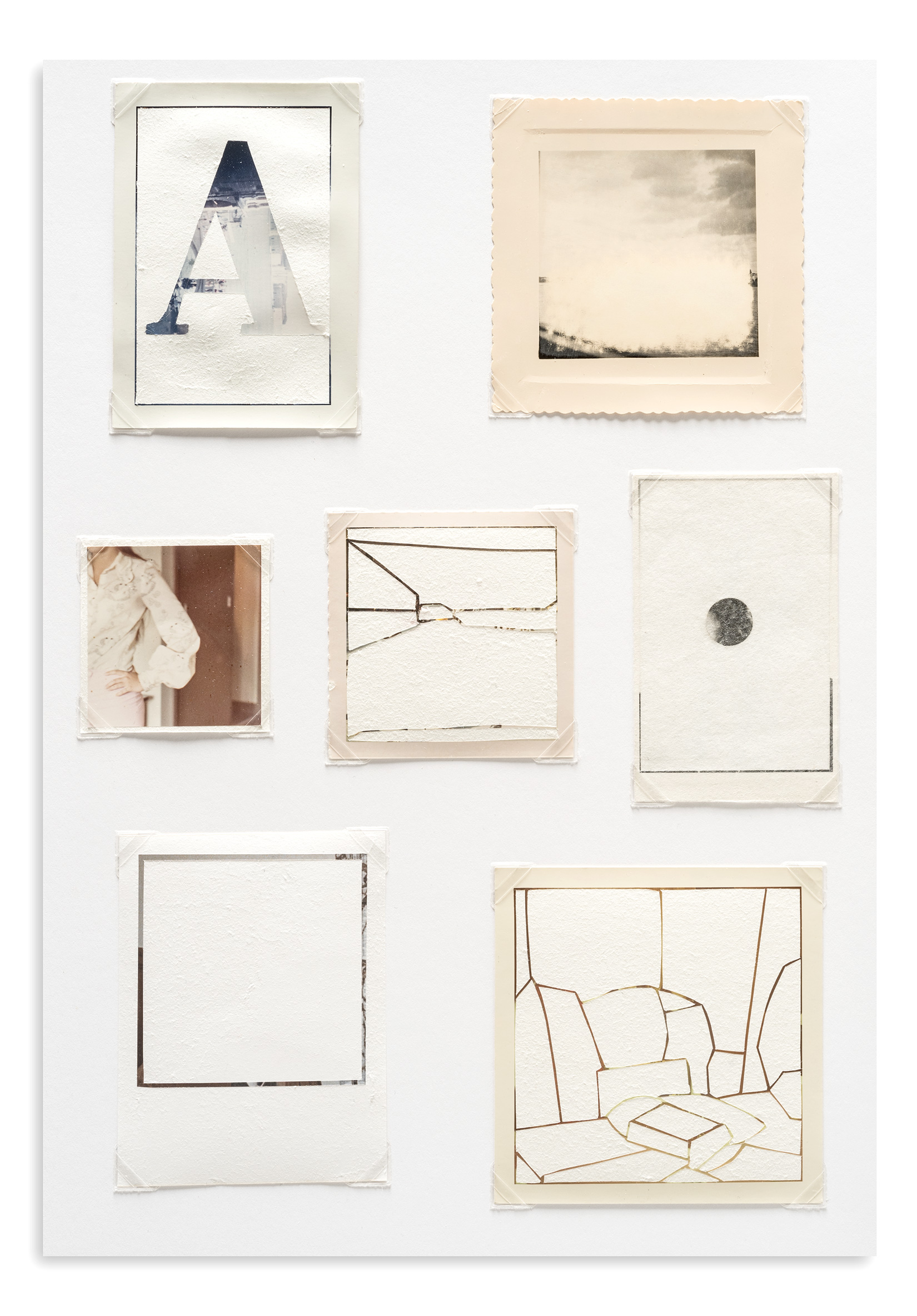 Johanna Calle (Colombia, 1965) appropriated and intervened a group of anonymous Polaroid prints from the 1970’s, a tumultuous era in Latin American history filled with campaigns of political repression involving the disappearances and assassinations of political opponents, implemented by the dictatorships in place. The Colombian artist, here, builds images by obliterating information in order to reveal a new reality, outlining the negative spaces and memory gaps in Latin American history.

The works investigate the notions of disappearance of the physical body, in reference to the kidnappings that shook the history of her country. “Erasing, cutting, replacing or covering”, she says, “emphasize the fact that there is something missing. No matter how exhaustive these actions are, there are always residues that point out that what is absent; there are often traces that are barely visible. It could be said that these processes are strategies particular to drawing or any form that modifies a surface with a voluntary gesture. These actions represent for me a controlled way to obtain eloquent images through a criticism of dominant powers.”

For Johanna Calle the medium of drawing is similar to a language that is constantly adapting itself, integrating new expressions, voices and terms. The dynamism and versatility that she finds in different forms of drawing allow her to work with an array of materials.

Following studies in the visual arts at the Talleres Artísticos of the Universidad de los Andes in Bogotá from 1984 to 1989, Johanna Calle received a British Council scholarship in 1993 to earn a master’s degree at the Chelsea College of Art and Design in London. Her work draws on a range of archival and deciphering techniques, often associated with everyday life, to address the violence of recent Colombian history and evoke the victims of forced disappearances. Among her most recent solo exhibitions are Submergentes: A Drawing Approach to Masculinities, at the Museum of Latin American Art in Long Beach, California; The Air We Breathe, at the San Francisco Museum of Modern Art in 2011; Hexagon, at Sàn Art in Ho Chi Minh City; When Attitudes Became Form Become Attitudes, as well as K, at the Wattis Institute for Contemporary Arts in San Francisco in 2012; Foto gramática, at the Galerie Krinzinger in Vienna; Perspectivas, at the Galerie Ivo Kamm in Zürich; Marking Language at the Drawing Room in London; América Latina 1960-2013, at the Fondation Cartier pour l’art contemporain in Paris, in 2013; Indicios, at the Casa Riegner in Bogotá in 2014; the retrospective Silentes 1985-2015, at the Museo de Arte del Banco de la República in Bogota in 2015; and Dibujos/Dessins, at the Maison de l’Amérique latine in Paris in 2017.

Eduardo Halfon
Eduardo Halfon was born in Guatemala City. He moved to the United States with his family at the age of ten, went to school in South Florida, studied industrial engineering at North Carolina State University, and then returned to Guatemala to teach literature at Universidad Francisco Marroquín for eight years. Named one of the best young Latin American writers by the Hay Festival of Bogotá, he is also the recipient of the prestigious José María de Pereda Prize for the Short Novel. Although bilingual, Halfon chooses to write in Spanish and has published nine books of fiction. In 2011 he received a Guggenheim Fellowship to work on continuing the story of The Polish Boxer, which was the first of his books to be published in English, in 2012, by Bellevue Literary Press.