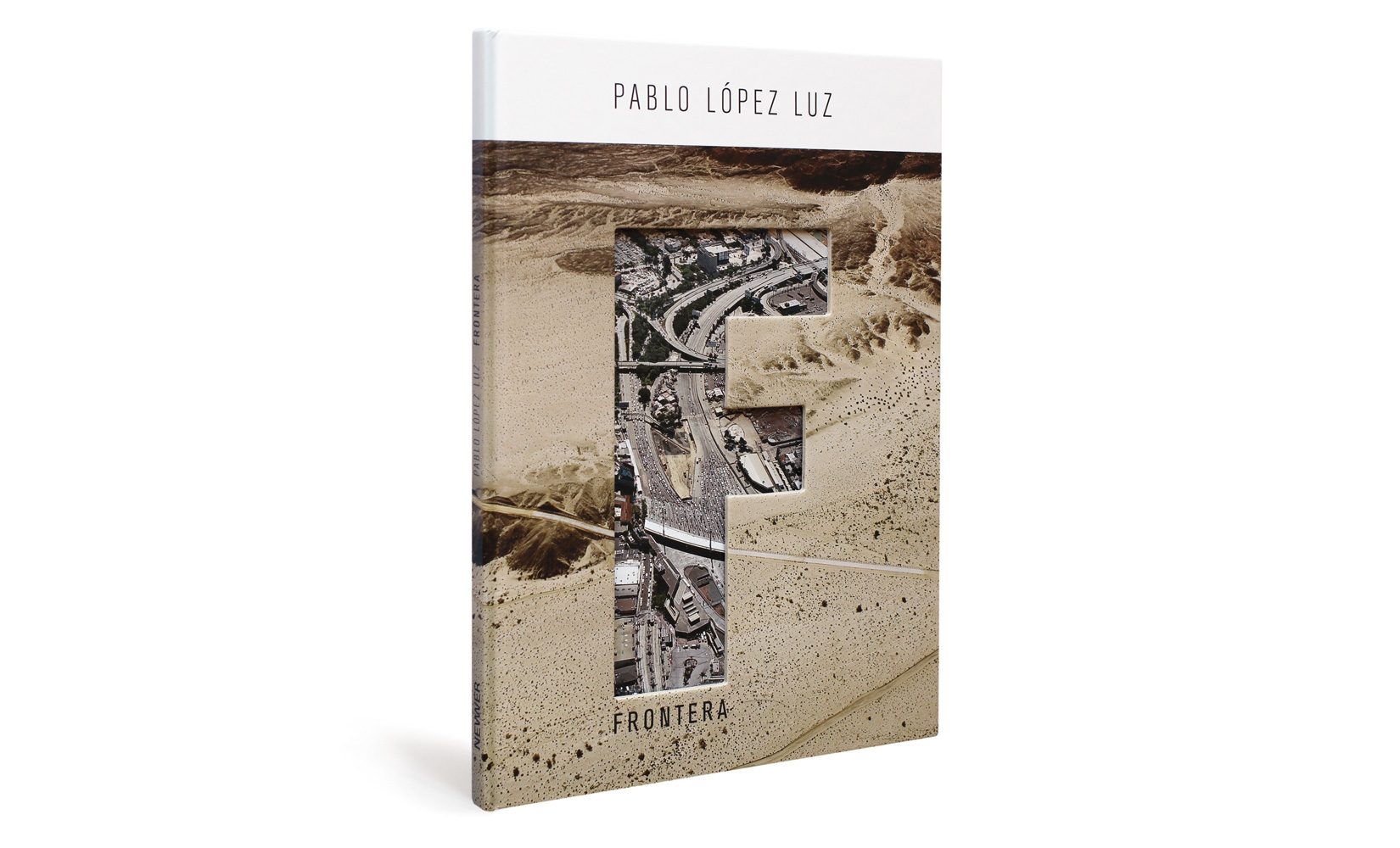 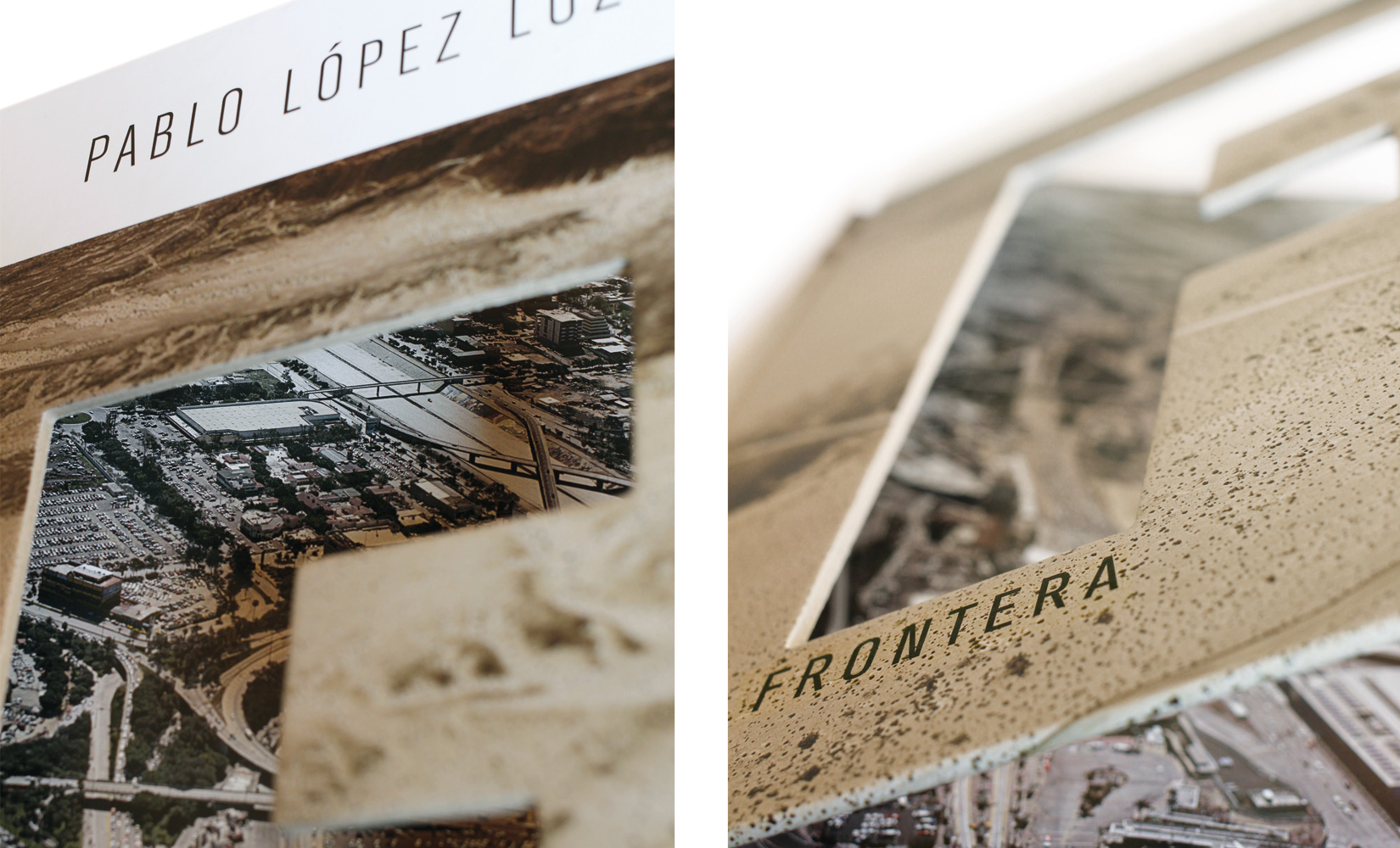 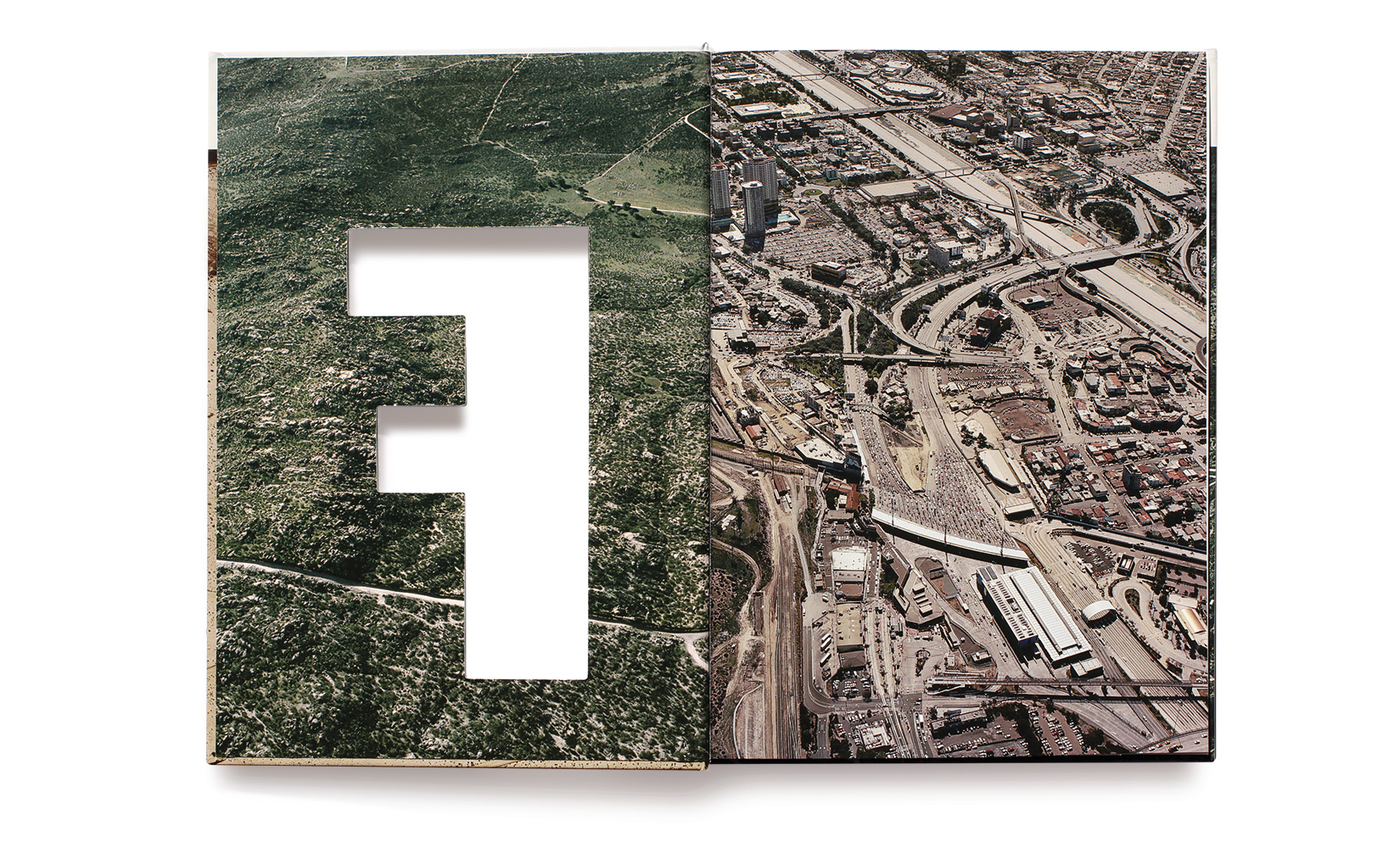 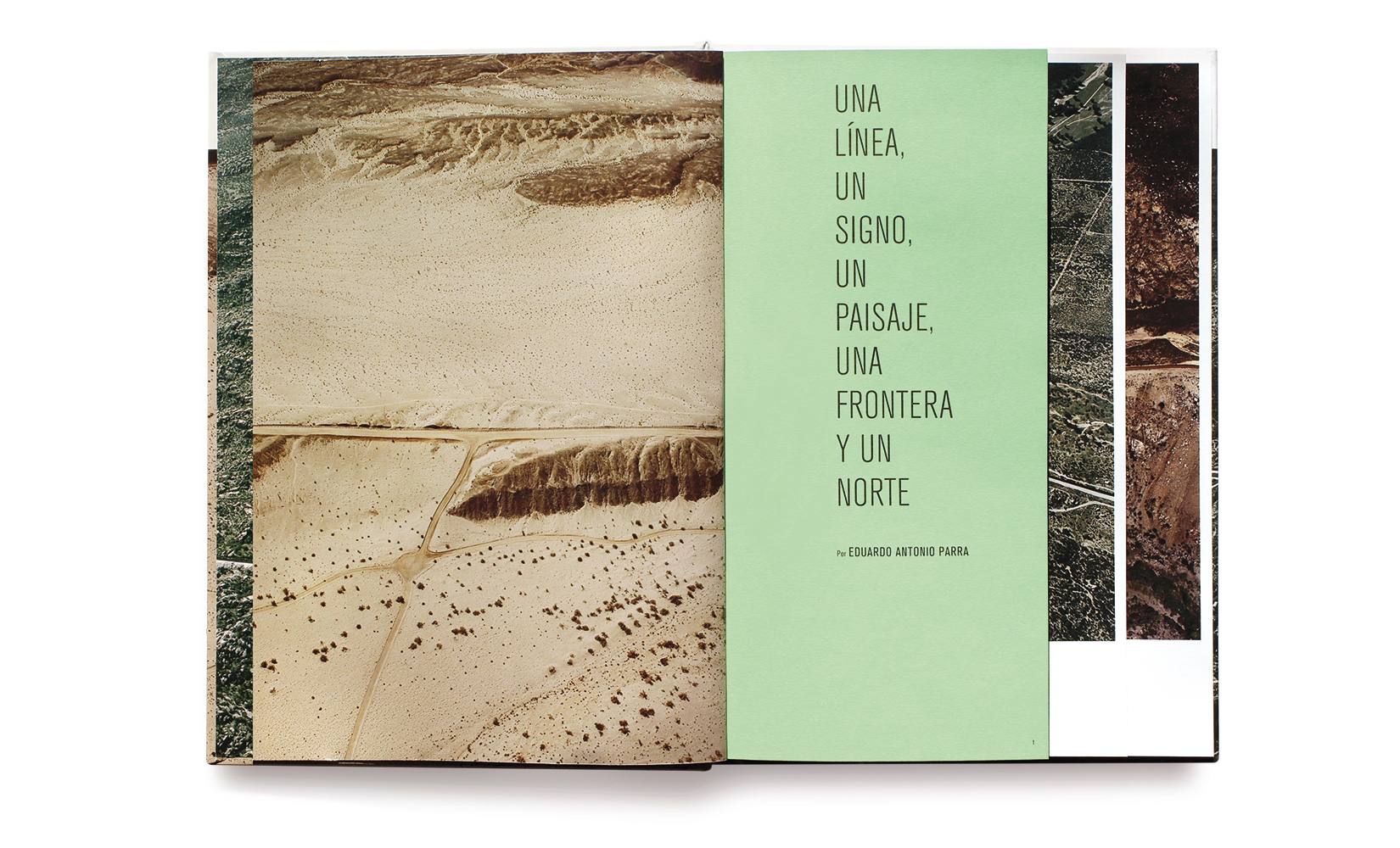 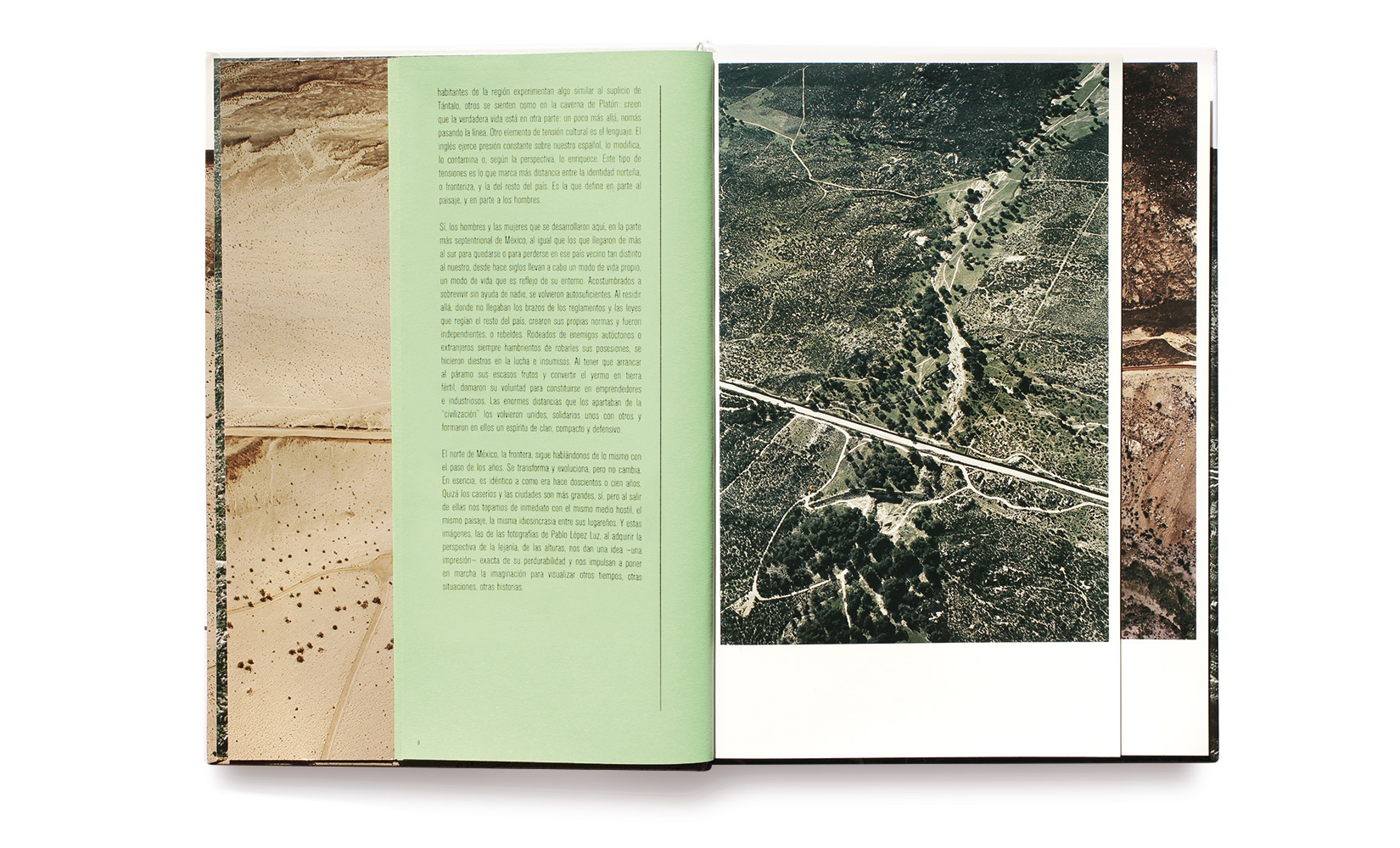 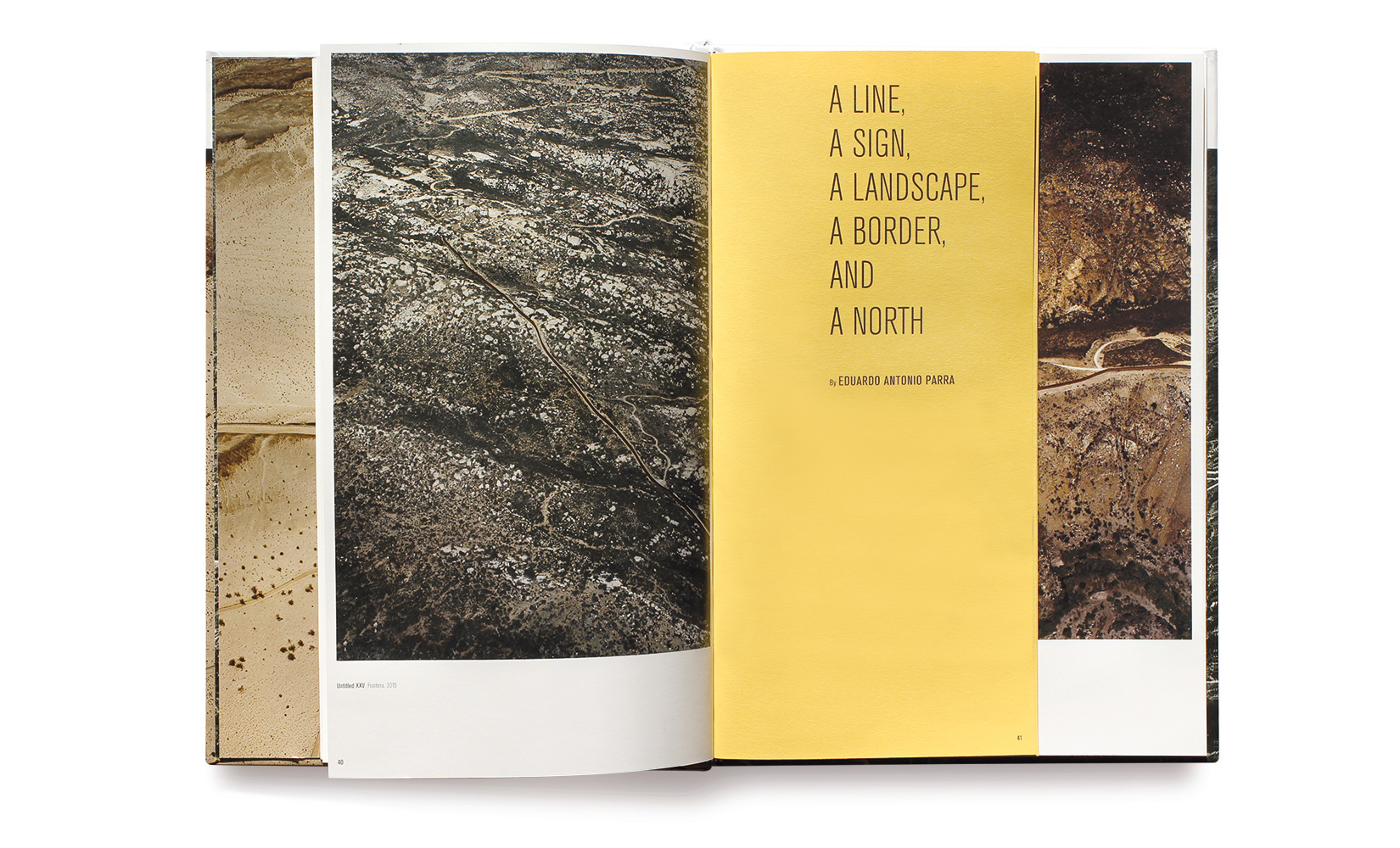 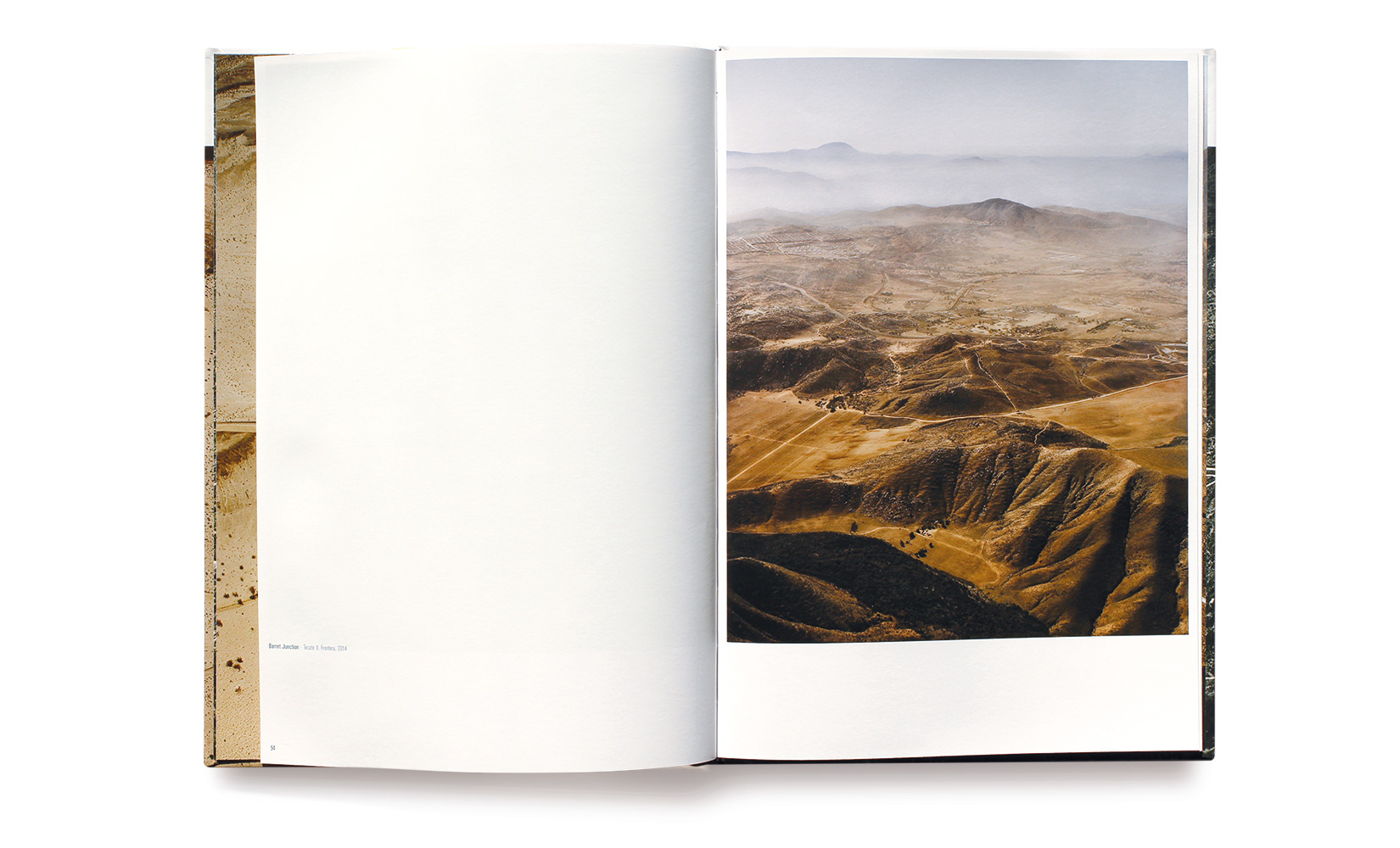 Frontera is the third book of the Mexican photographer Pablo López Luz.

« It is a project about the border, but also about the landscape and it´s relationship with man. It is a photographic project that will reinterpret the notion of the border, stripping it to its bare mínimum, to the physicality of the landscape itself: a scar in the topography of the region inscribed by man. The series is composed by aerial photographs that follow the border across different states, displaying its fluctuating architecture and its suttle interruption of the apparently homogeneous terrains. The resulting photographs will evoke line drawings of surfaces dissected by a single stroke. »

The book in both Spanish and English, includes a text by Eduardo Antonio Parra.