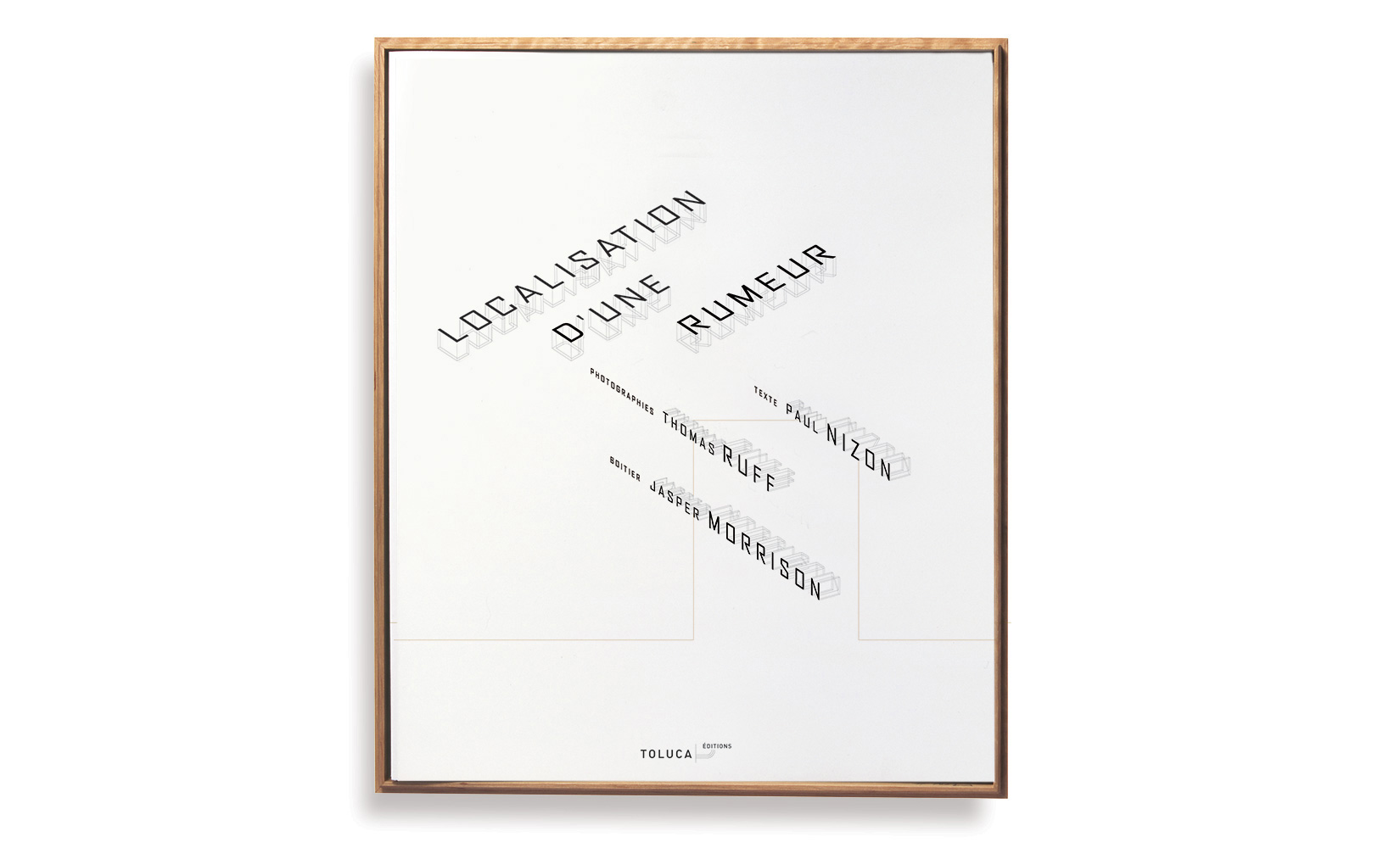 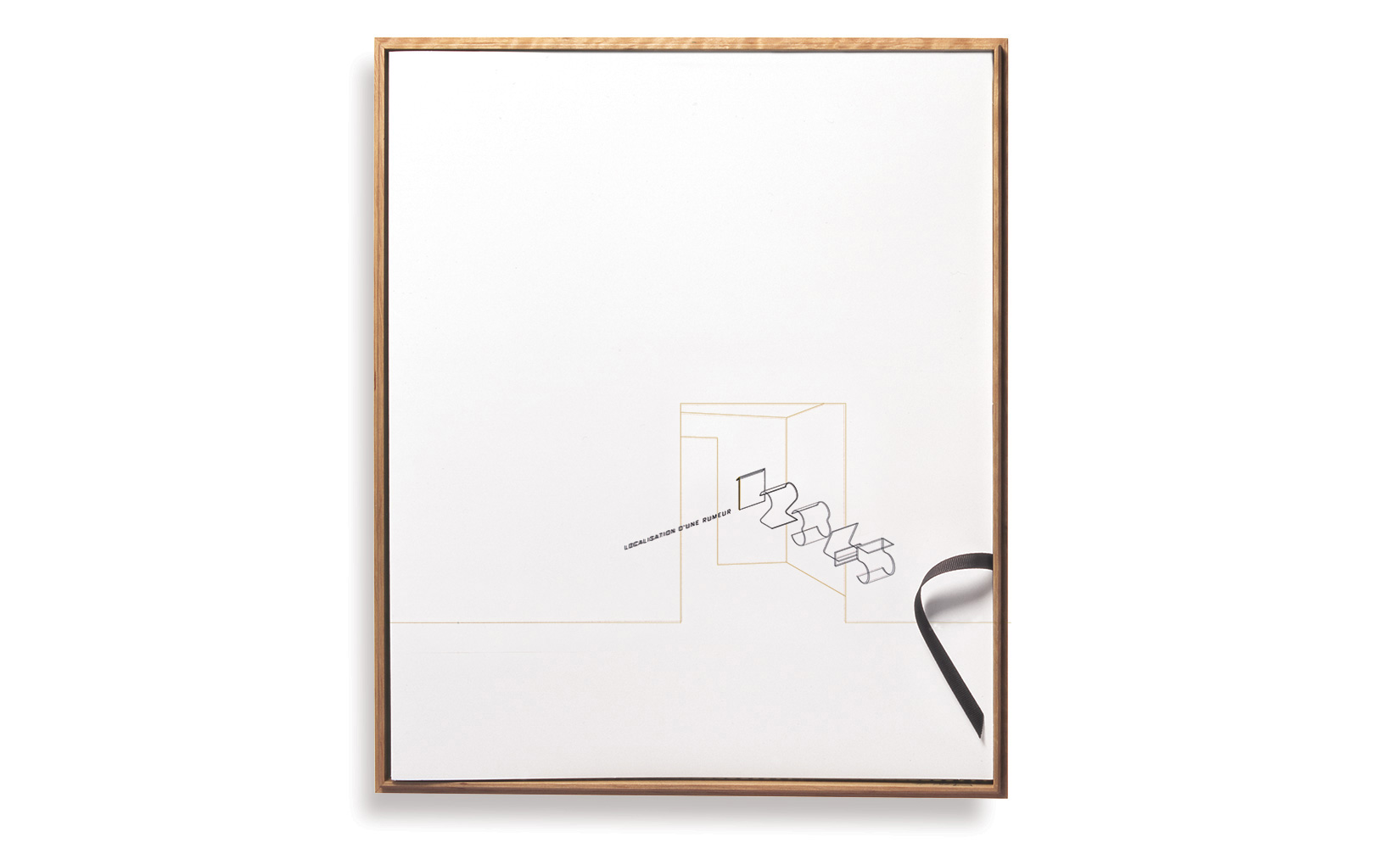 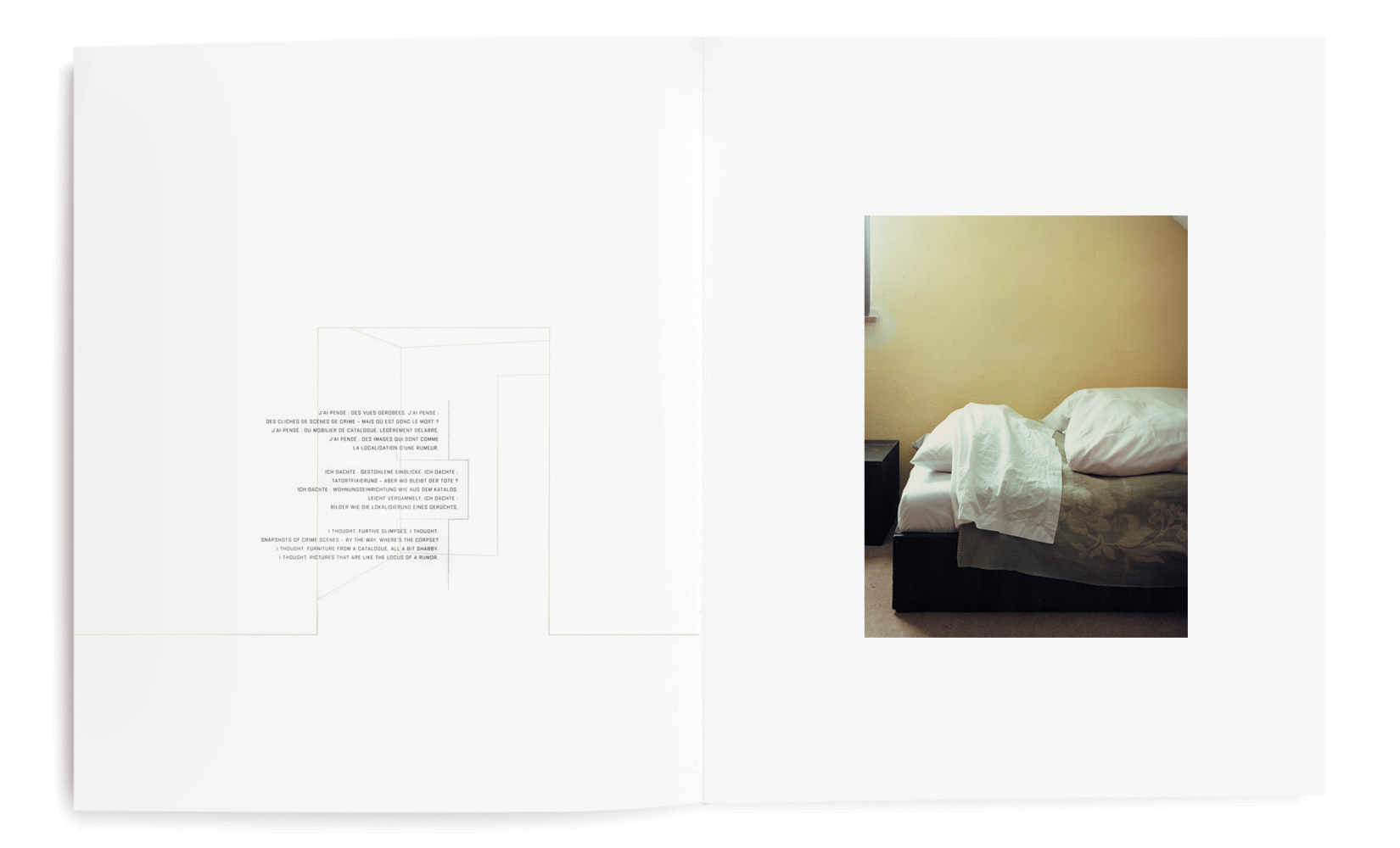 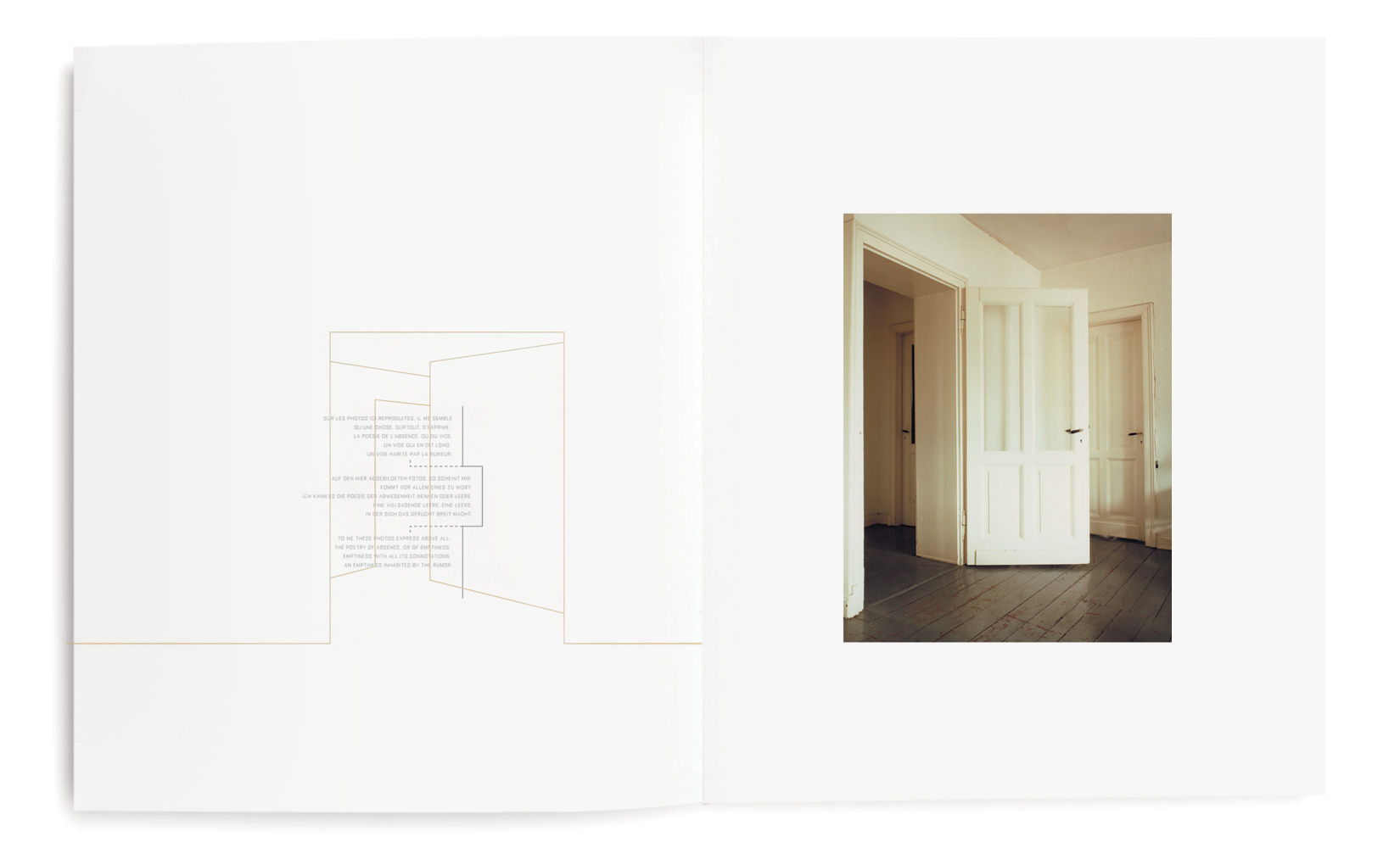 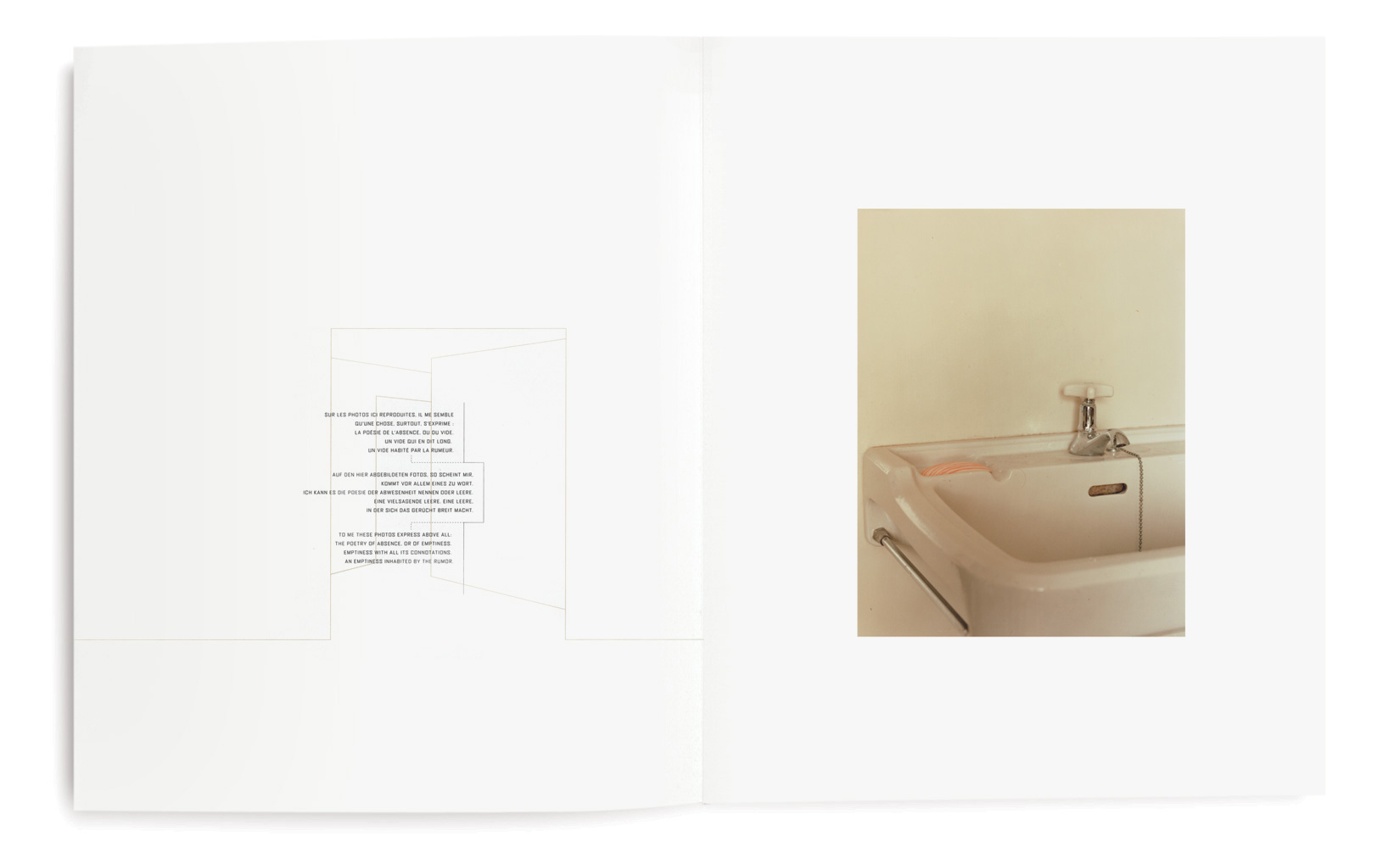 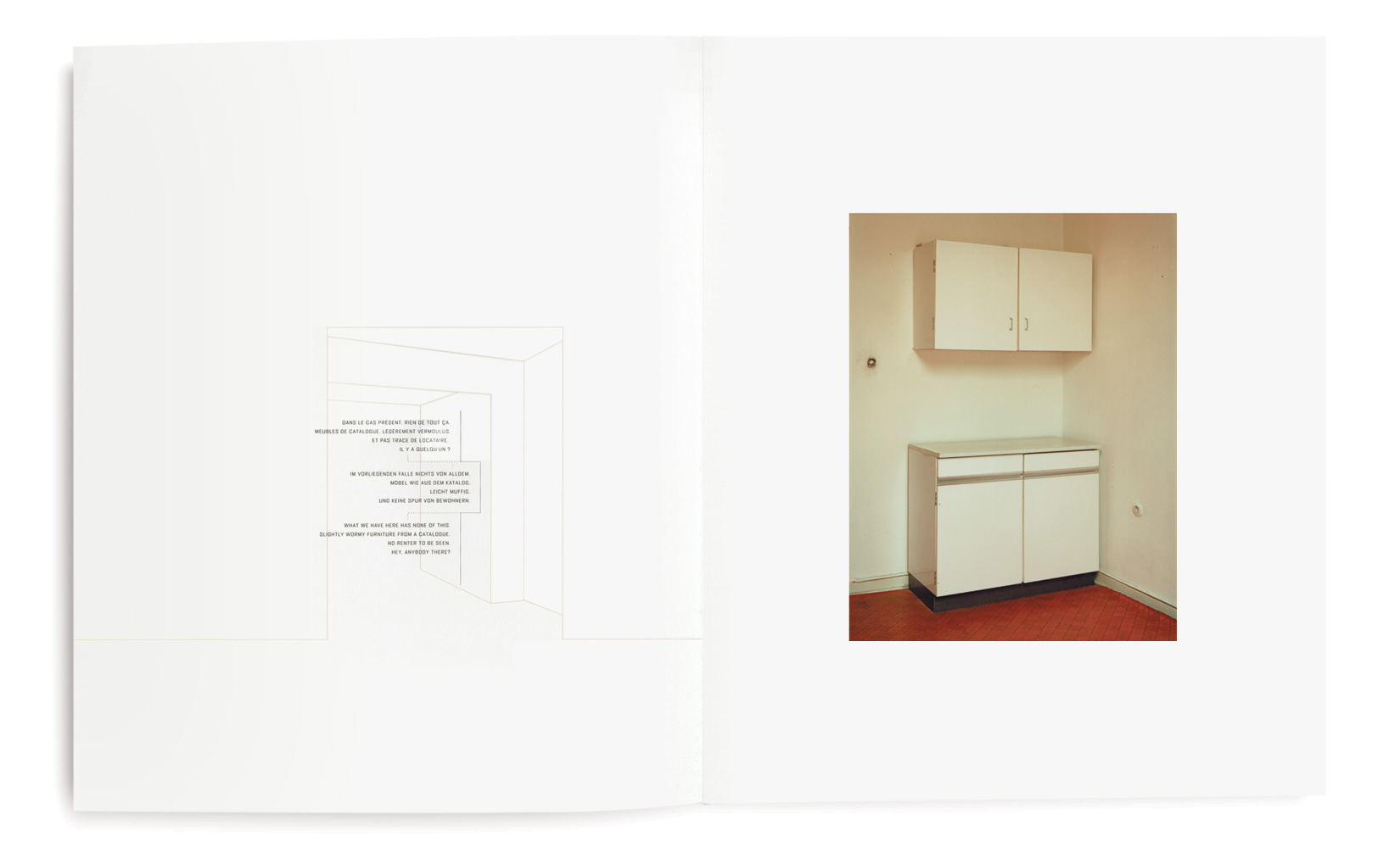 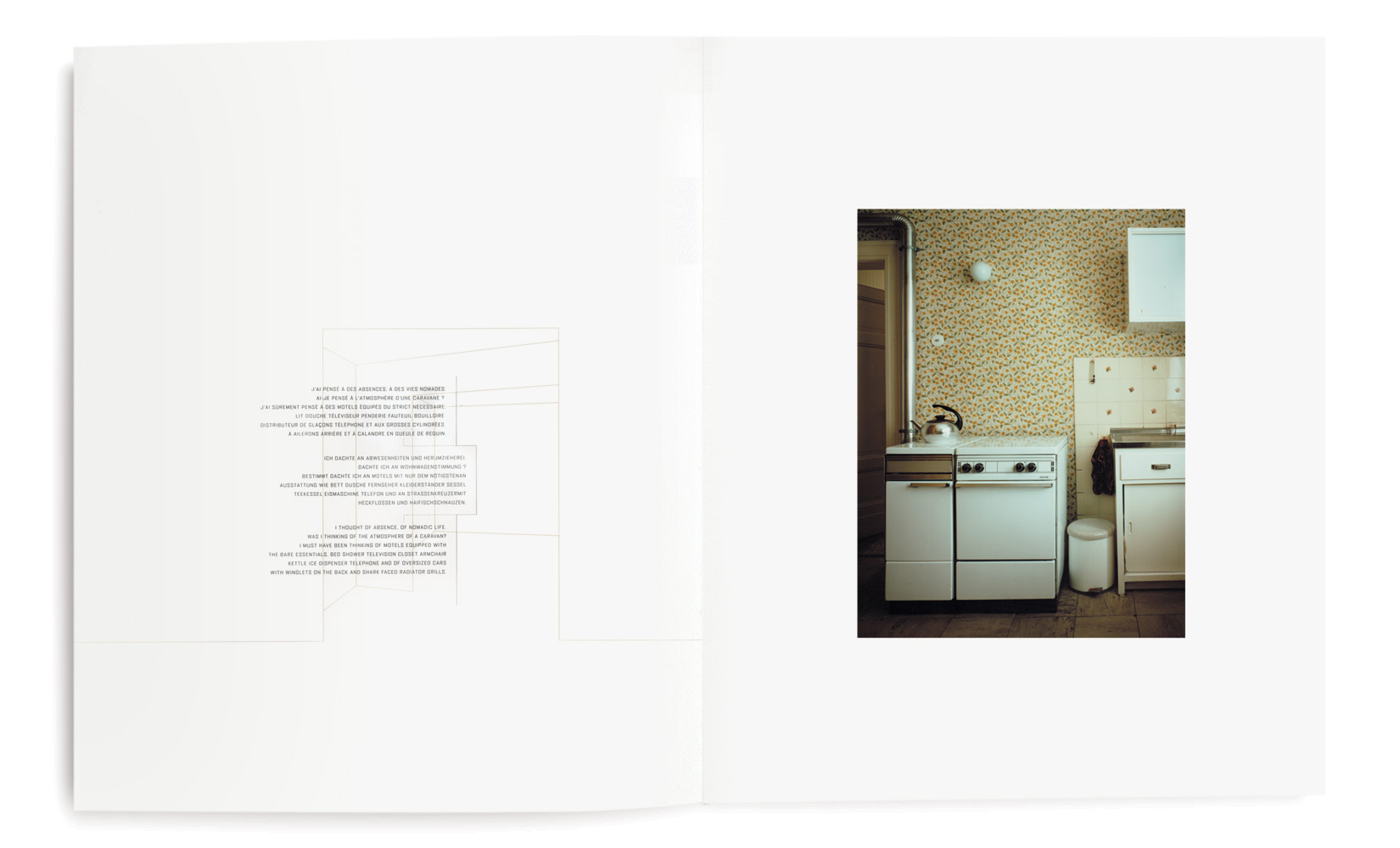 We chose Thomas Ruff’s first series of photographs of petit-bourgeois interiors, captured with a coldness characteristic of the Düsseldorf School, photographs taken in the homes of his parents and friends between 1979 and 1983. Following in the wake of Paul Nizon, they give us the sense of the interiors of motels or caravans–ripe with a certain lyrical sadness.

Jasper Morrison has drawn his inspiration from an industrial insulating material, creating a bees’ nest cast in transparent resin held in a white wooden frame. The typography, on the exterior surface, is composed of white marbles embedded in the alveoli of the bees’ nest. Like an echo of the photographs, the text follows the outlines of a fragile line architecture.

Thomas Ruff
Thomas Ruff was born in 1958 in Zell am Harmersbach, Germany, one of six children. He has become a leading figure in contemporary art. His personal style of photography is characterized by a distancing from the subject, in particular in the series of portraits that became known internationally and in which he has photographed his family and friends, always taken in frontal view on eye level.

Paul Nizon
Born in Bern in 1929, Paul Nizon is now considered a major writer in the German language. He lives in France, where in 1988 he received the France-Culture prize. His entire literary production is published by Actes Sud. Most notably, he is the author of Dans la maison les histoires se défont in which he parodies the rituals of bourgeois life.

Jasper Morrison
Jasper Morrison was born in London in 1959. In 1987, at the Milan Salon, he showed his first series of tubular furniture. The elegant simplicity of his furniture and objects, combined with his perfect mastery of today’s most up-to-date technology, has brought him a number of prestigious commissions by the likes of Cappellini, Alessi, Flos, Magis and Vitra.