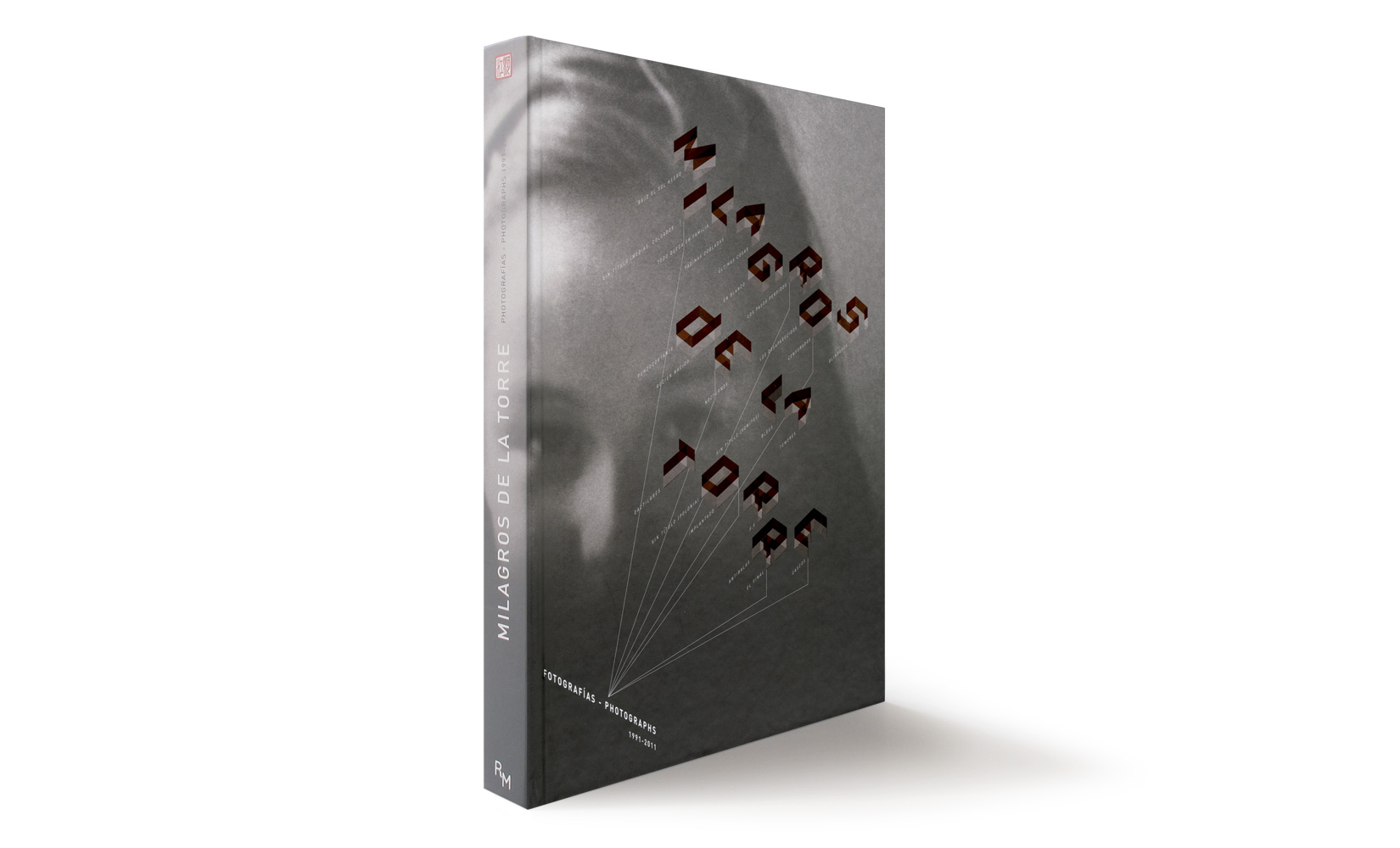 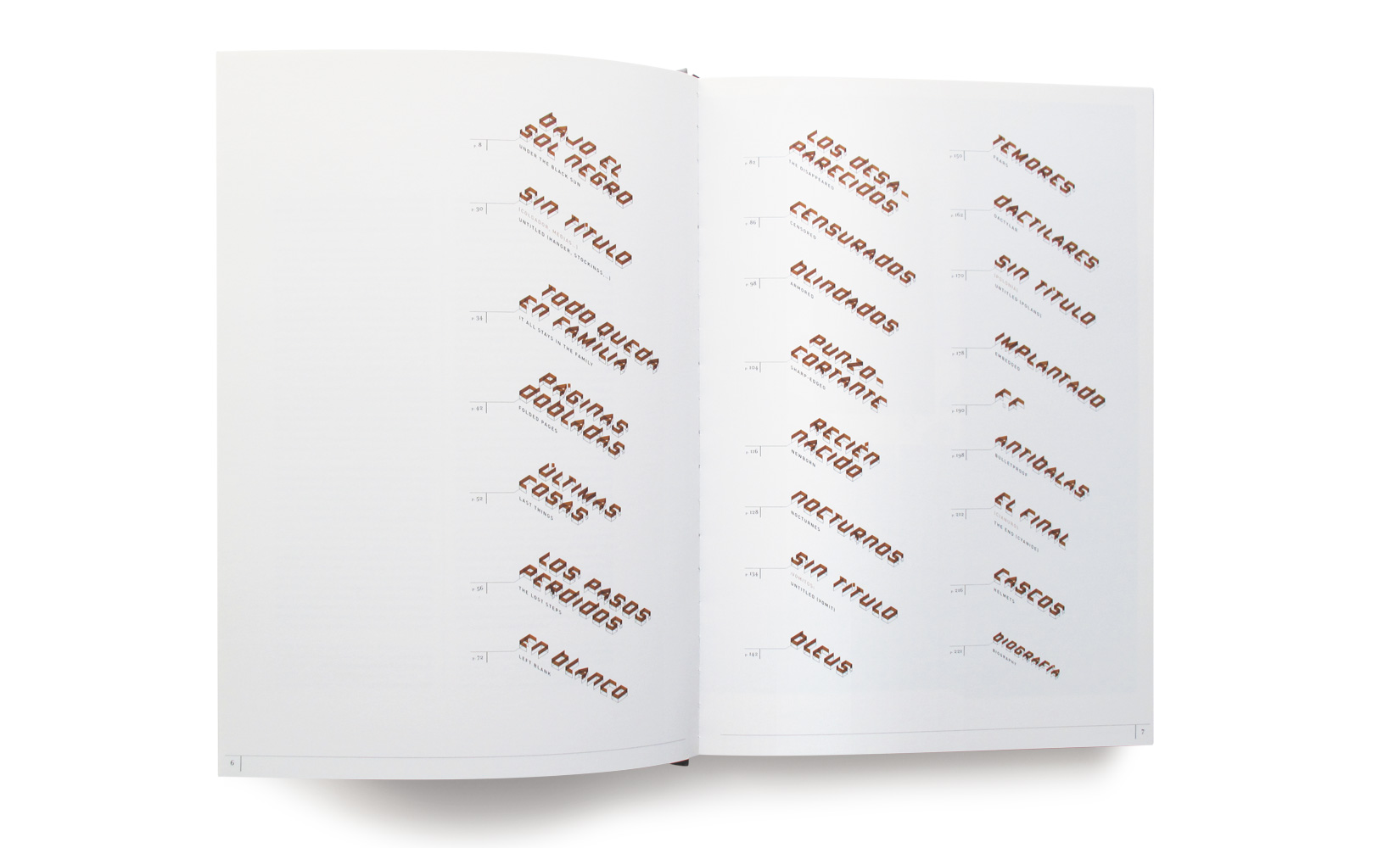 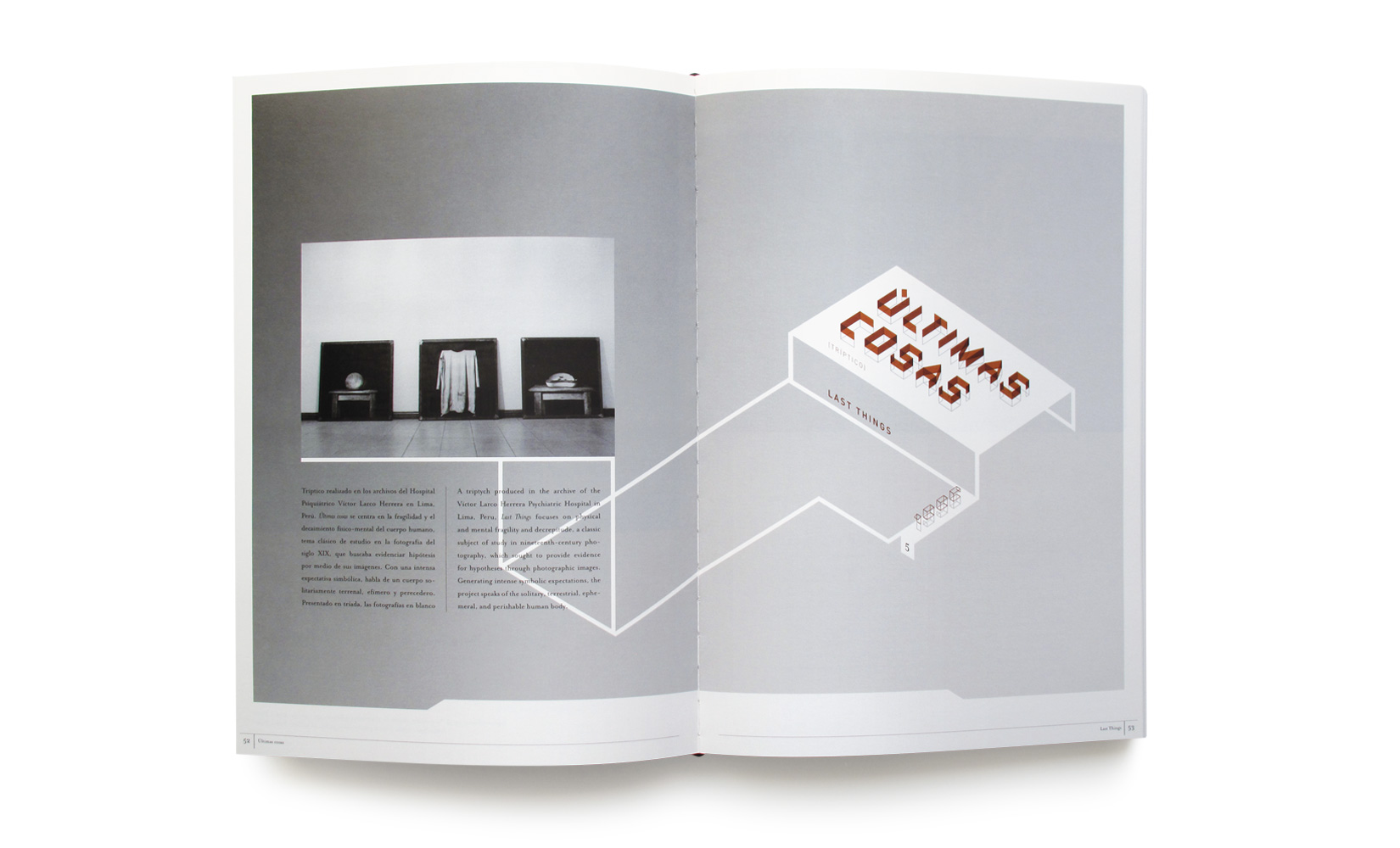 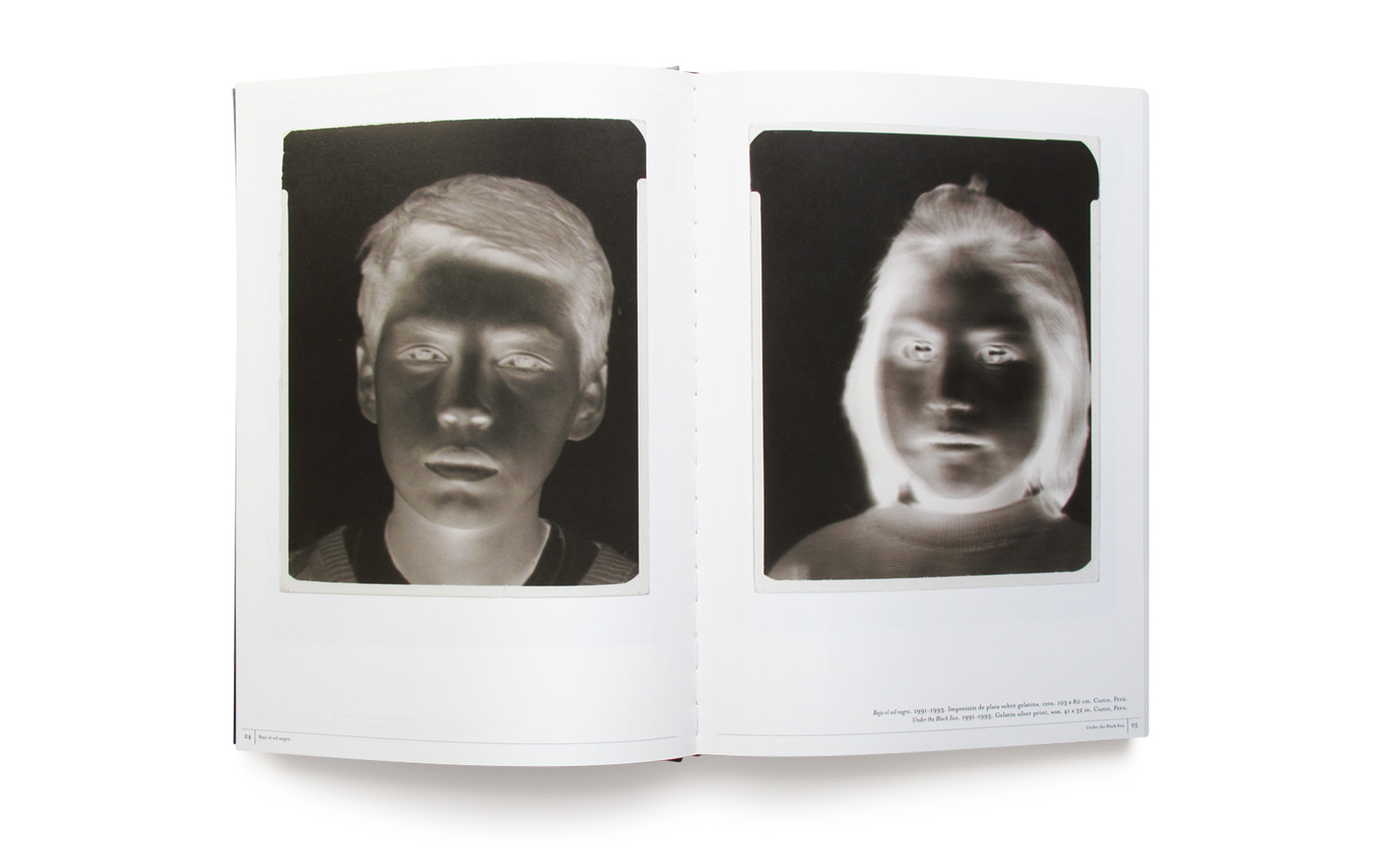 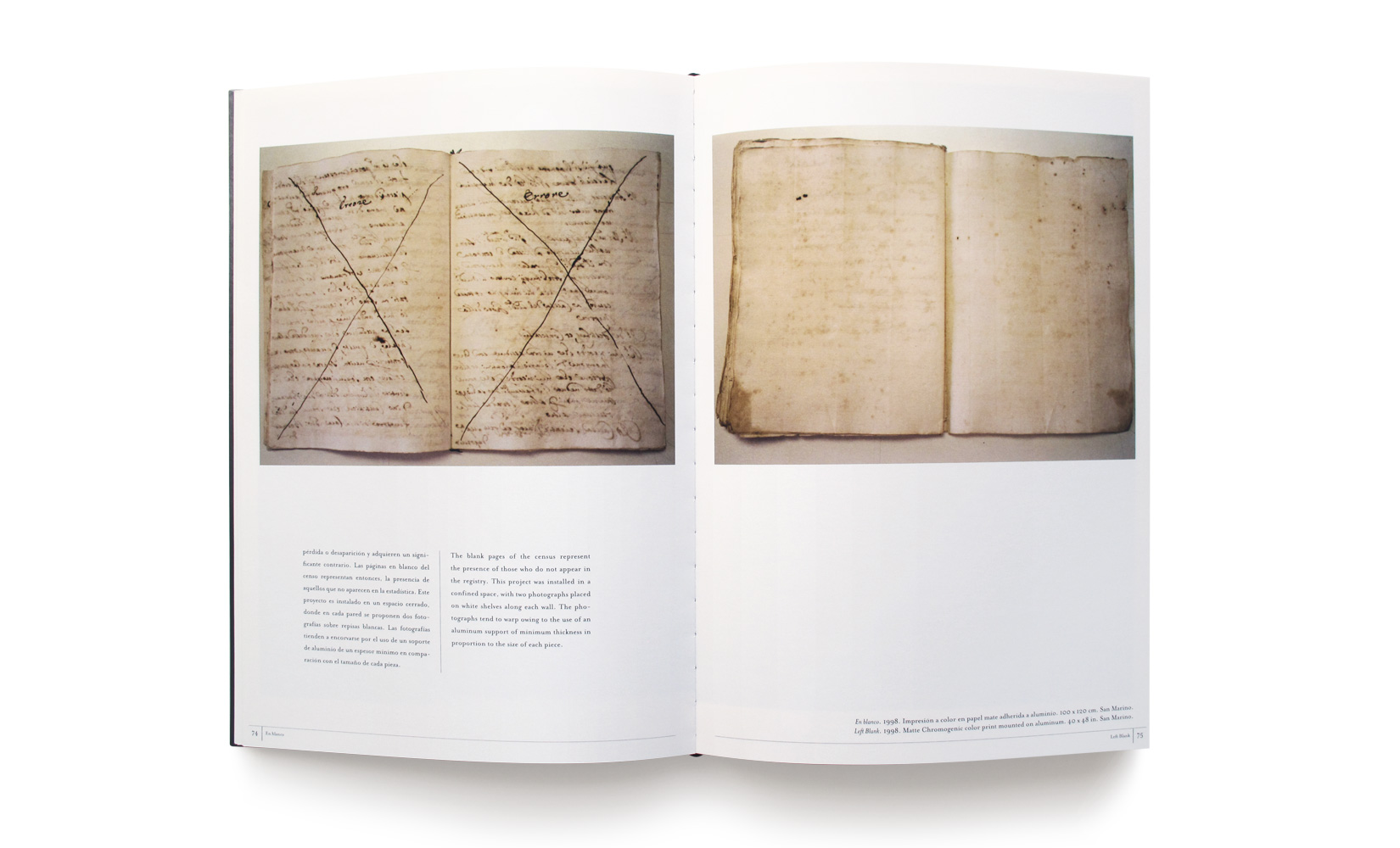 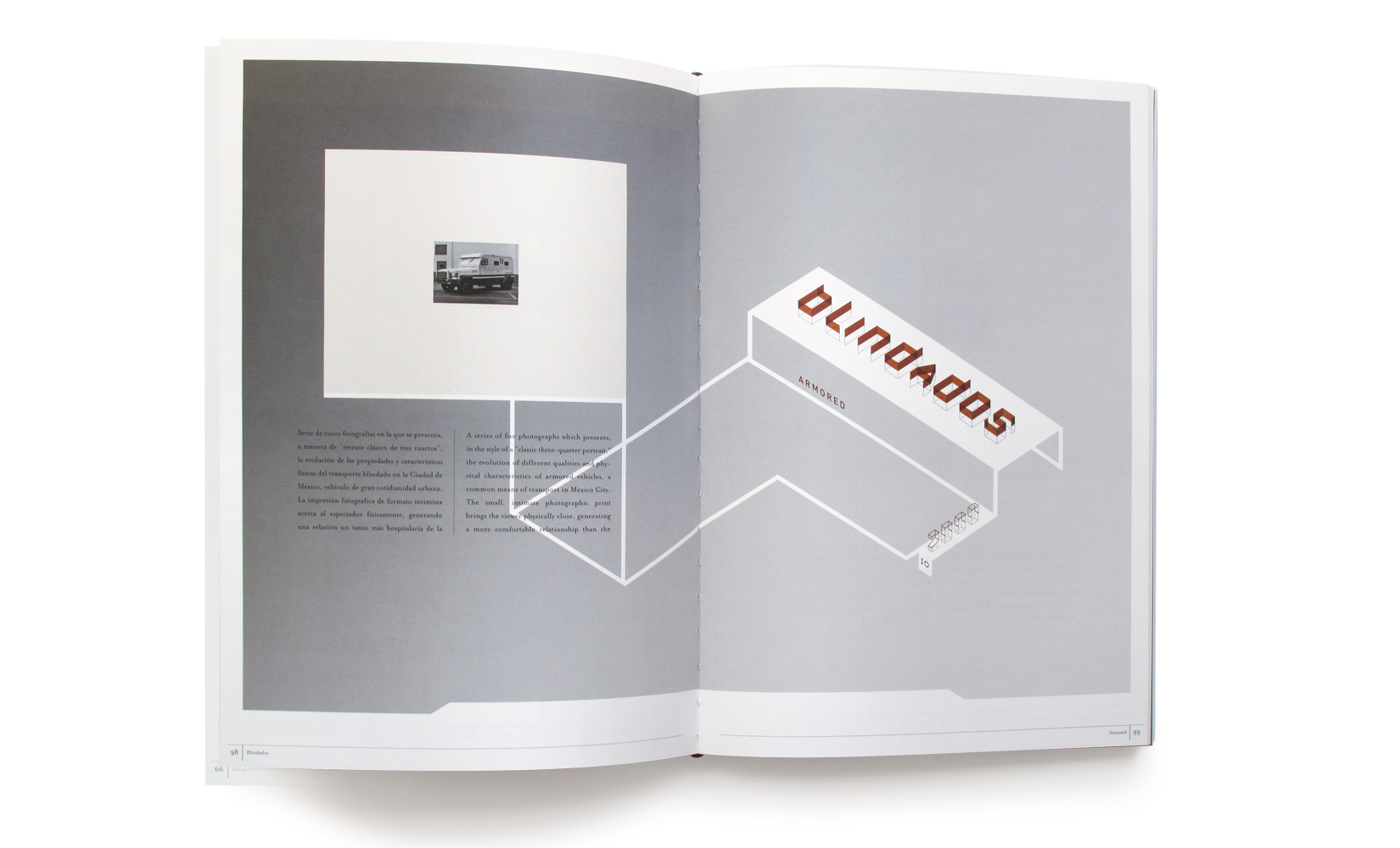 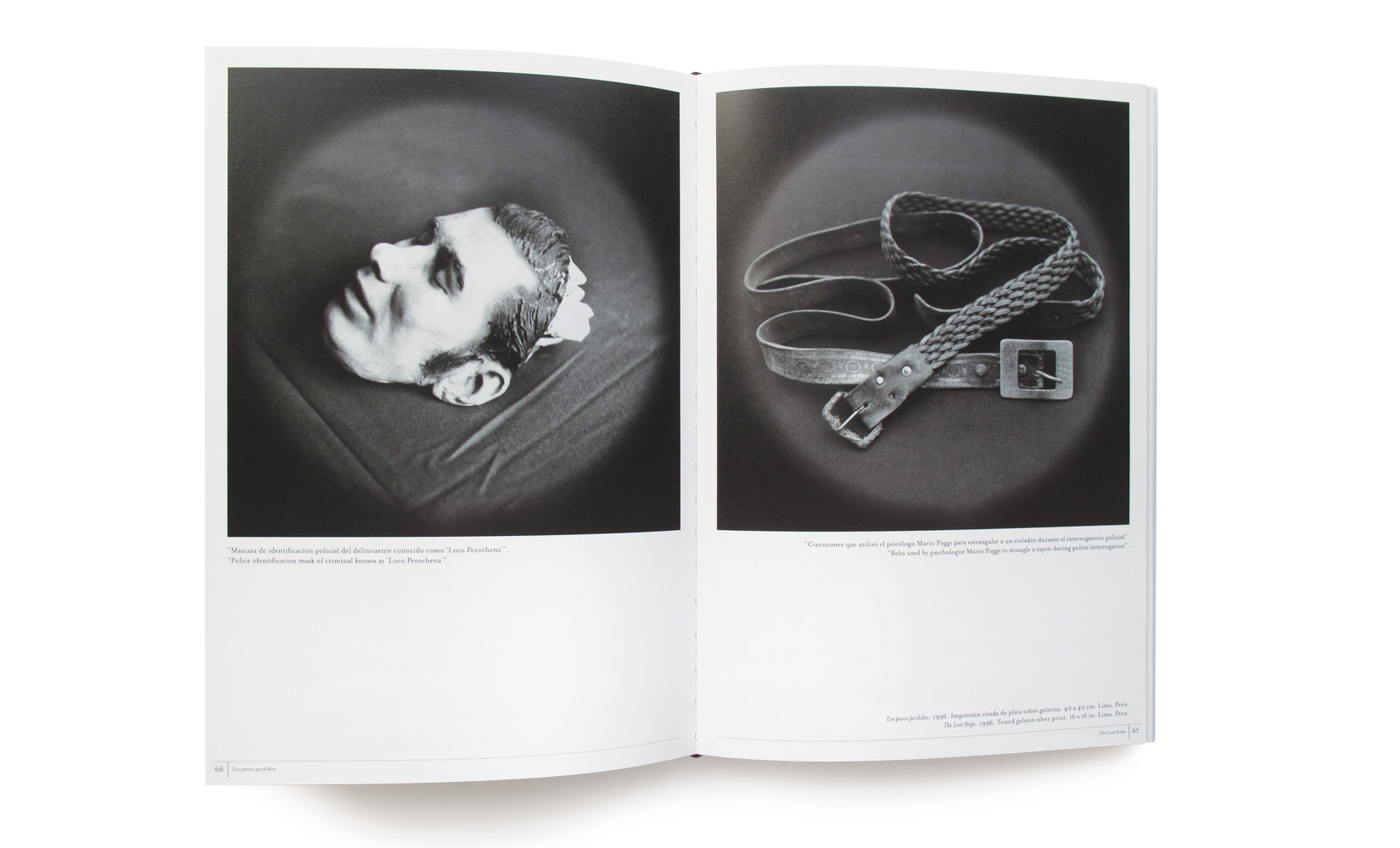 This book by Milagros de la Torre, who was recently awarded the 2011 Latin American and Caribbean Guggenheim Fellowship Award, collects the most important and representative series on which Milagros de la Torre has been working, methodically and silently, for more than fifteen years. The works center on the always parallel relation between the development, history, and failed unfolding of the photographic medium with the dark side all human beings carry within themselves.

By means of a sober and austere focus and a rigorous seriousness of research, the universe of the artist is inhabited by criminal worlds, shadows of negatives, everyday objects with an intense psychological charge; traces, stains, presentiments, and troubling interior dialogues; apparently innocent clothing, omitted presences, hands that betray, and cancelled gazes.

The work of Milagros de la Torre has an uncommon subtlety and seductiveness, in spite of its subject-matter, achieved by a specific use of photographic language, in which the printing and physical presentation is an essential part of the message proposed. Serialization, decontextualization, classification, deconstruction, and partial lack of focus are tactics employed in the creation of new meanings or messages to be deciphered.

This book, designed by Olivier Andreotti, with a text by Marta Gili, is intimate and revealing, suggestive of a concern for recognizing not only personal memory but also the discovery of clues and evidence that lead us to observe how inevitable and revealing are human actions.