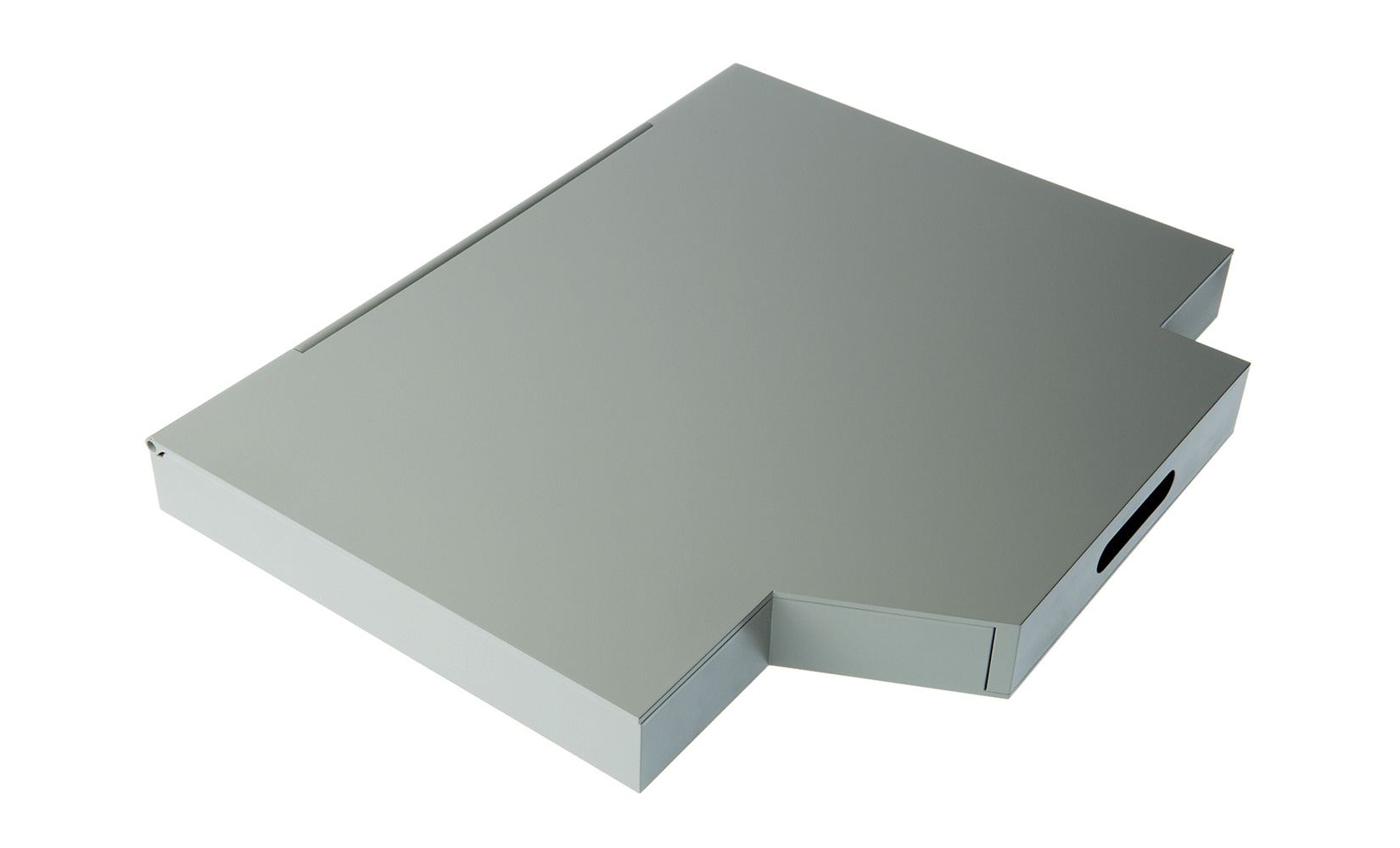 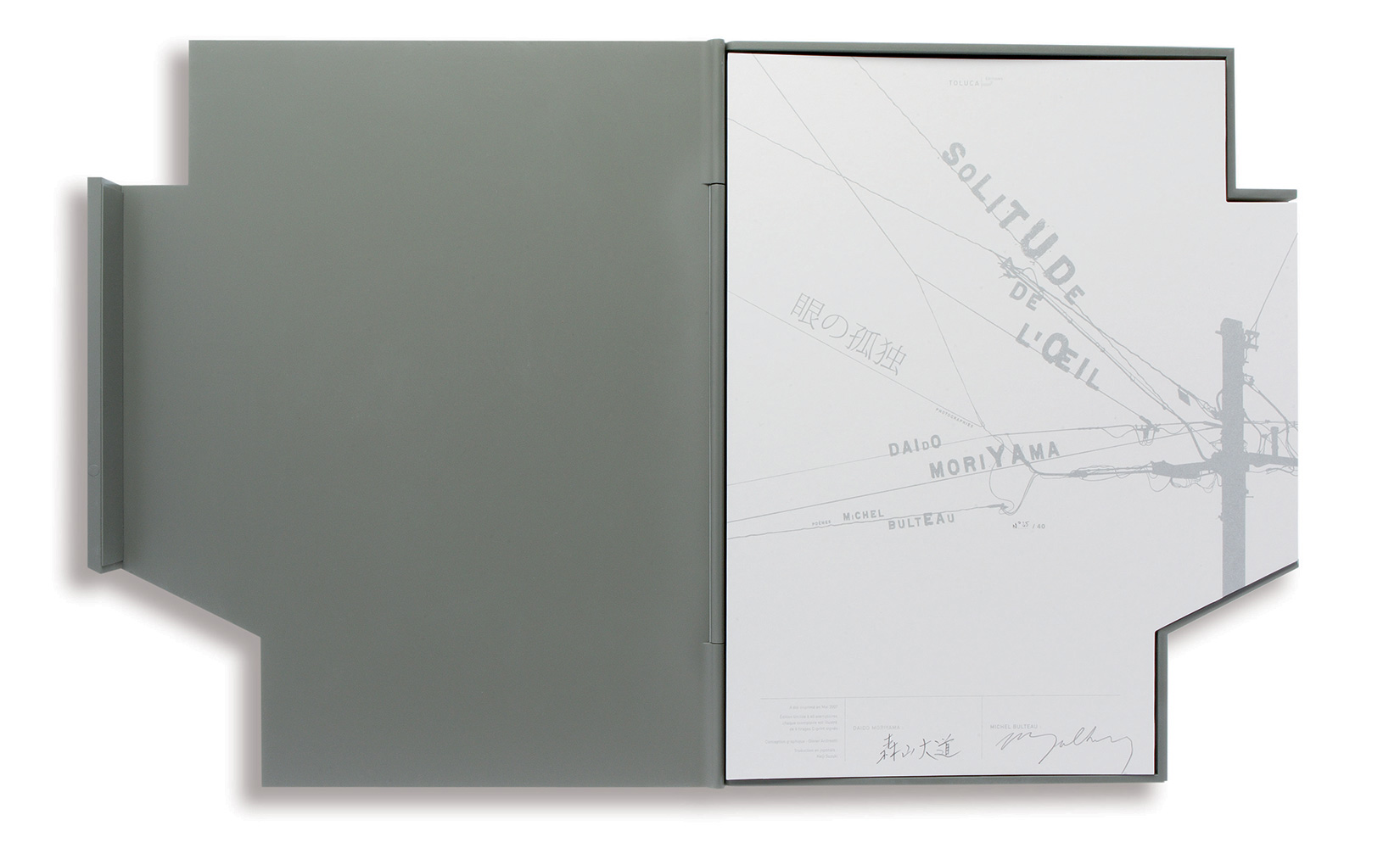 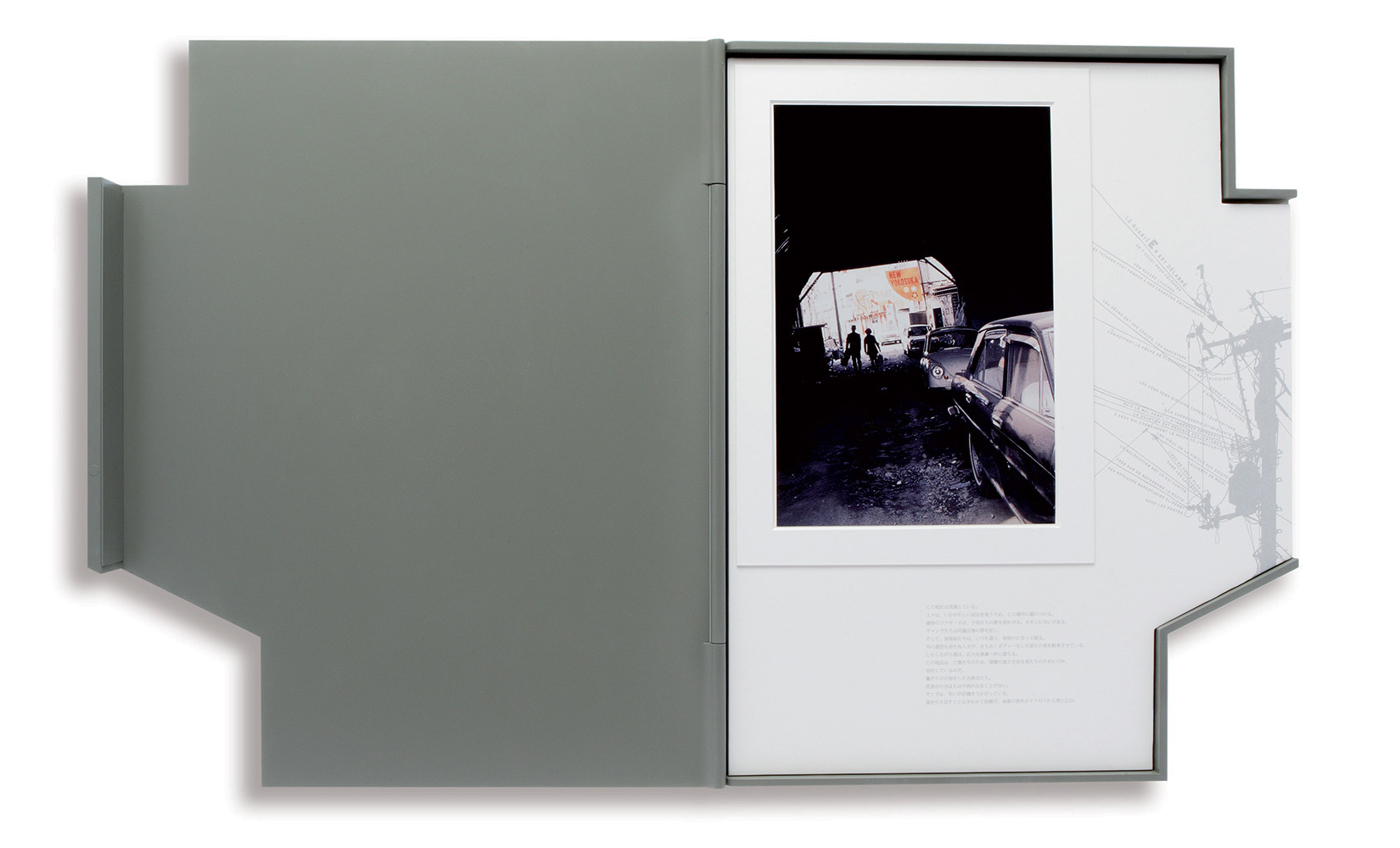 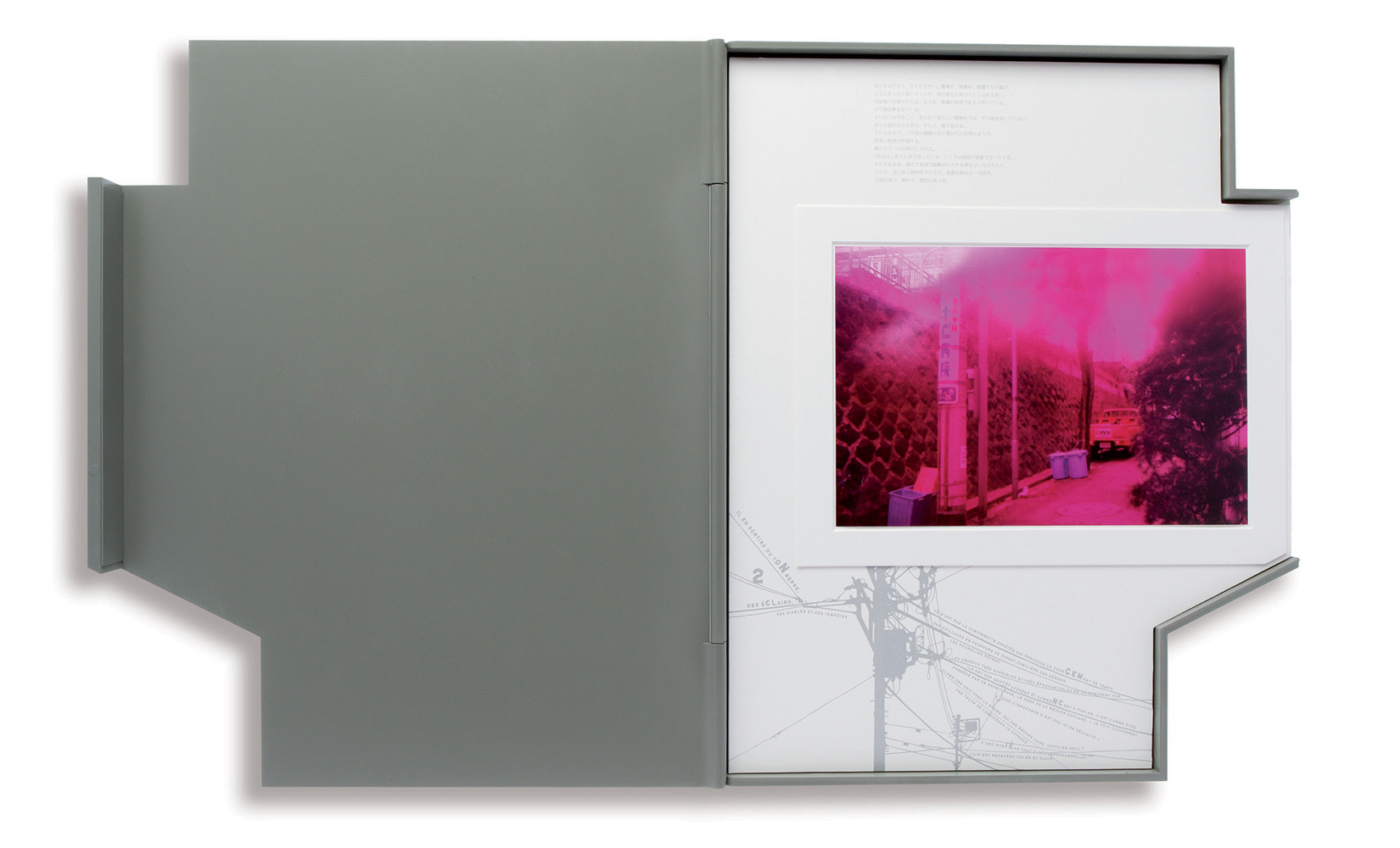 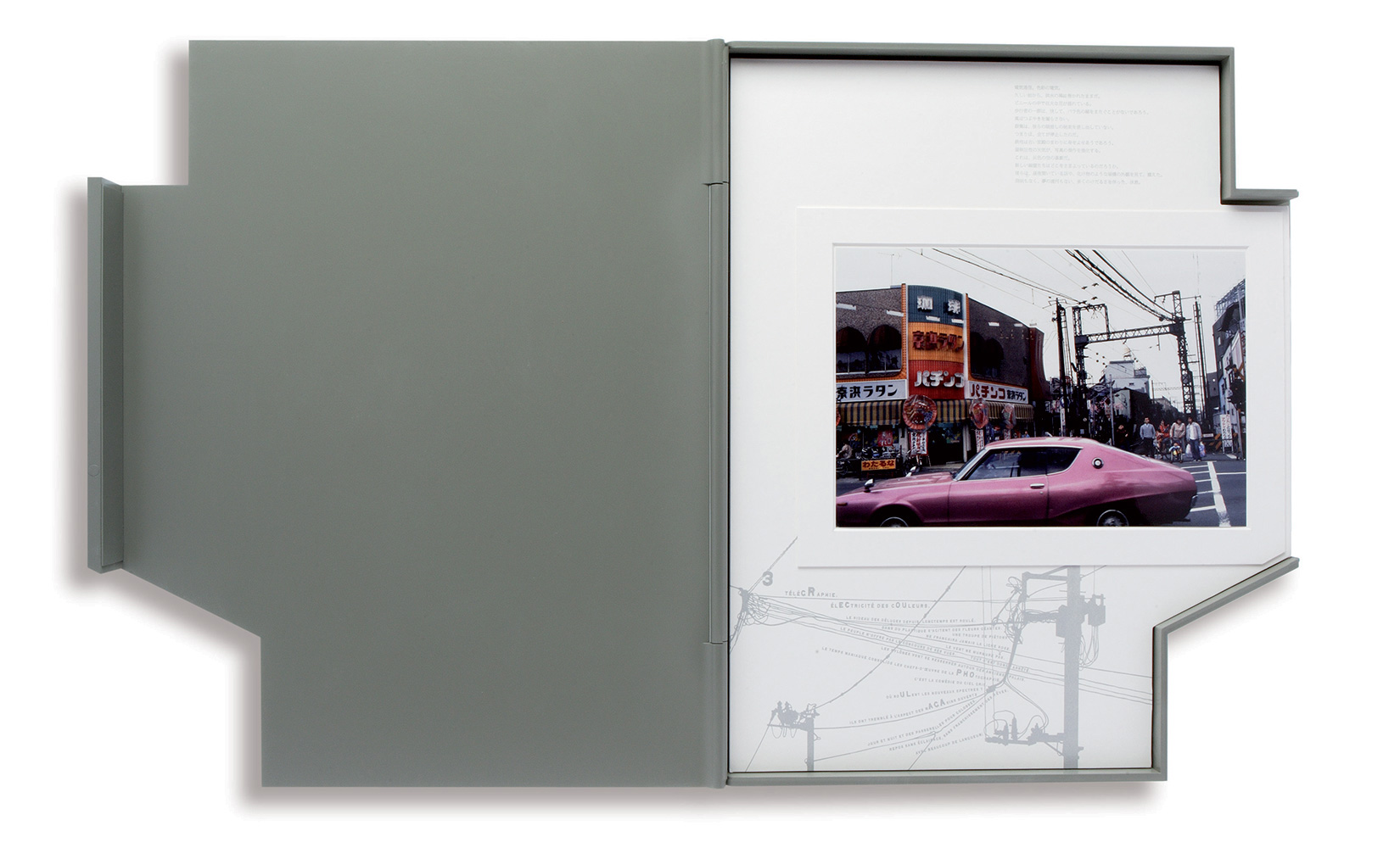 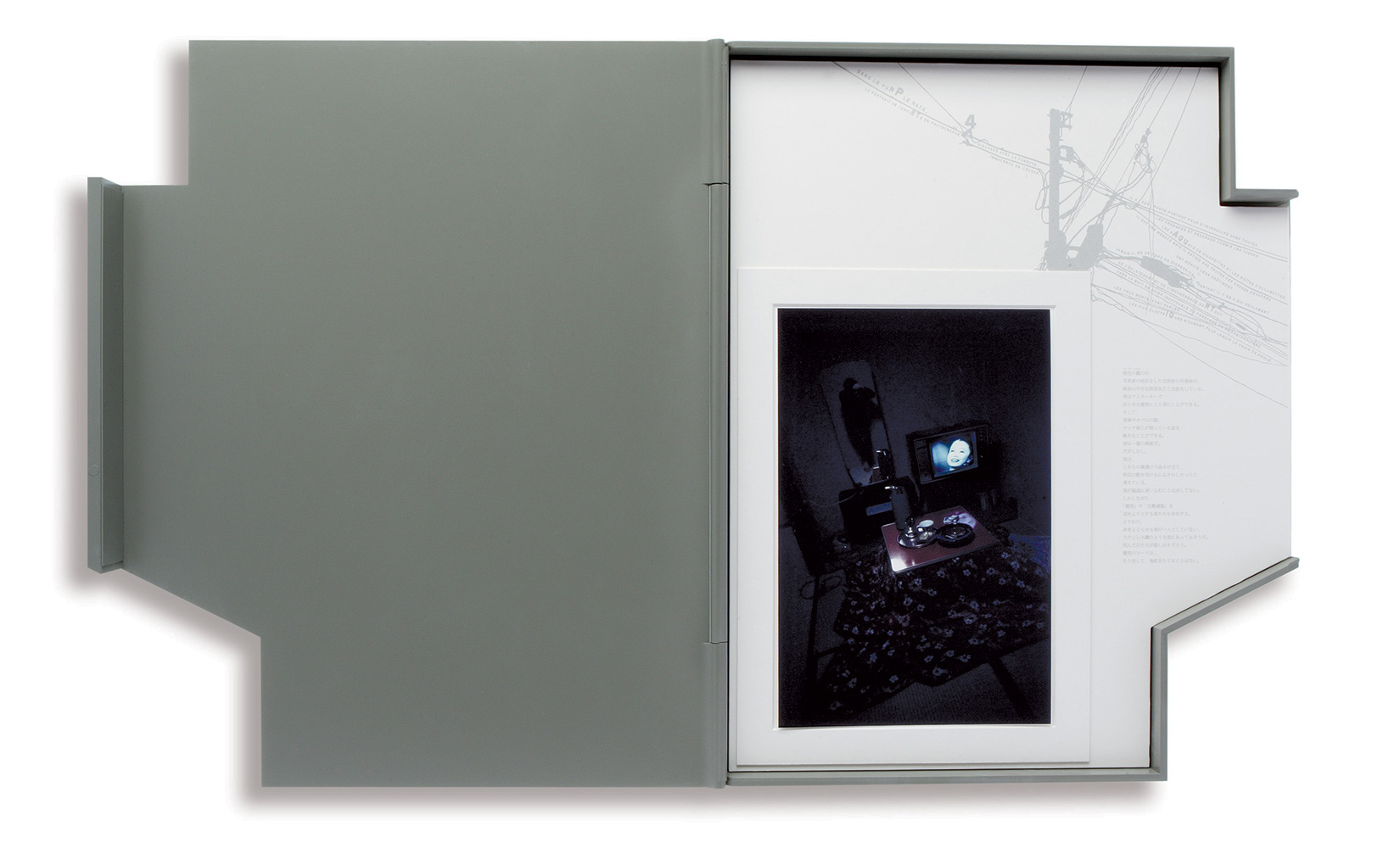 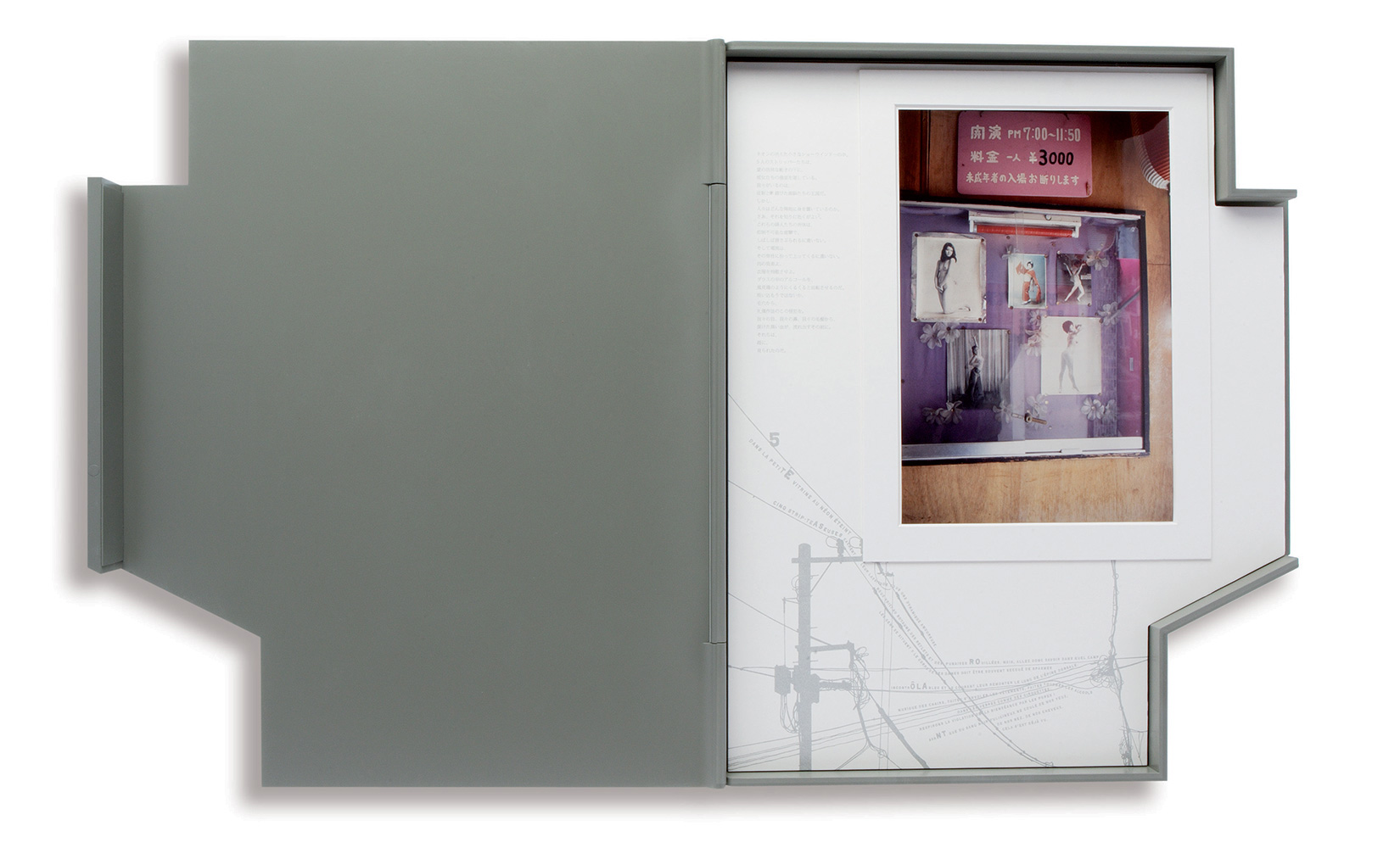 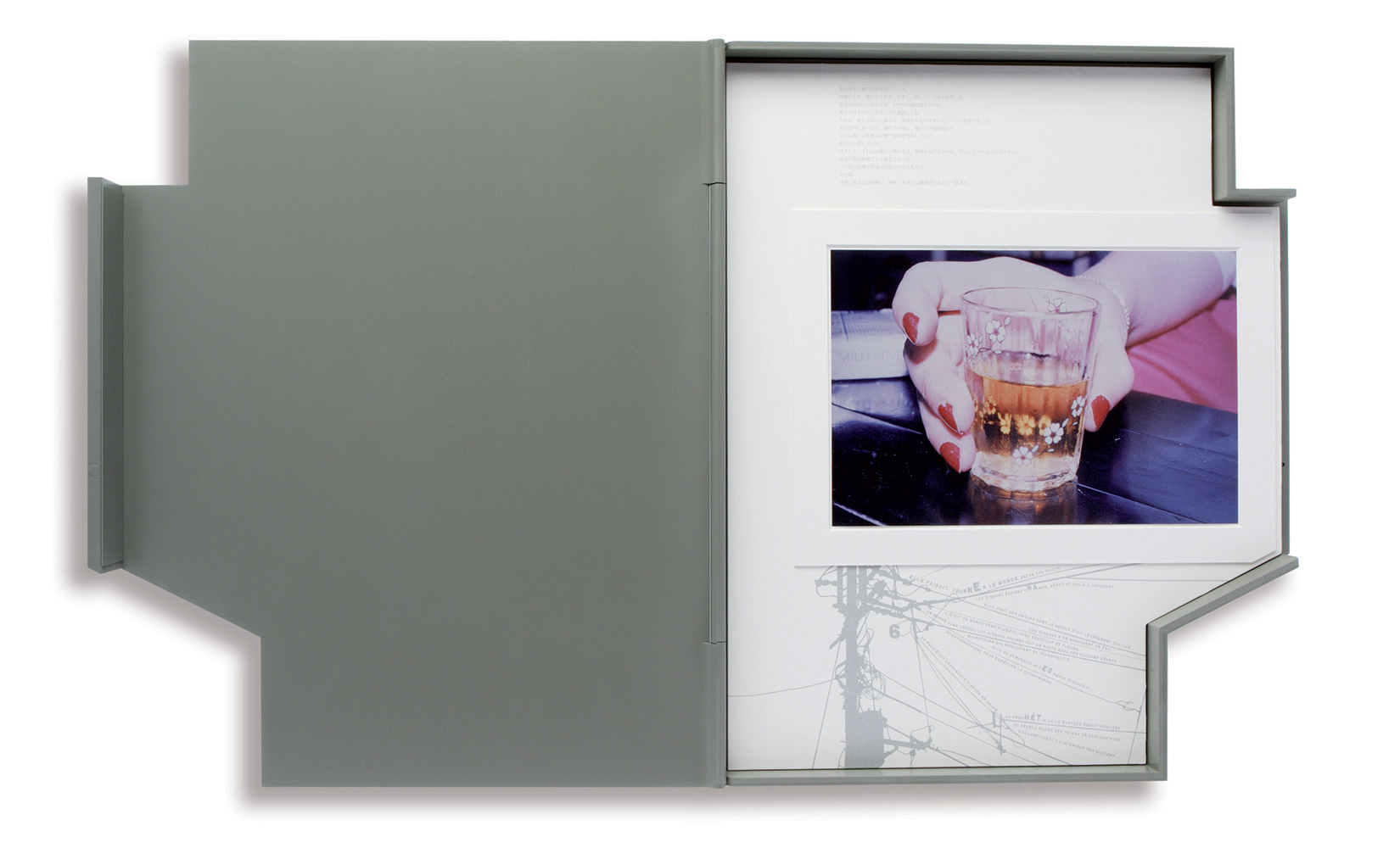 The six poems by Michel Bulteau are infused with the rumblings of Tokyo, poems that speak equally of its derelict side as its luster. The poet lines up specific details, fishing out odd fragments from Daido Moriyama’s photographs as he pulls us into his spectral universe, crawling with gangsters and clawed animals. Bathed in a melancholic light, the photographs share characteristics with the color work of the artist and describe a sensual and sorrowful Tokyo.

The traycase takes its inspiration from the steep slopes that crown most buildings in Tokyo and its choice of material–painted plastic recalls contemporary Japanese architecture. The text follows the line drawing of a confused network of electric cables, evoking the complex urban tissue of the Japanese capital.

A major figure in contemporary Japanese photography, Daido Moriyama is one of the founders of the selfcalled, avantgarde movement, « Provoke”, that came to life in the 1960s. He is at the core of what emerged as a new visual language, both nervous and frantic, that delighted in the out-of-focus, the grainy and deformity in general. He has had work exhibited in one-man shows worldwide most notably at the Metropolitan Museum (NY), the San Francisco MOMA and at the Cartier Foundation for Contemporary Art in Paris.