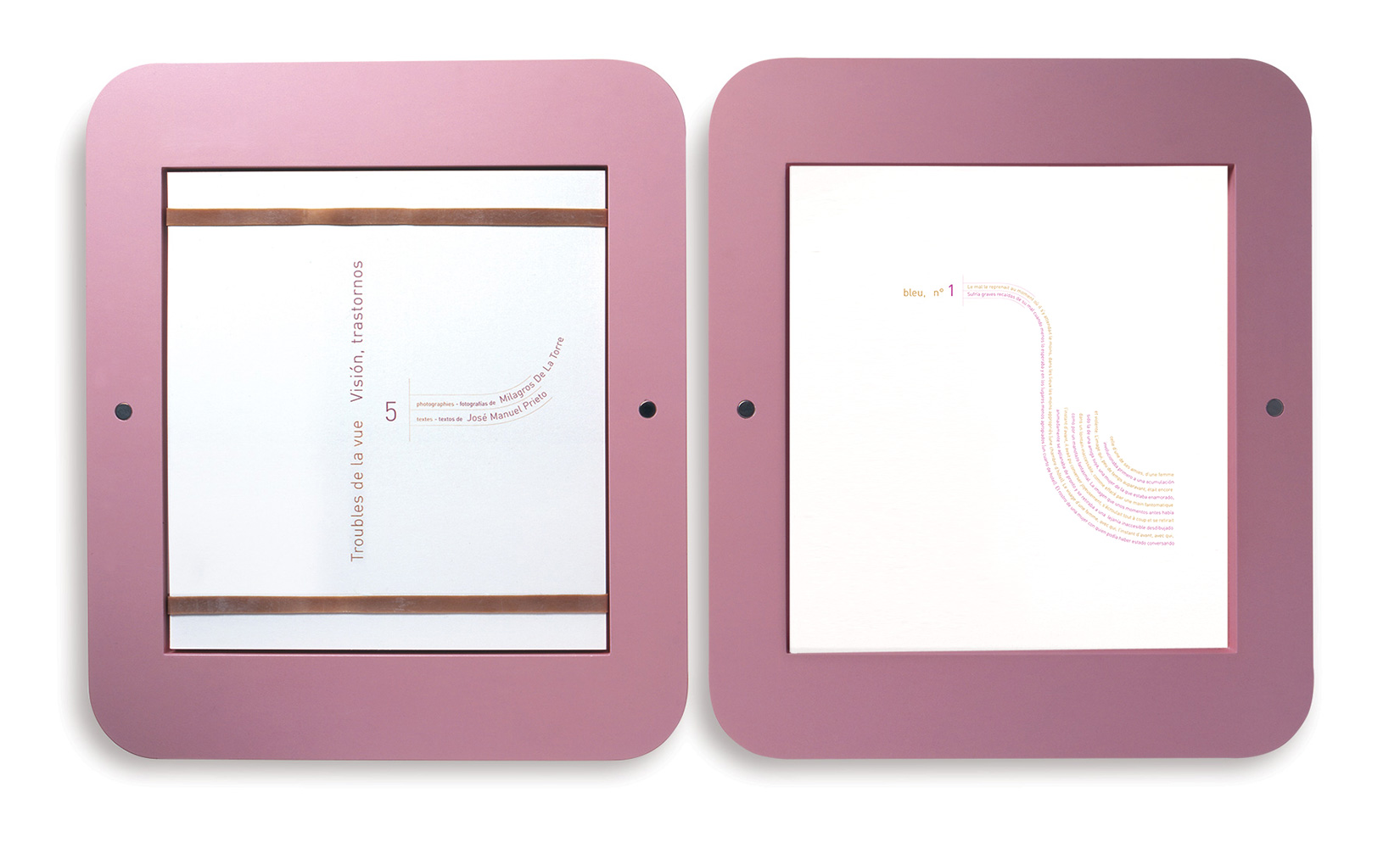 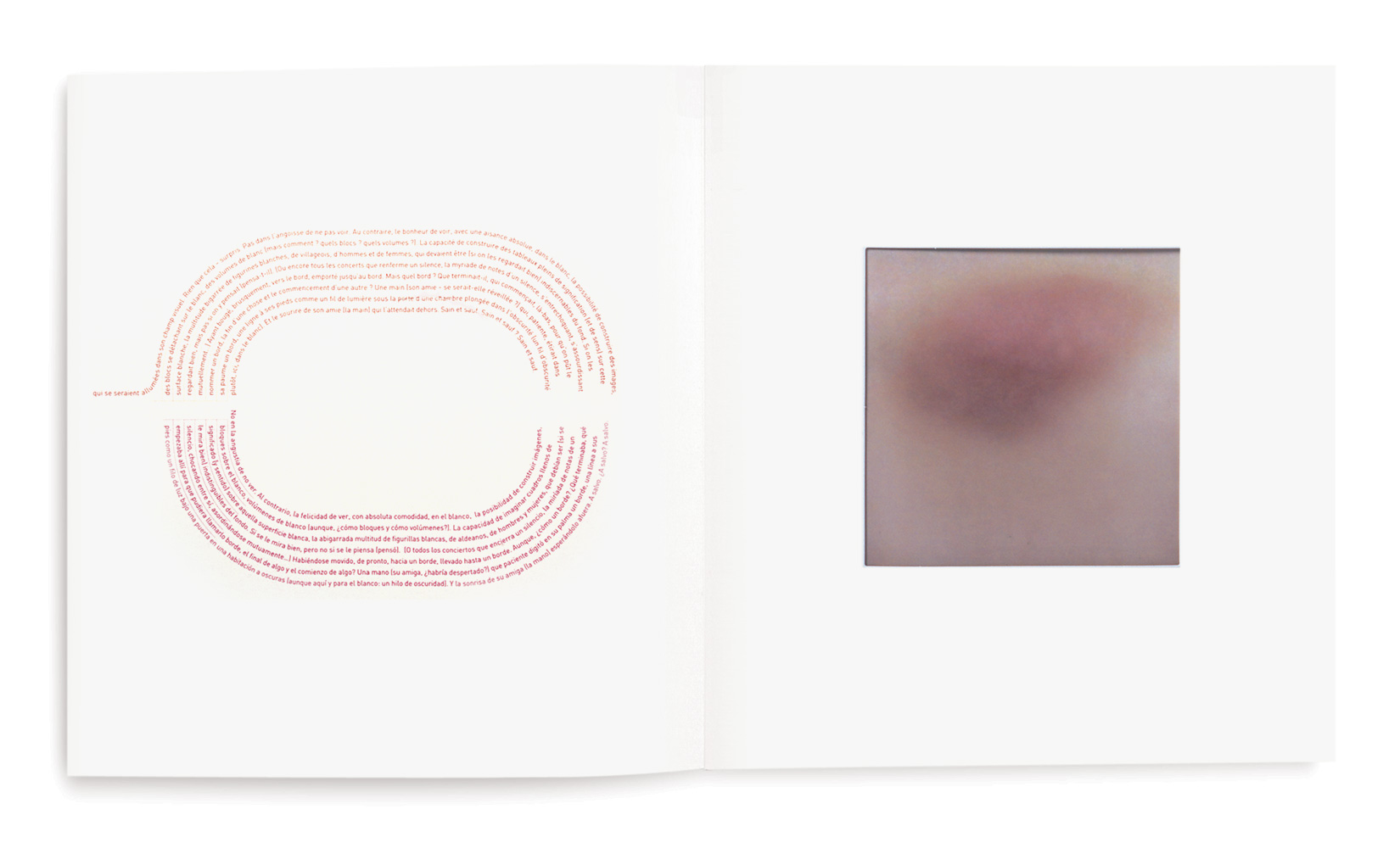 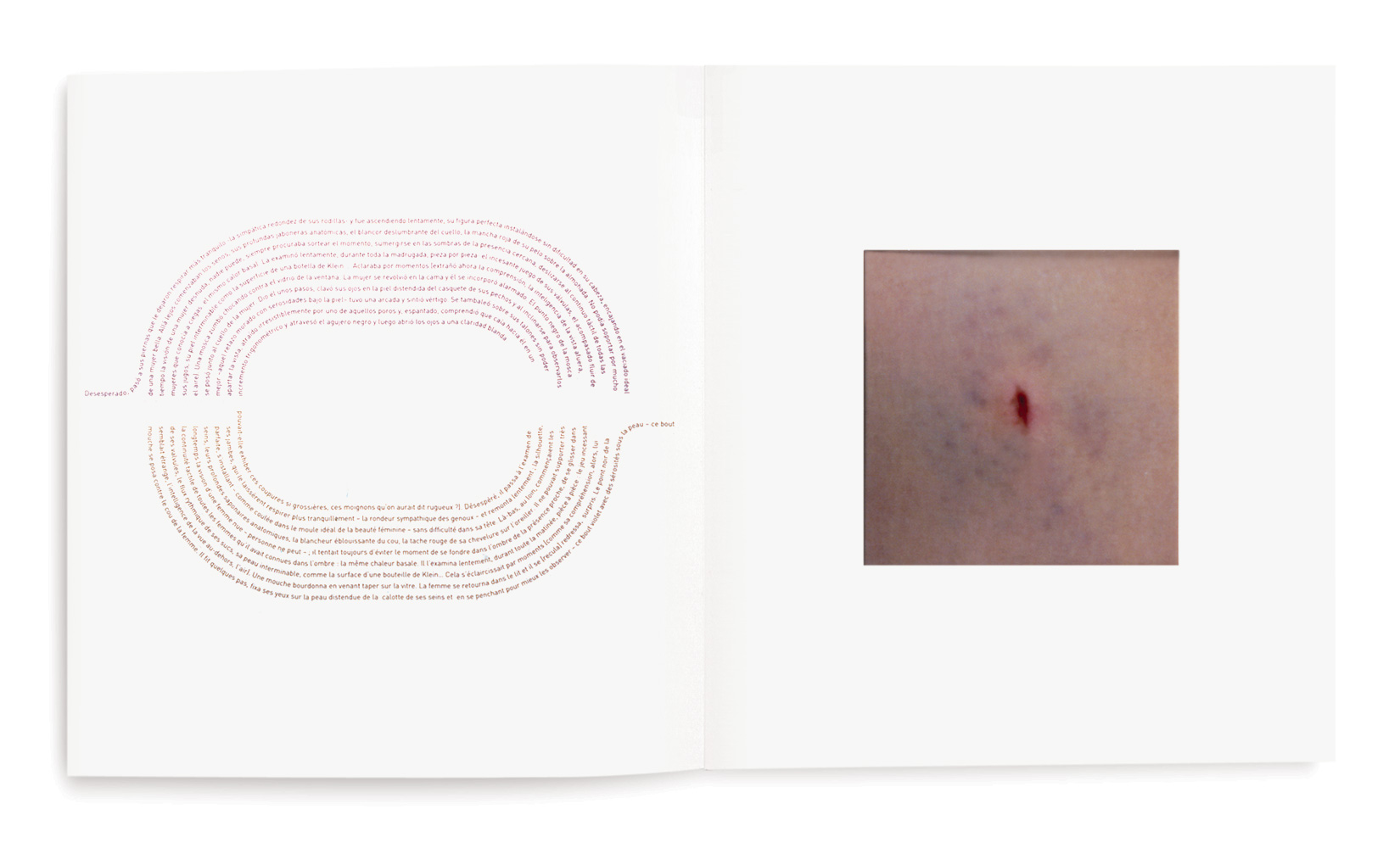 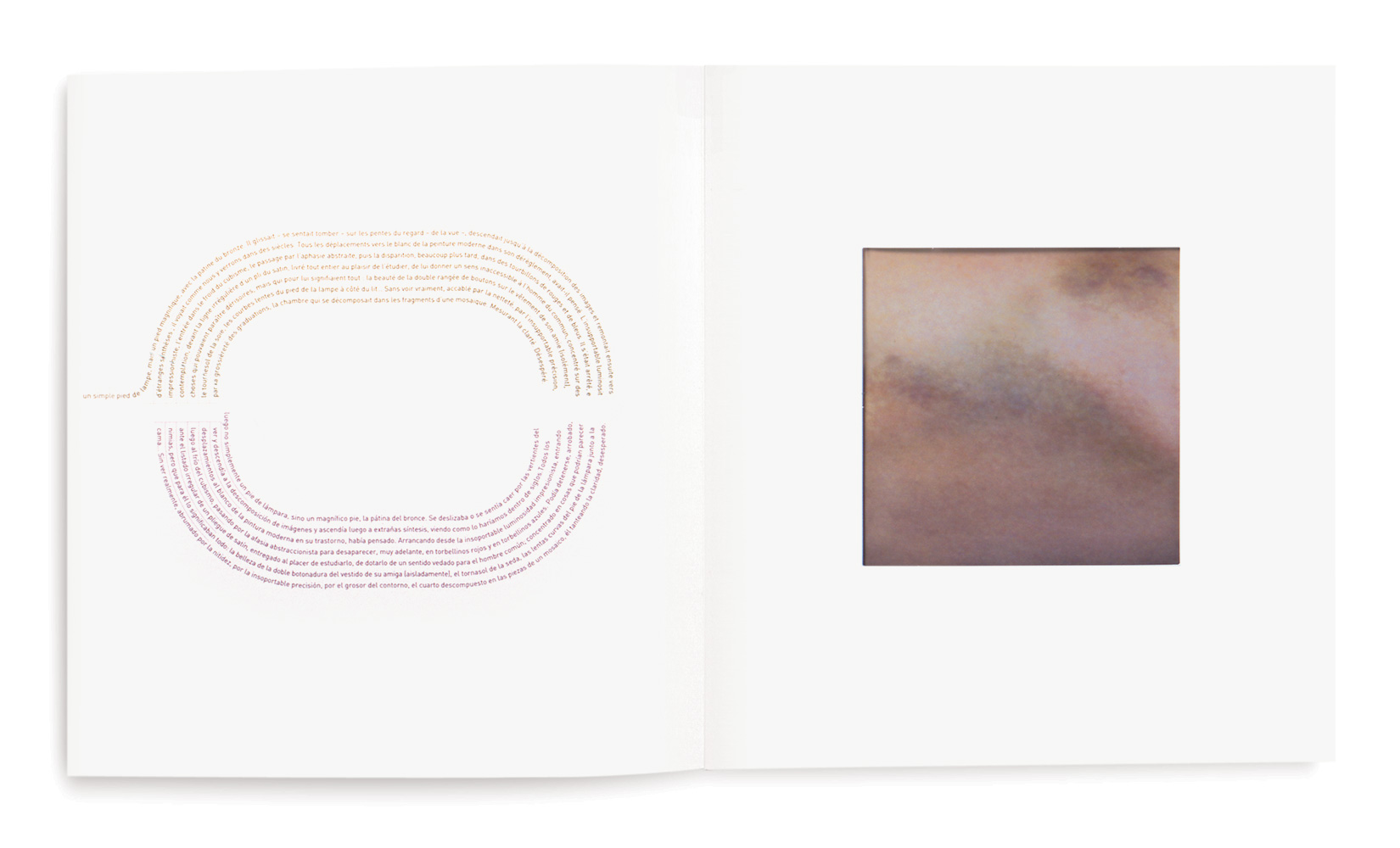 This is the first time Milagros De La Torre has approached the field of color photography. For a whole year the artist kept a record of the different bruises – accidental she points out – she detected on her body.

She opted for close-up framing in order to reinforce their plastic quality. What they form appears to be sensual and abstract landscapes. Echoes of such a landscape resound in José Manuel Prieto’s text which describes the private love of someone whose sight is diminishing—the metaphysical disorder that comes with his infirmity.

We called upon Pierre Charpin because we felt he would be most apt at entering into dialogue with the artist and the author, being particularly sensitive to the metamorphic quality of their language. The casing is made up of two shells in molded plastic that are fitted together with magnets. The text flows in an oblong shape that requires a circular reading–especially fitting to the nature of José Manuel Prieto’s prose.

José Manuel Prieto
Born in Cuba in 1962, José Manuel Prieto lived in Russia for twelve years. He teaches literature in New York where he lives with his family. His first novel, translated into French, Papillons de nuit dans l’empire de Russie, was published by Christian Bourgois in March 2003 and is already considered a classic in Hispano-American literature.