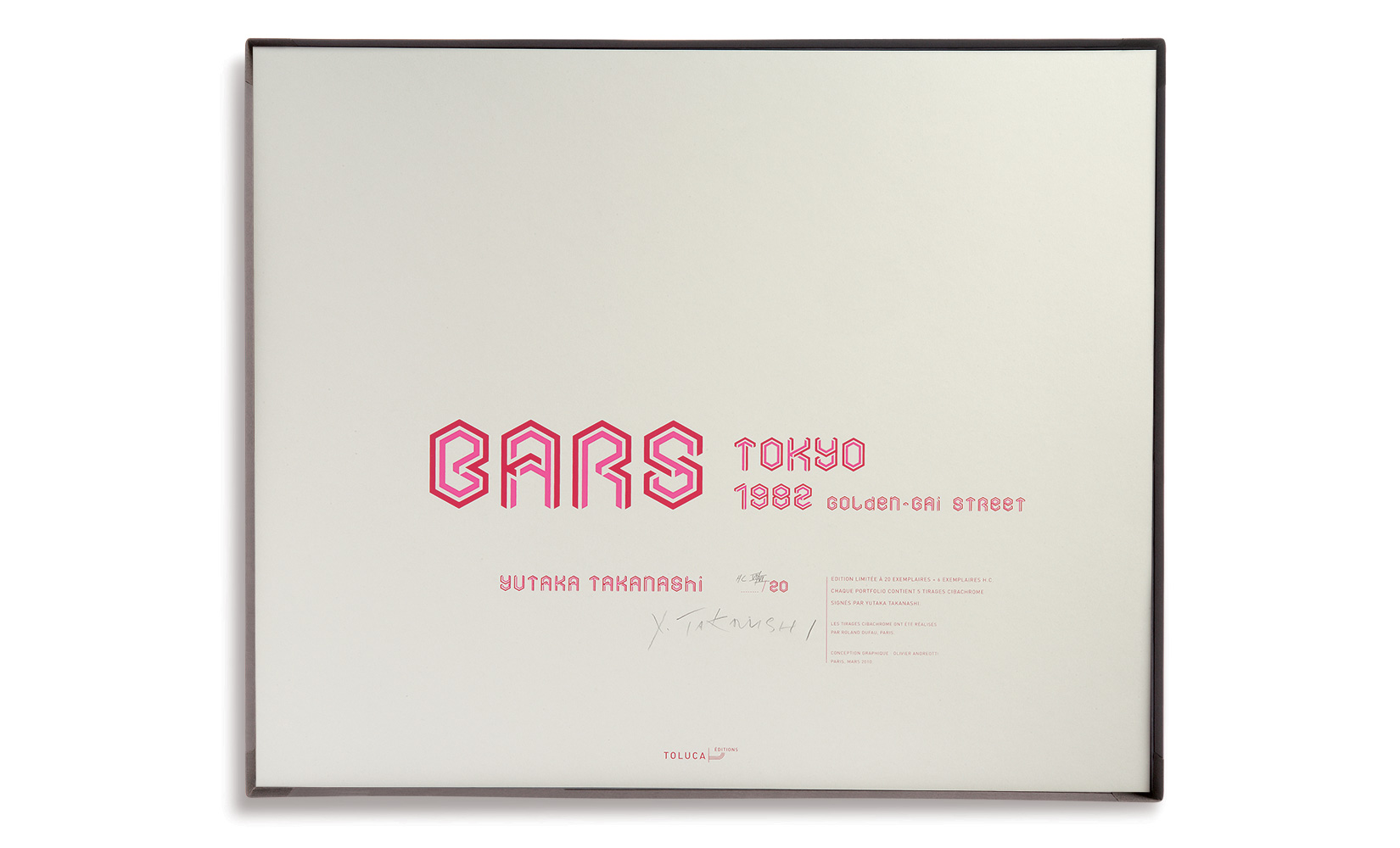 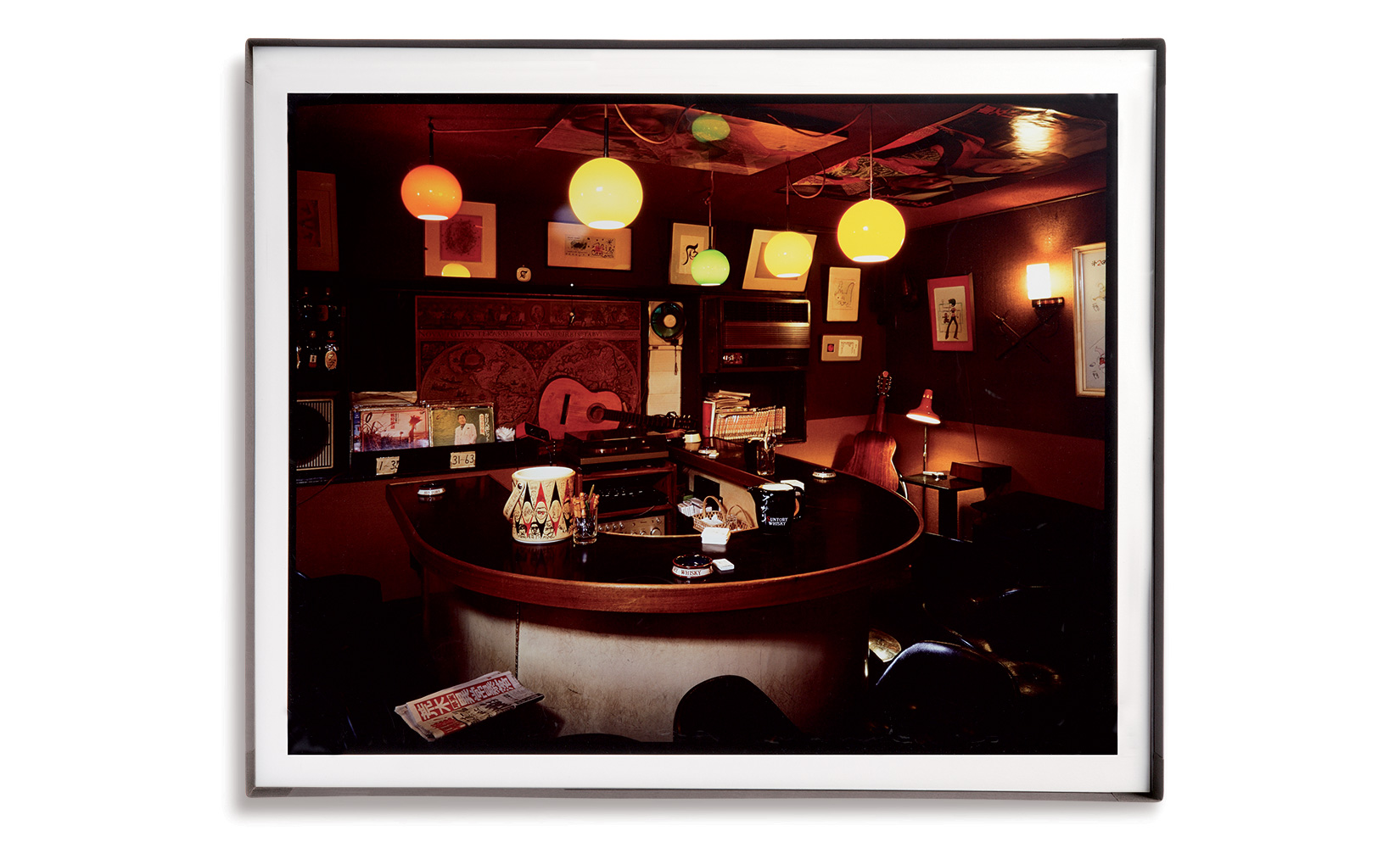 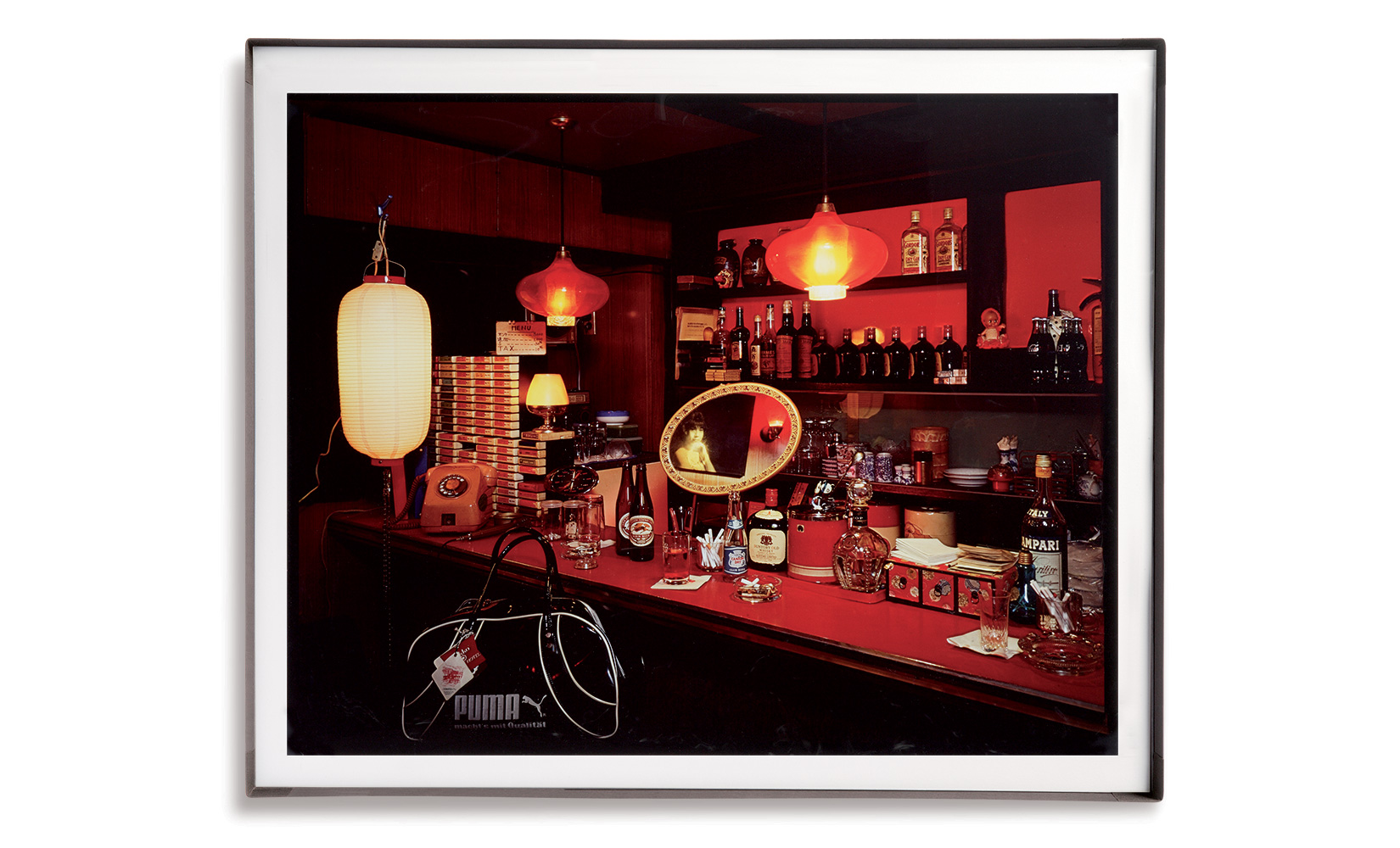 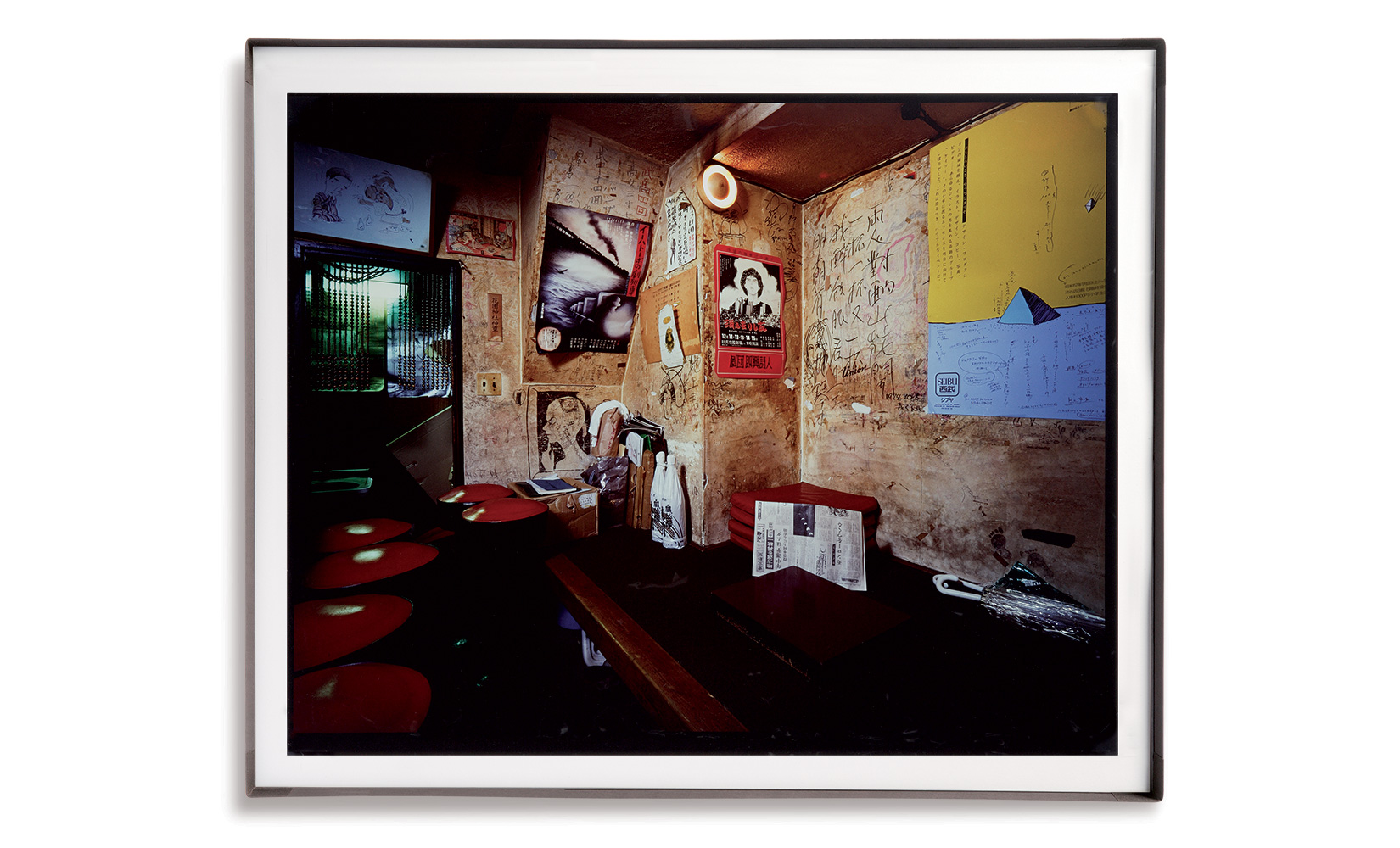 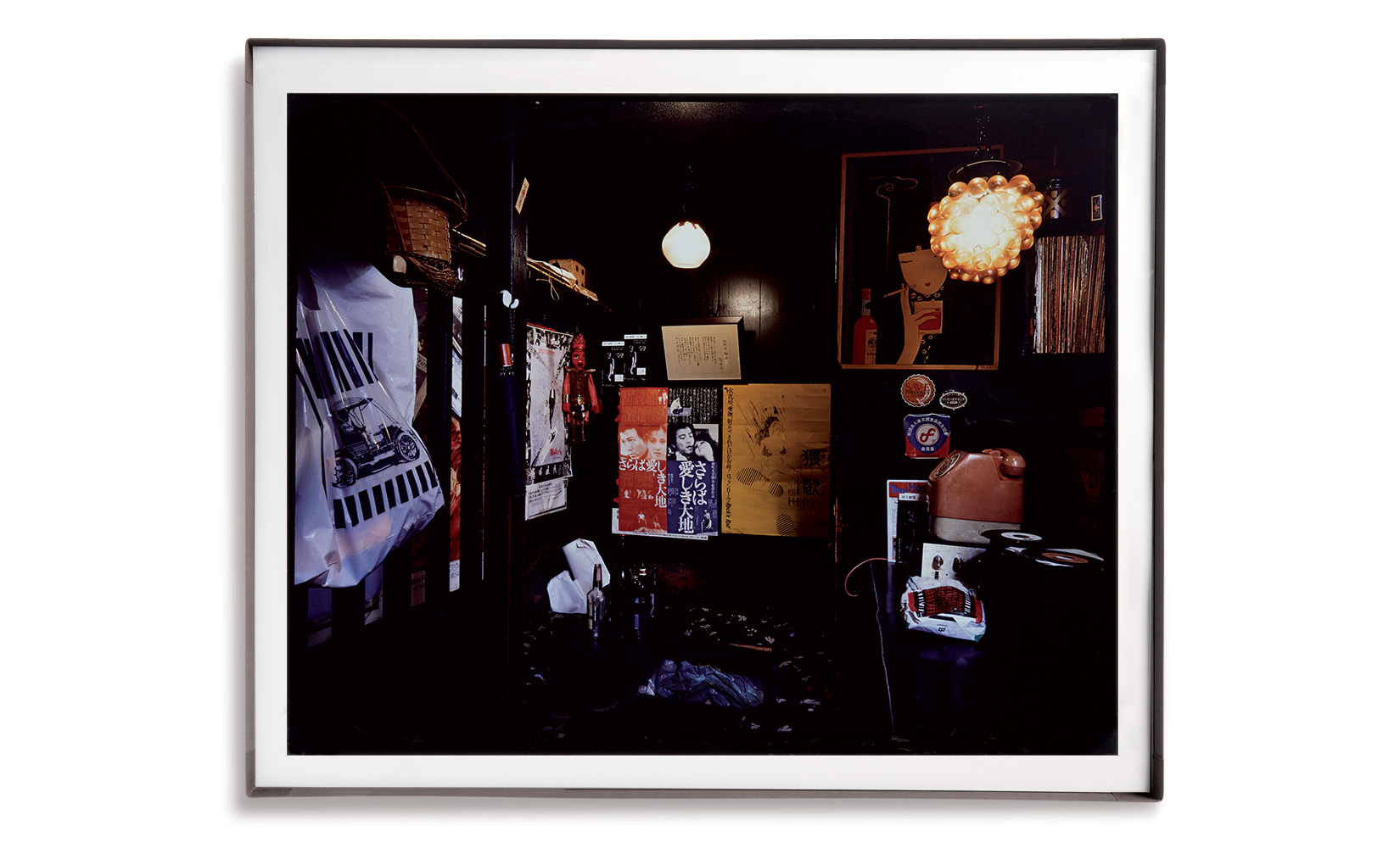 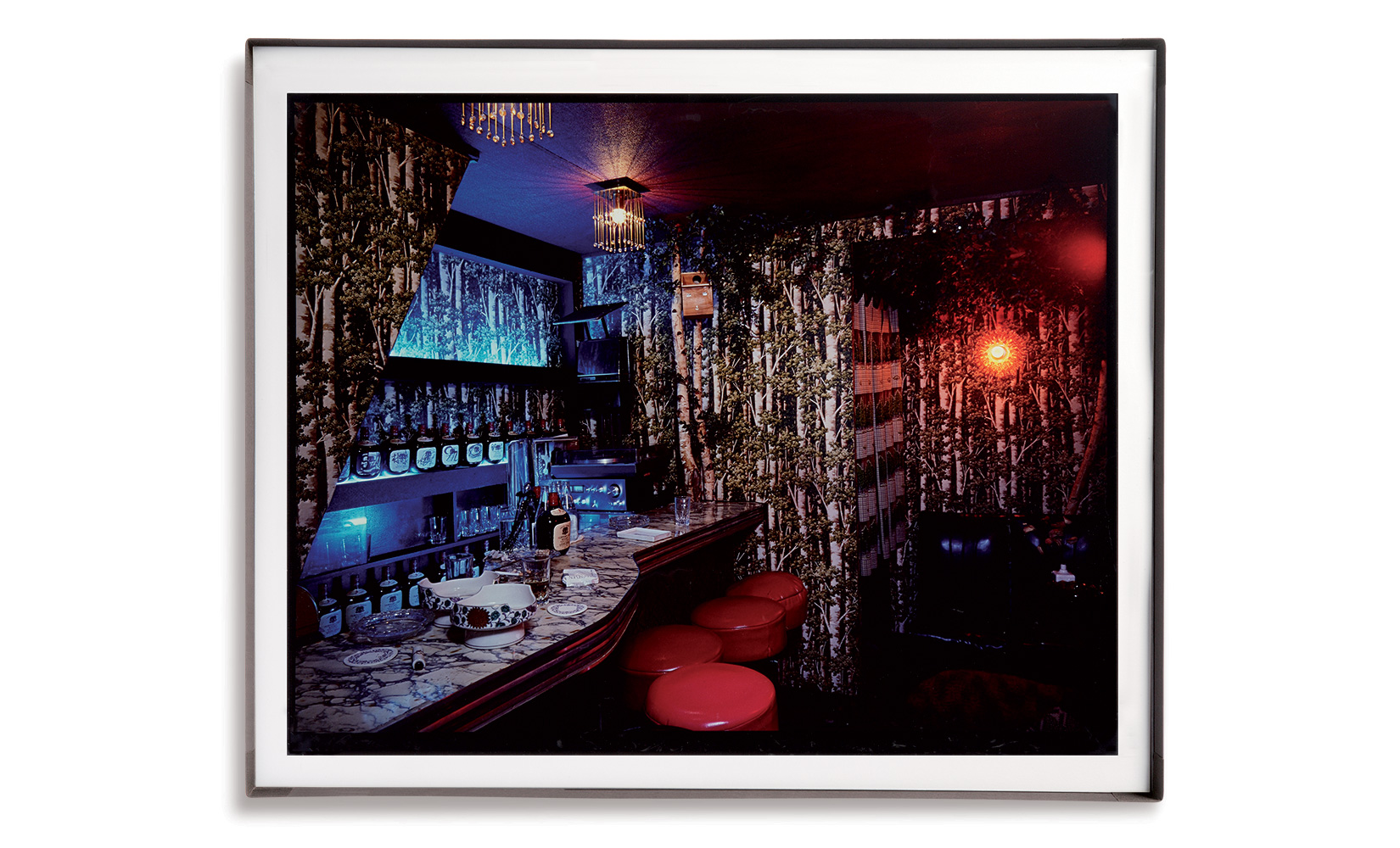 The five photographs re-grouped in Bars were taken in the early morning hours in several Lilliputian cafés tucked away in the neighborhood of Shinjuku, after the last customer has left.

Using a heavy and imposing camera measuring 20 x 25 cm, Takanashi has set out to record their motley interiors, the alignment of bottles of liquor, the film posters, the wall seating…

Everywhere, the imprint of a man who is, nevertheless, absent.