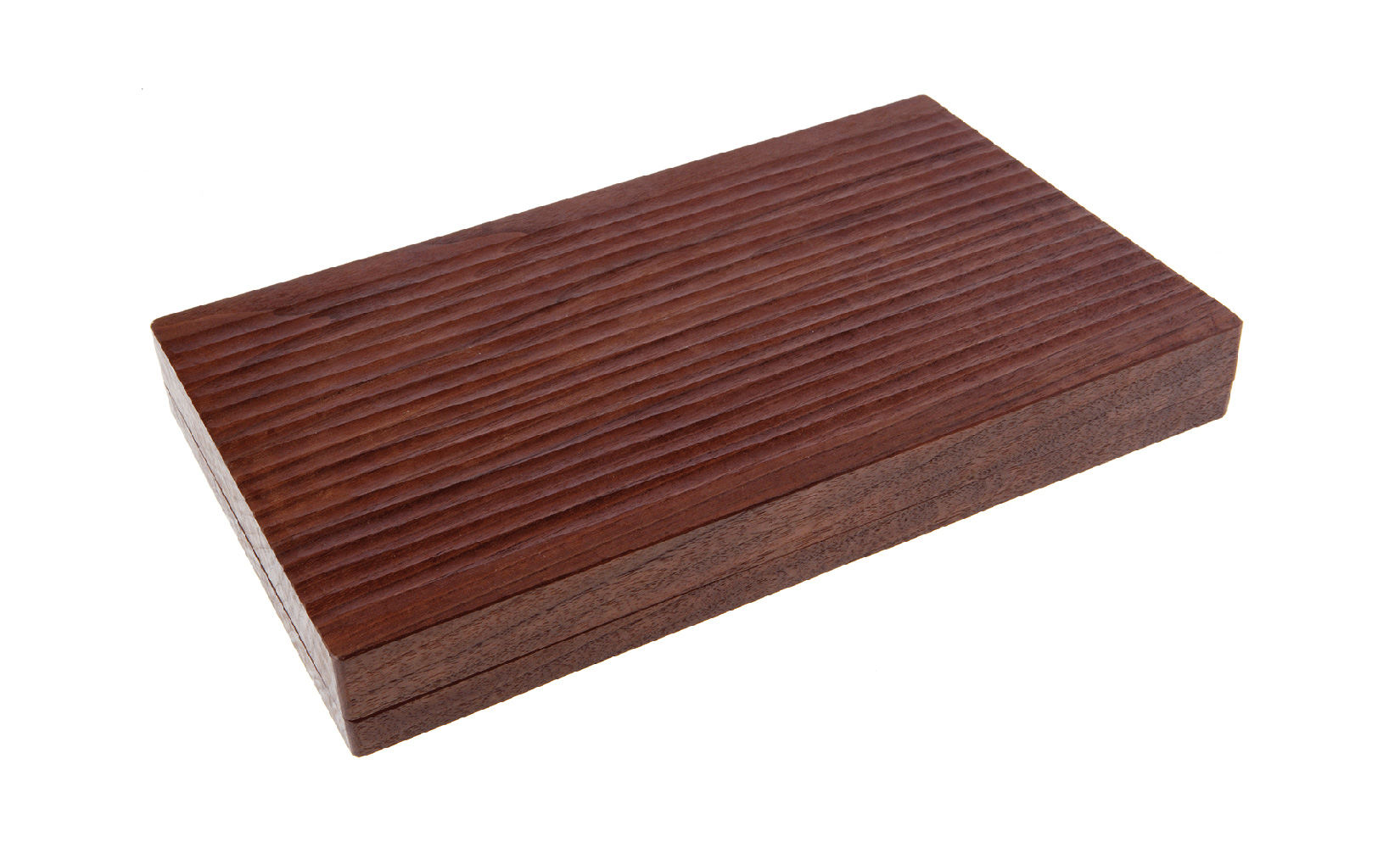 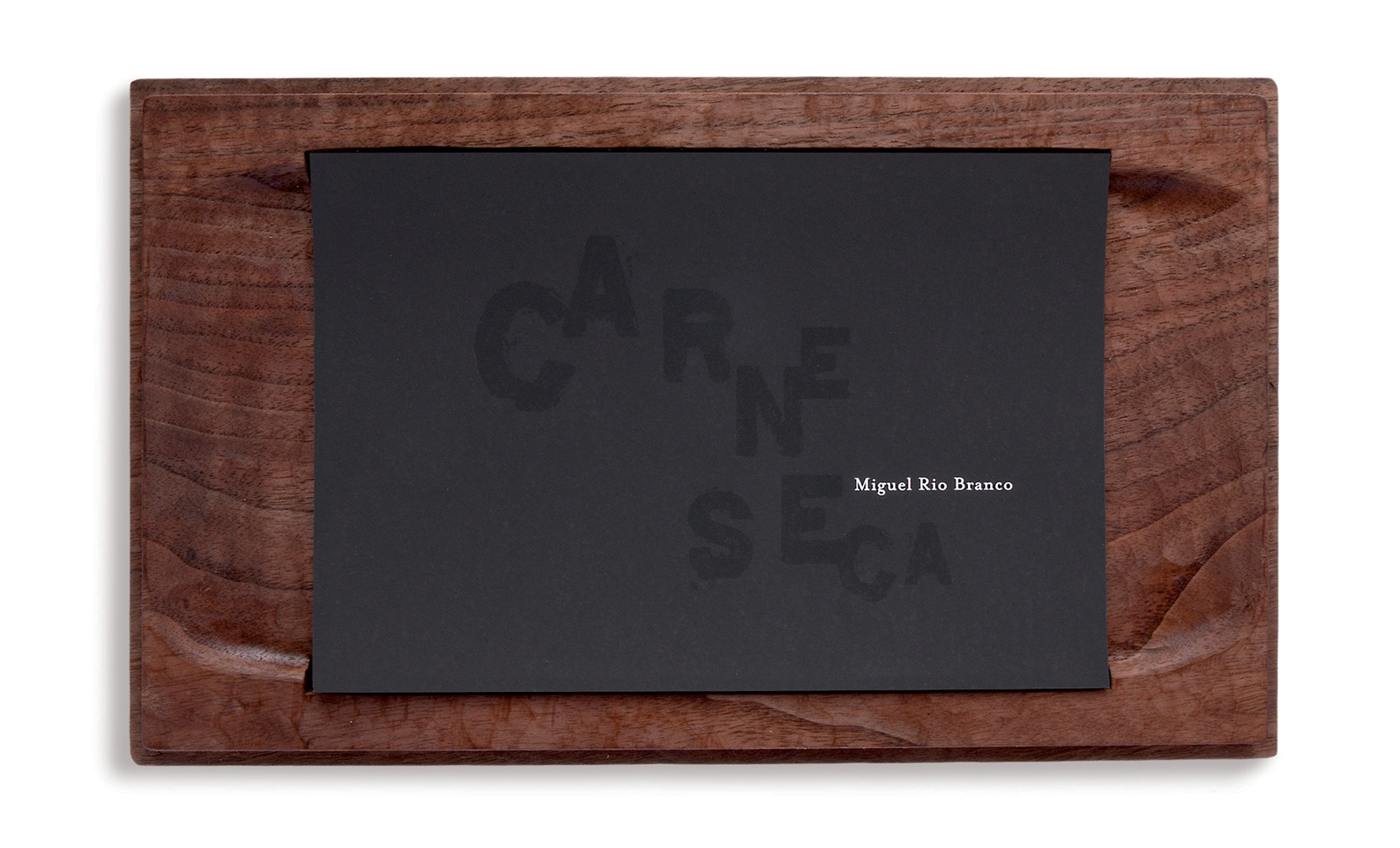 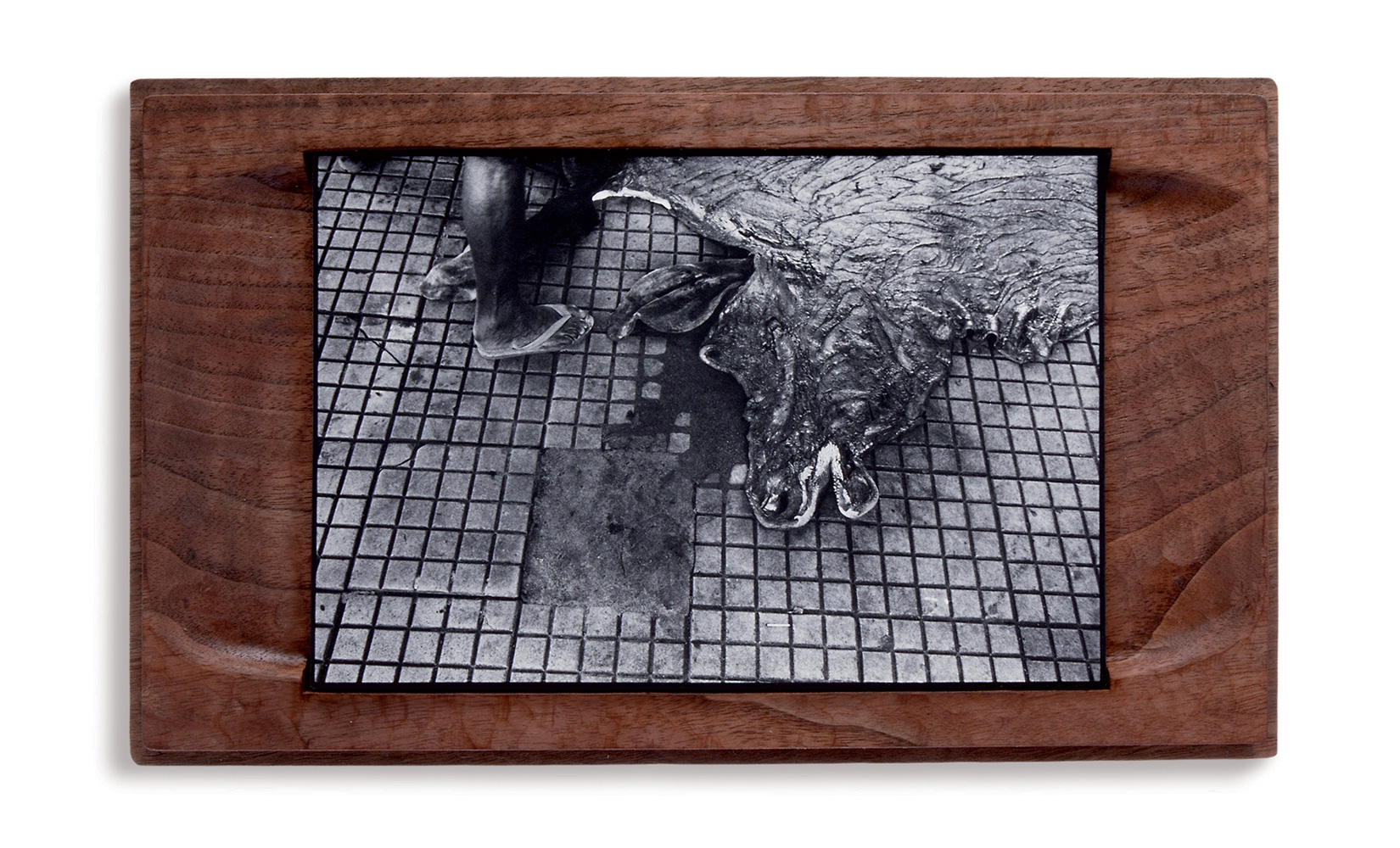 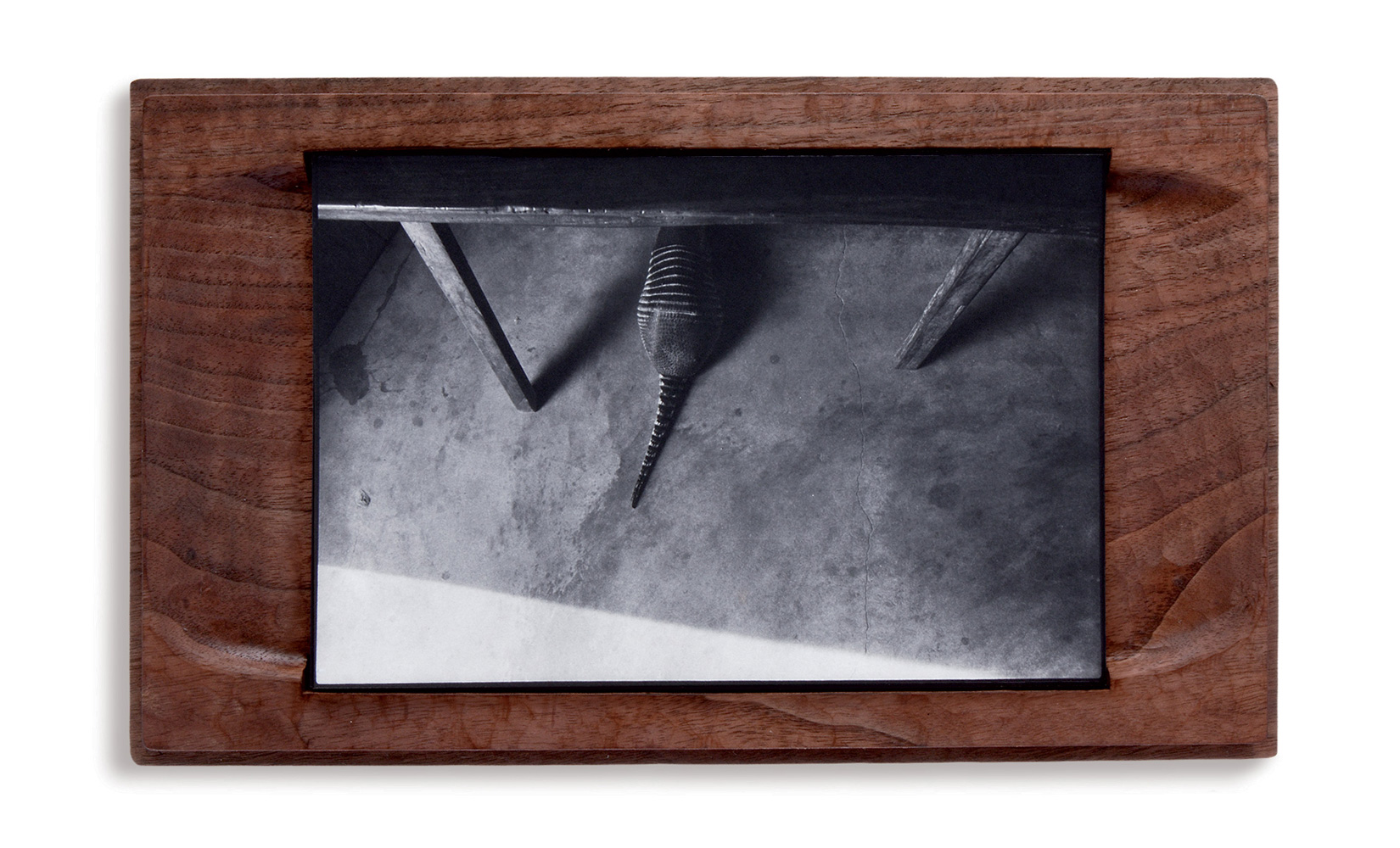 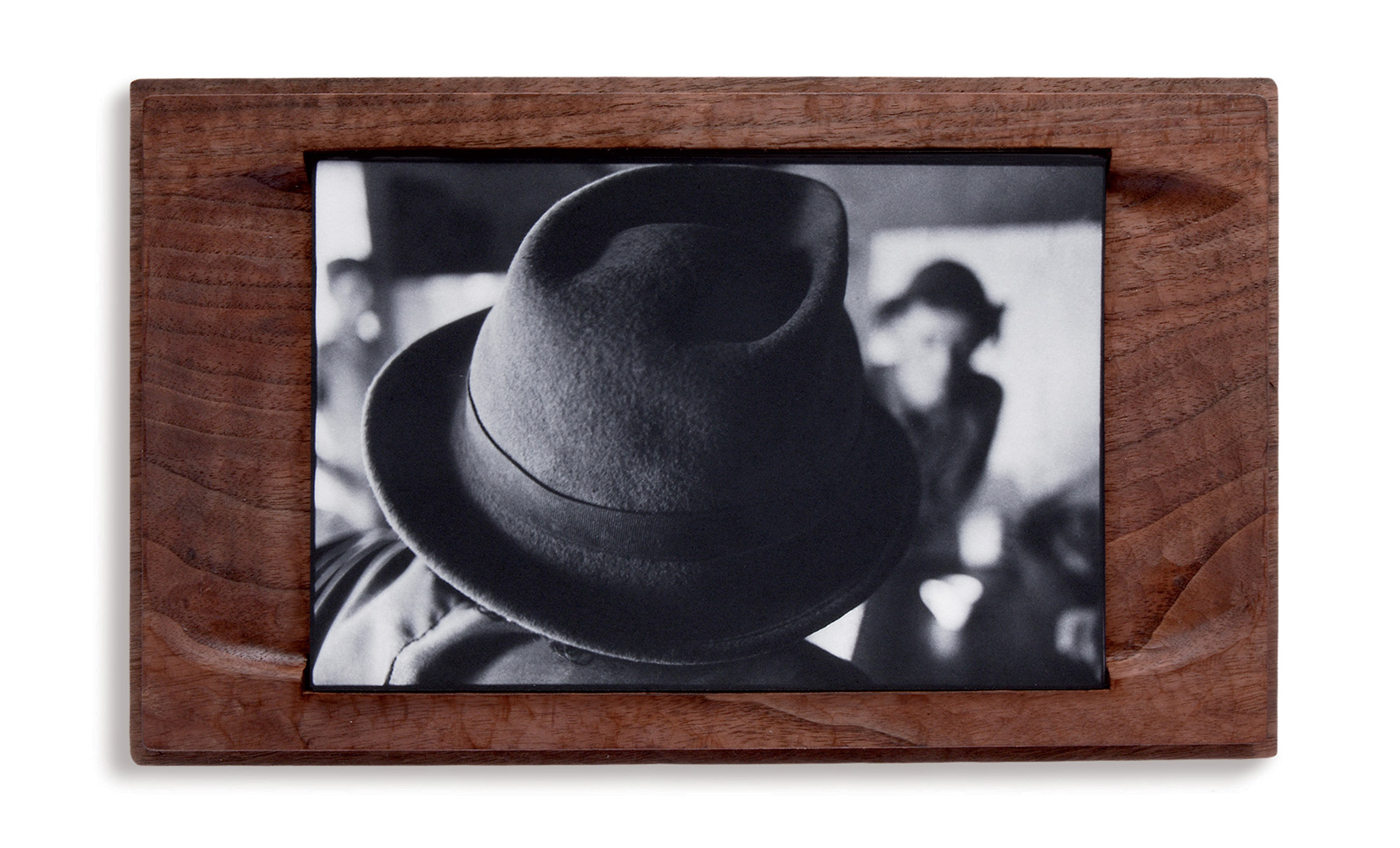 The four photographs collected in the Carne seca, wrought with decomposition and desire, are particularly representative of Miguel Rio Branco’s poetry. The Brazilian artist brings about an explosion of surface detail and texture –in felt, bark and scales– with each of the four panels resonating with a sombre and Baroque harmony. Each box, in black walnut, has been hollowed out with a chisel by Mitani himself, the top part decorated with chiselled lines. Here we see that same blend of simplicity and consistency or solidity that is so characteristic of the designer’s work.