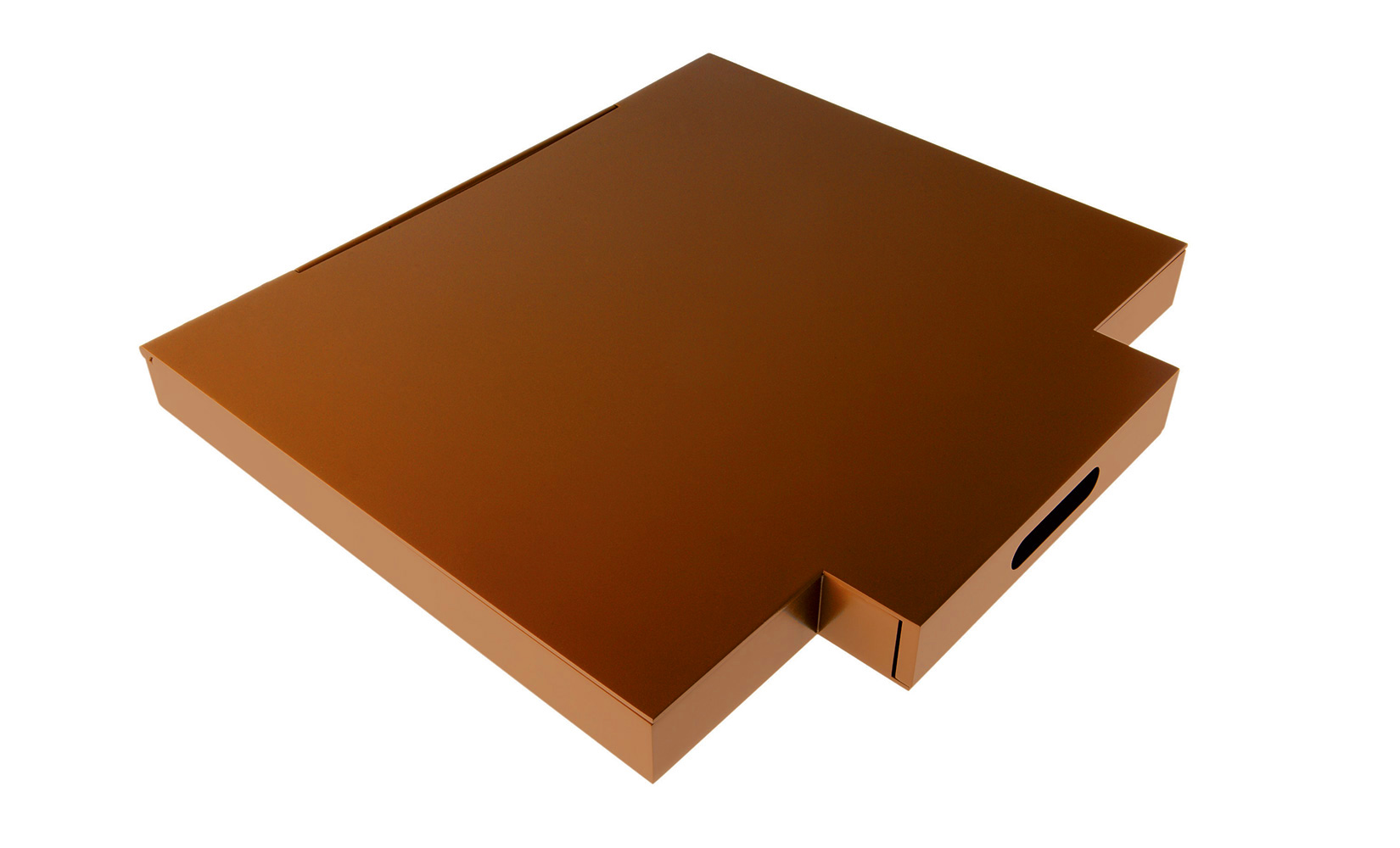 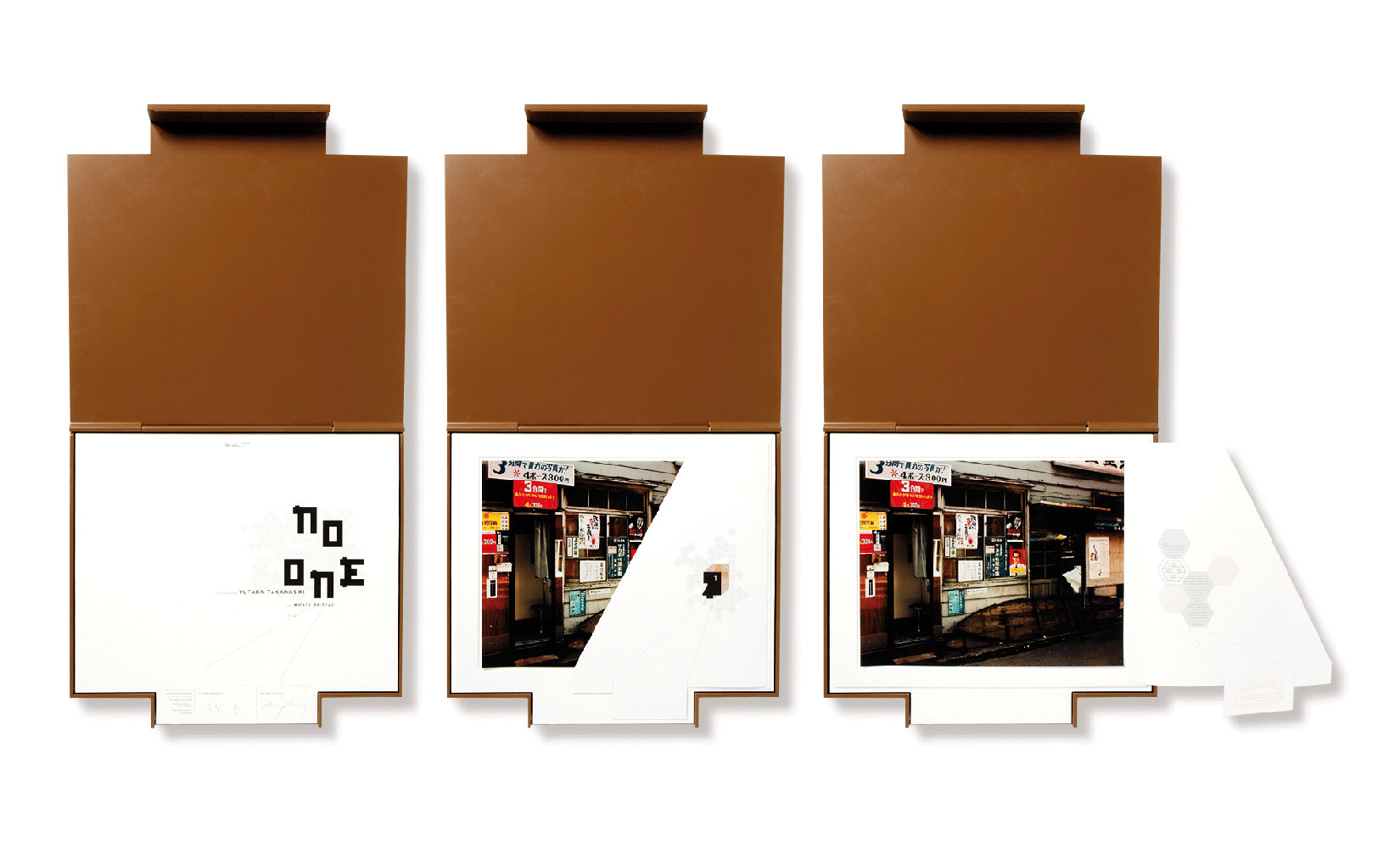 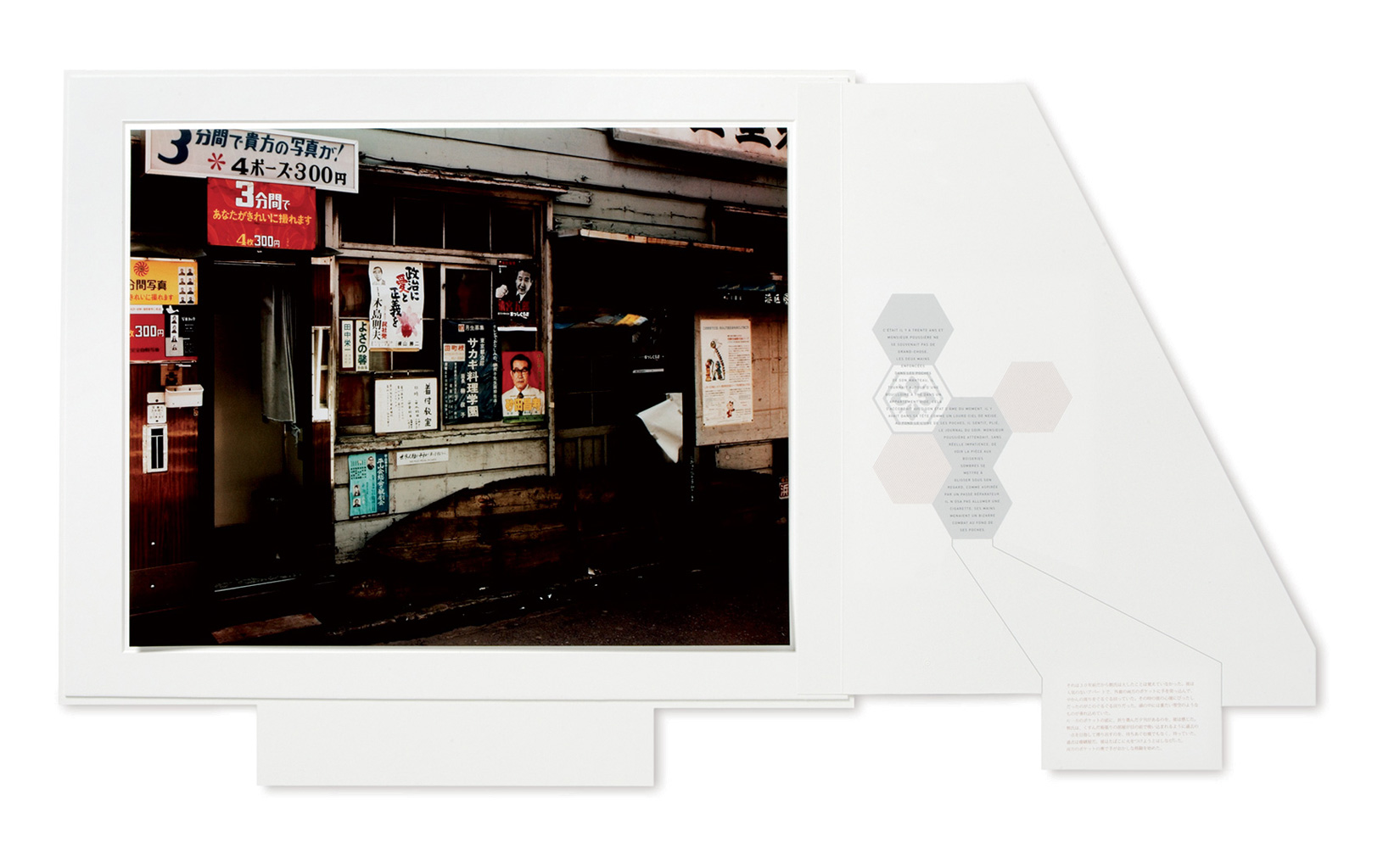 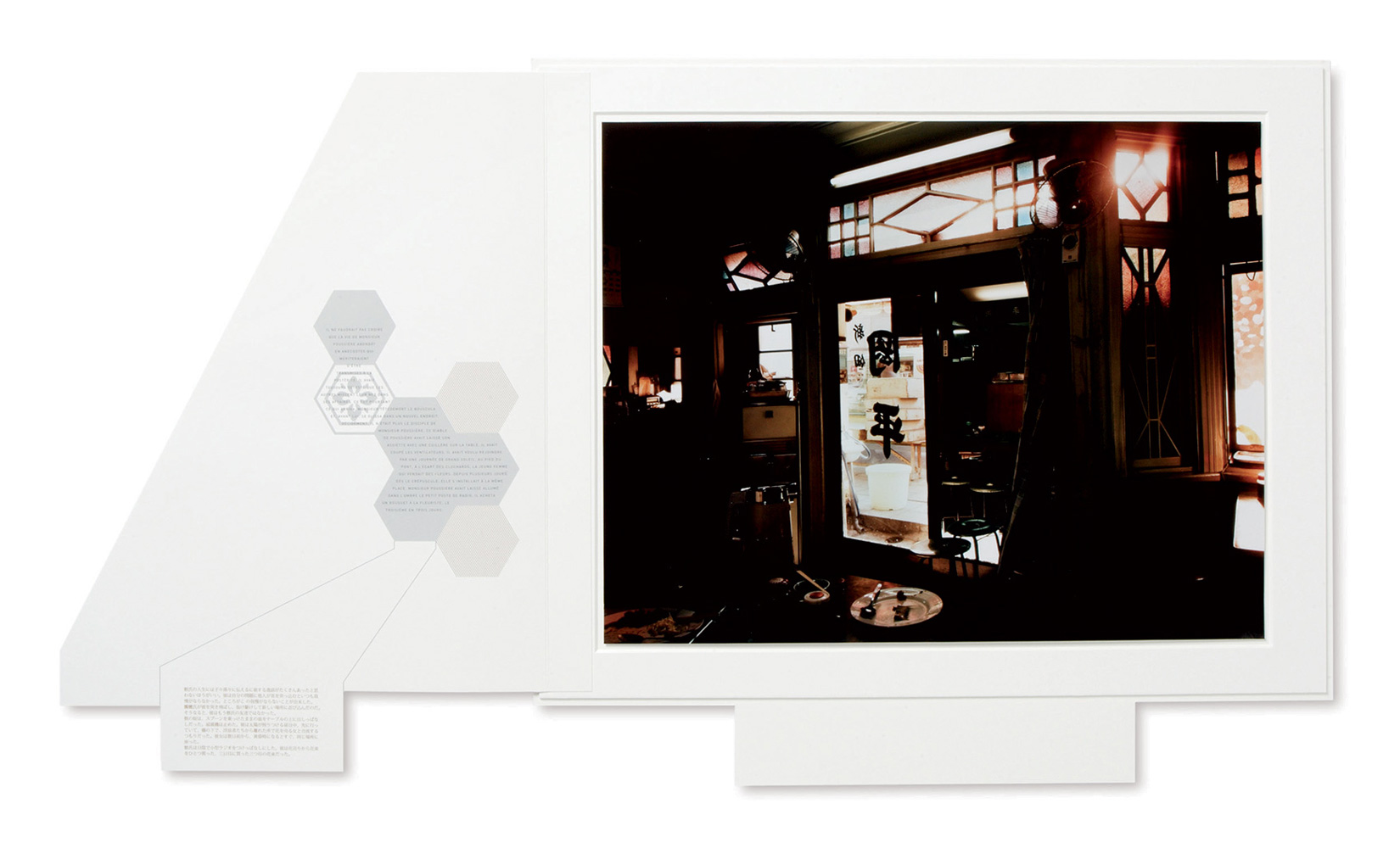 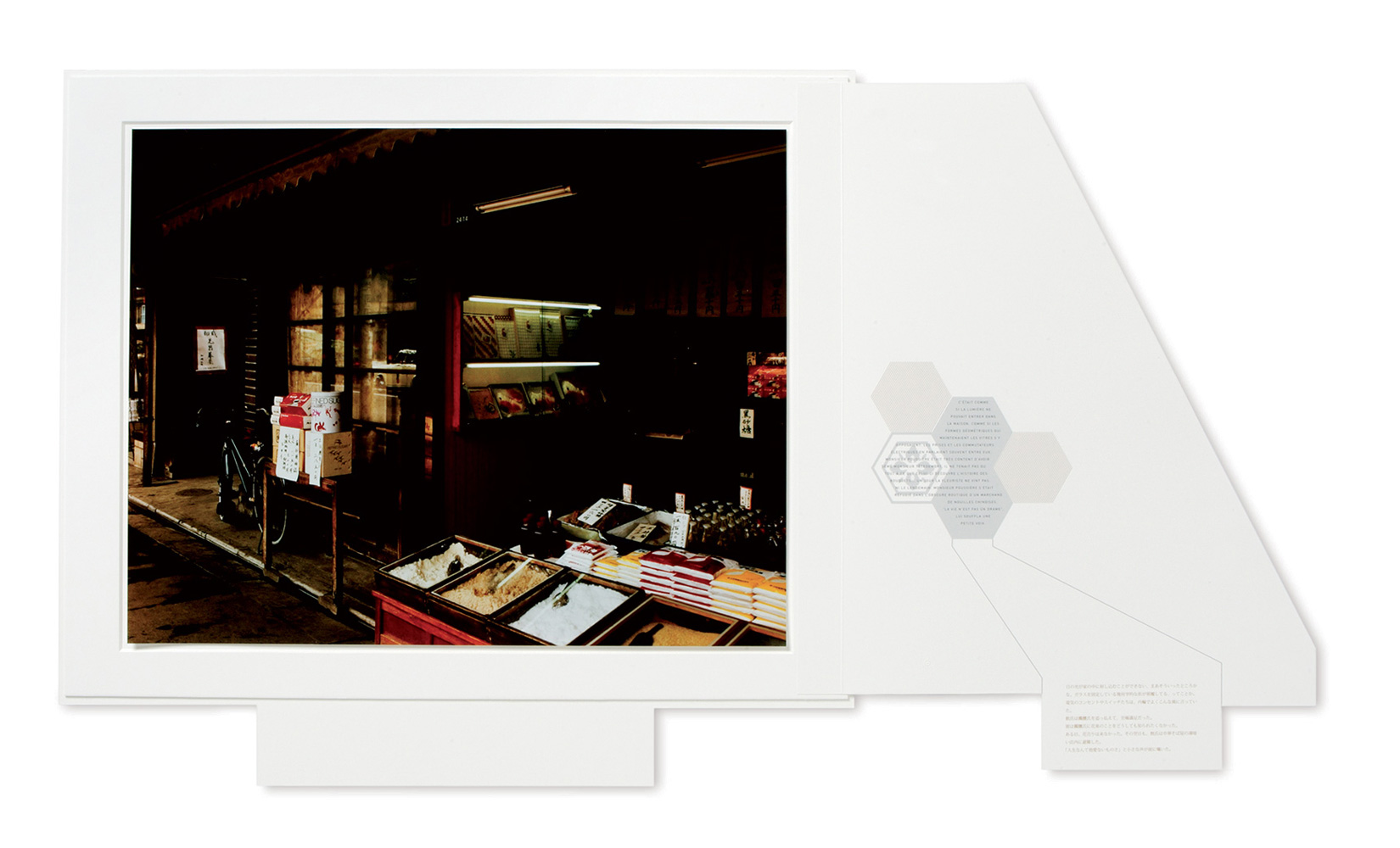 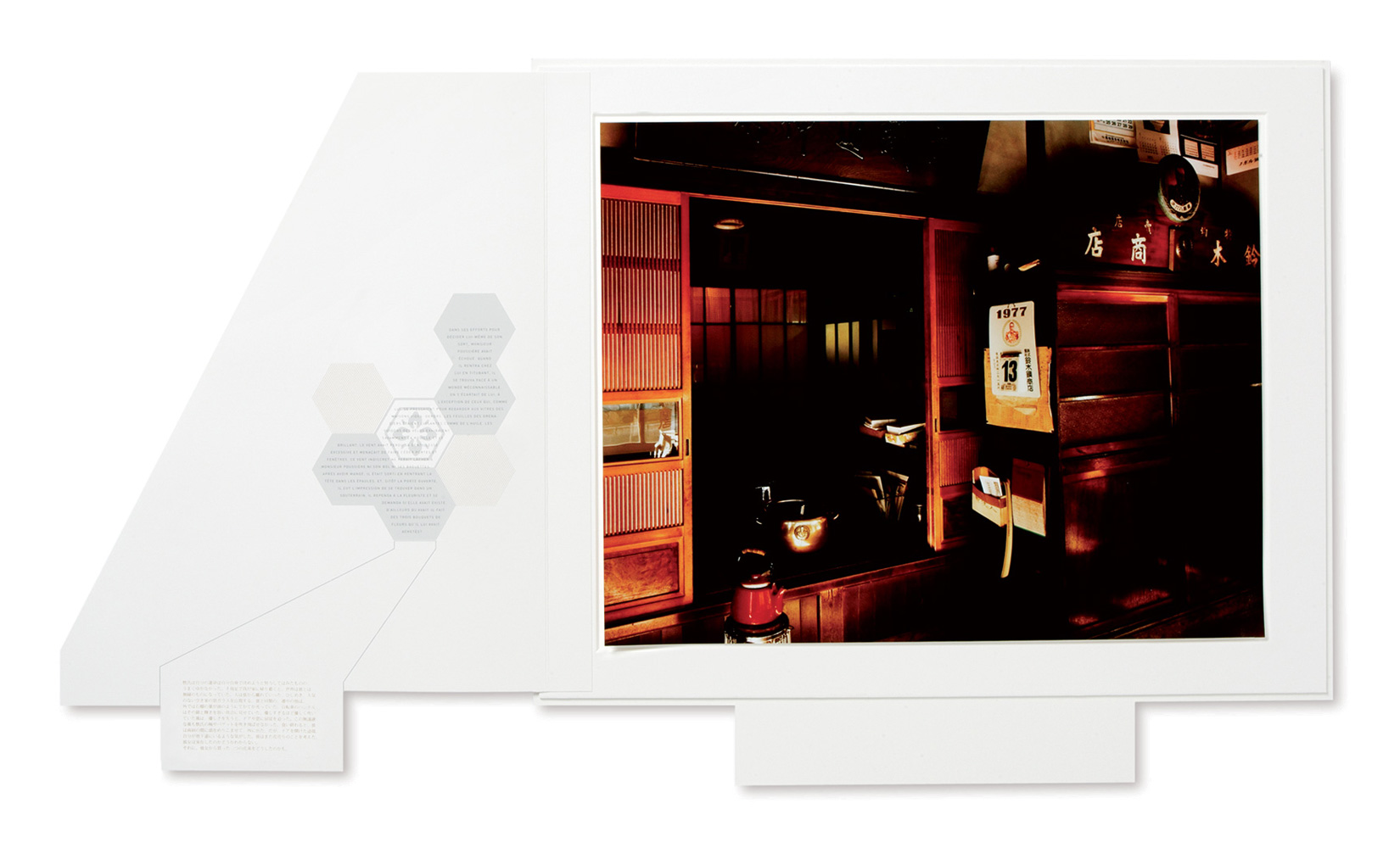 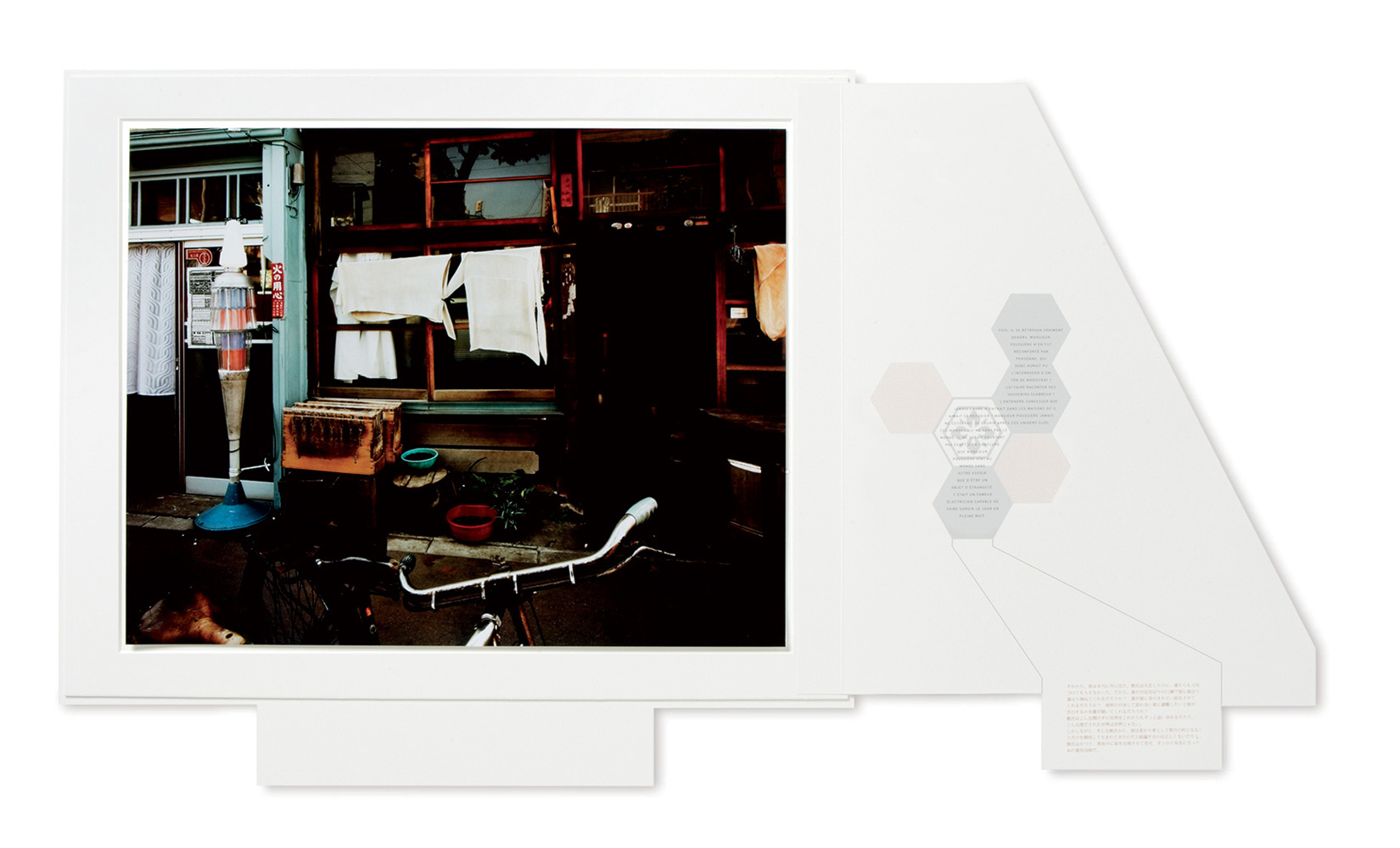 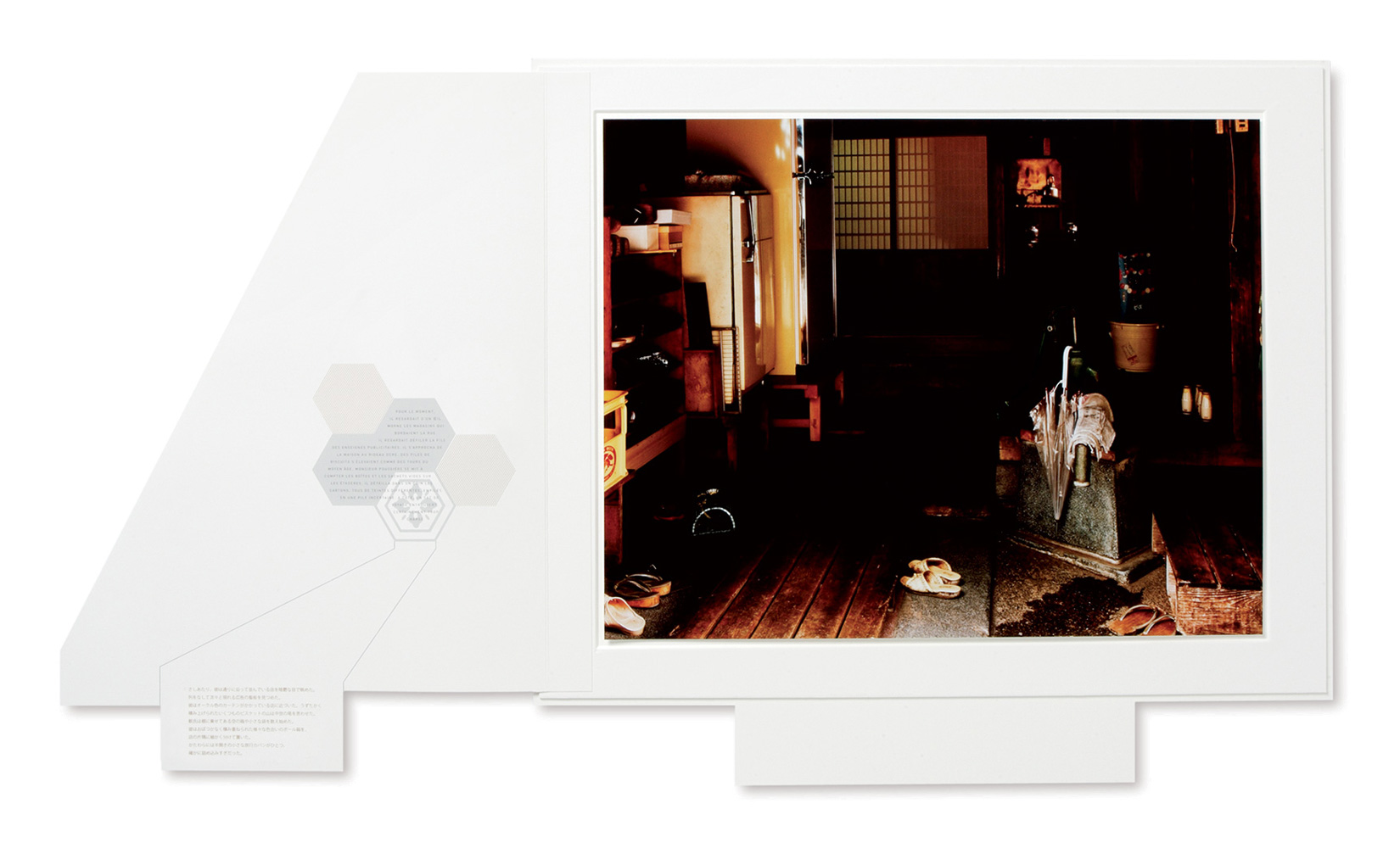 In the style of a supernatural tale, Michel Bulteau leads us through the meanderings of a certain Monsieur Poussière (Mr. Dust). His hands deep in his coat pockets, he ventures through the outskirts of Tokyo, entering deserted houses–photographed in great detail by Takanashi–and acquainting us with their objects. The photographs with their ever-present absence of human beings, set to the erring steps of Monsieur Poussière plunge us into an almost metaphysical atmosphere. The text follows the outlines of geometric shapes in gray and copper, influenced by traditional Japanese fabric designs.